he’s baking things. Here I thought baking was only for pies. Do I bake the texture still or is there a new workflow for the newer version of blender?

You can get a actual build from graphicall.org, there is a new automated “Bake from Multires” funktion.
http://code.blender.org/index.php/2011/06/baking-from-multires-data/
With 2.57b baking is like 2.49b, there are many tutorials about baking or have a look to the blender wiki.

OK, I’ve made this work with no trouble using a very simple setup, but when I try it on my real project (too big a .blend to post, grumble grumble), it gives the error “you should have active texture to use multires baker.” I can’t figure out what I’ve missed. I have a material with a texture that uses an image which I have up in the UV window, same setup I would use for normal baking otherwise. Does that error message give anyone a clue?

I think you found a bug, it works if you bake in edit mode. Baking in objekt mode crashes here too.
I´ll speak to the developer or file a bug report.
The bake resolution is set in multires preview, start with 0. 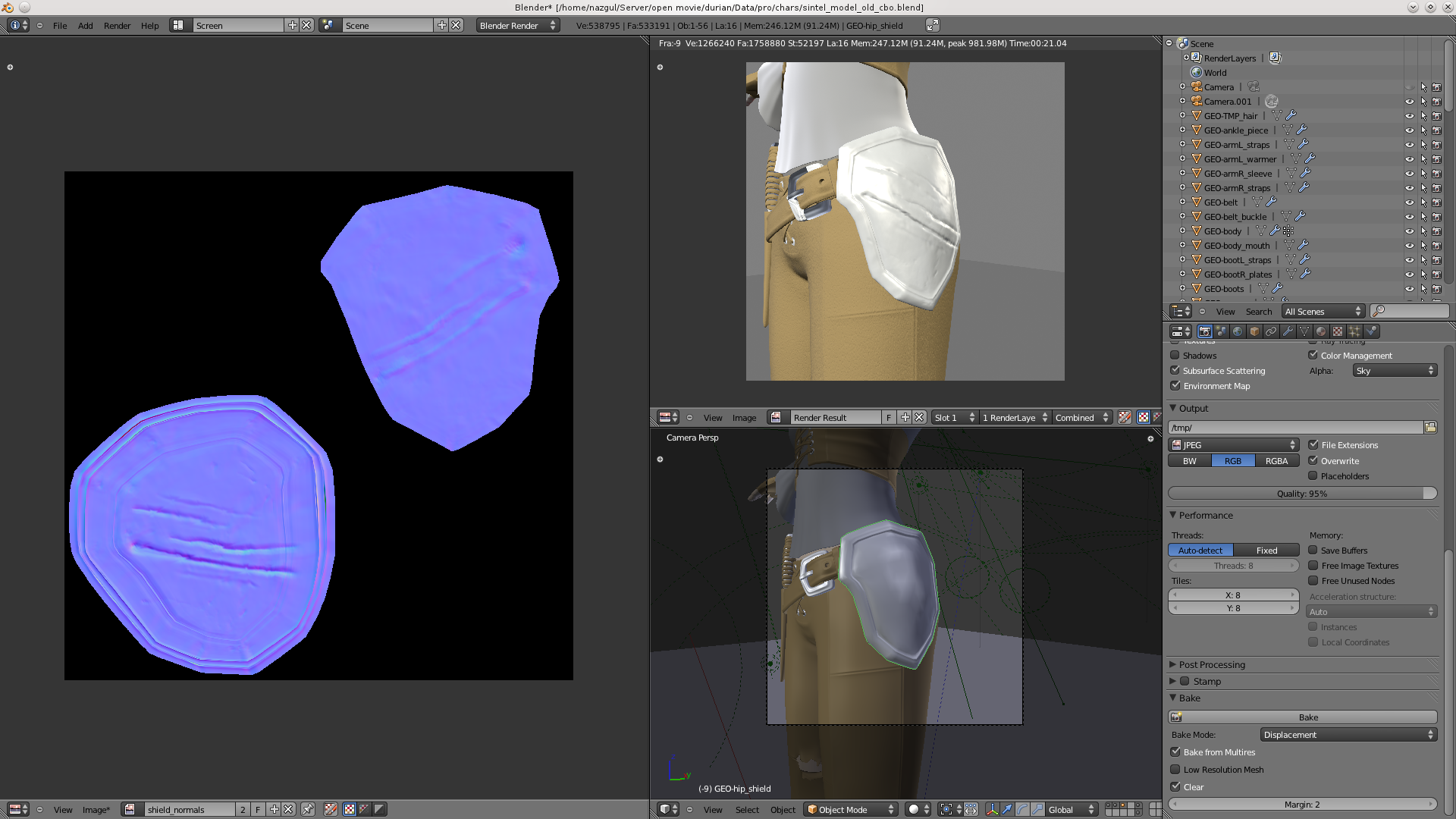 Hmm, at my end that’s true in my simplified test file, but in my actual project, it just takes 30 seconds longer to crash. Maybe I just need more memory.