Banding in brickwork (ie repeating pattern) : How to fix

Anyway, I’d just like to find a fix for the problem, and would appreciate guidance on this. I won’t be rendering the building up-close; just a far-off render. So I don’t need lots of detail. Just no horrible banding. Basically, the purpose of the work is to show how a building will look in 3D, based on the 2D floor-plans. 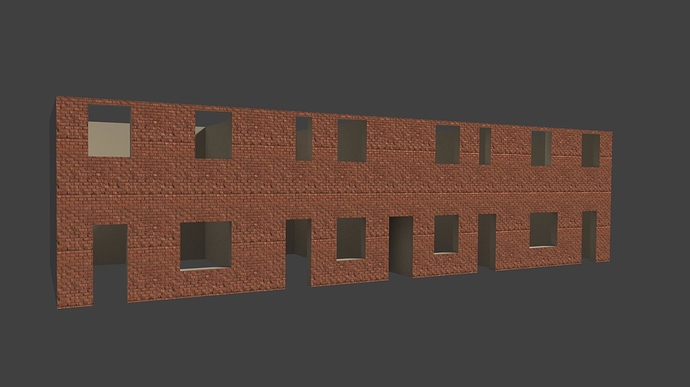 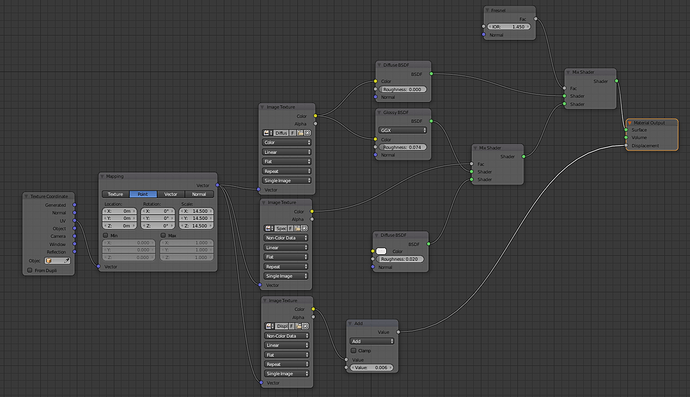 Morning ! I think you just need to fix the texture - make that seam stand out less by copying some bricks from the middle to the edge for example, or flat out removing the last row (that would be easier to propagate through spec and displace as well).

A very old trick is to have two or more similar textures, and mix them with a large noise mask.

Thanks, Hadrien & Secrop, for your replies.

Besides the very obvious horizontal bands, there are some other repeating patterns there. I’ve tried to alter the image, but am not getting good results this time. So, on this particular occasion, maybe the introduction of noise is the way to go. I’m not sure oif the node set-up for that, though. Can you help? Thanks

You’ll still need to have a second texture to do it (if more, even better).
And because it’s a brick texture, the bricks should match position on both textures to avoid the ghosting effect, but their colors should be different.
The setup is fairly easy: 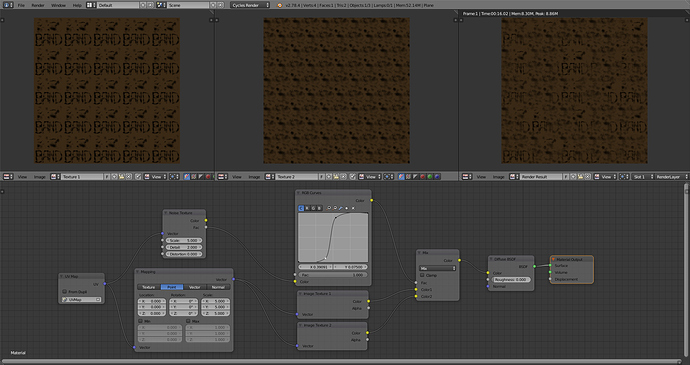 Thanks for the further guidance, Secrop. Your suggestions have certainly helped overall, though the obvious horizontal banding is still there. If I possibly can, I’d like to find a workaround via the node set-up etc rather than by going back and altering the image textures (which in any case might be troublesome in itself). Please see the latest render and node-set-up attached. You’ll see that, at your suggestion, I’ve added a further image texture (I just created it by altering the colours of the image texture I already had) and noise. In fact, I’ve added two levels of noise. (I thought I might as well give that a try).

I found the following ‘Avoiding repetitive textures’ Youtube tutorial : https://www.youtube.com/watch?v=bd9DrNr3idY I’ve tried to work out how to introduce the masking method described, but am not understanding exactly what I need to do, and have had to walk away from it for a while. (You’ll see a group of nodes, including colour-ramps etc, unattached to anything, in my node set-up. That was the beginnings omy attempts to follow the method described in the tutorial). I appreciate I’m asking one question after another, but : do you know how I can introduce the masking method, to texture-paint out the ugly horizontal bands, as well as to introduce a little more random variation into the brickwork ?

As always, Thanks for any guidance. 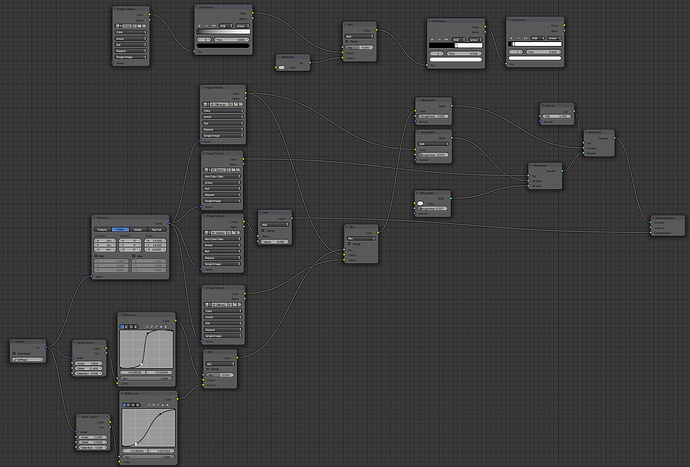 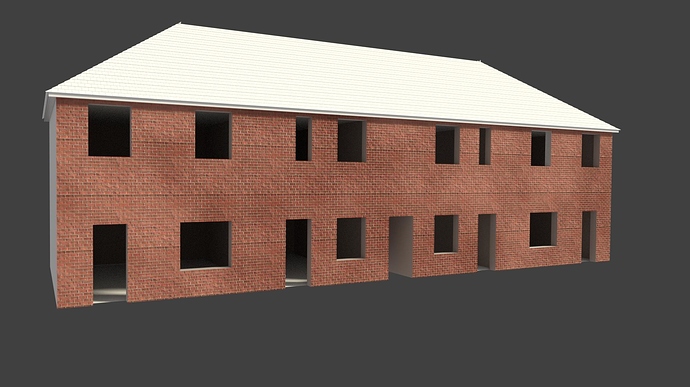 I would go into GIMP or PS and just snip the bottom row of bricks off and try that.