Soooo… I’ve been experimenting for a while with some ideas and “the thing” it’s only starting to get a real structure.

I was playing around the concept of Barcelona in 2099 ('cause it’s where I live and 'cause it’s a nice number) and I was mainly focusing on the world building aspect but gradually a story began to form in this world I was building and I couldn’t stop thinking: how cool would it be to create some kind of short movie, series or at least something that take place in Barcelona by 2099.

So the idea of Barna99 was officially born.

In 2099 Barcelona is surrounded by the desert, overpopulated and extremely polluted. The world by that year is really fragmented and crowded of differents factions and alliances. Humanity is on the verge of a global conflict for resources and habitable land.

Nomadism became a really common lifestyle in Catalonia and a lot of little communities started forming. The vast majority of these community were pacific and just a way to survive for a lot of people, but "highway pirates " also became a thing and travelling between cities became again a really dangerous activity. 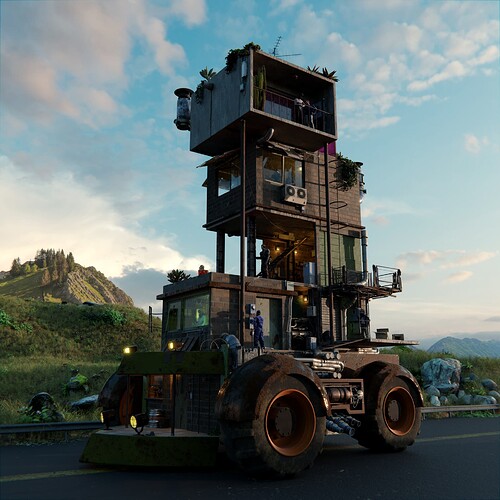 While I was working on the main storyline and characters, I thought it would be fun to imagina some brands and products to put’em in my scenes since the beginning.

So… as a former chef, I couldn’t start anywhere else than a restaurant chain. 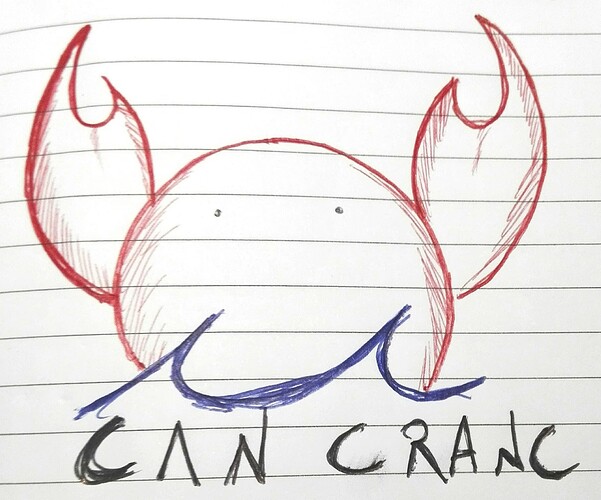 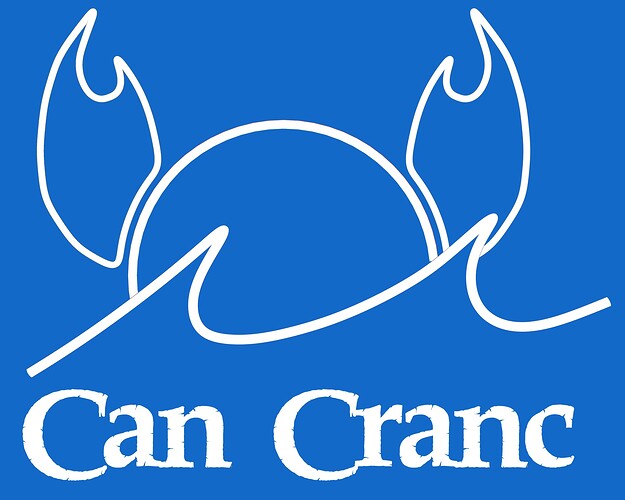 The first Can Cranc was opened in 2021 in Sant Andreu de Palomar and it was an astounding success. It rapidly grew so much that it became the biggest fish restaurant chain in Catalonia in just a few years, opening over a dozen restaurants in Barcelona and a lot more in the rest of the region.

A really large number of characters came to my mind when I was starting to wonder how to populate the world I was building.

I’ve always loved teogonic myths, especially when they combine really ancient traditions and folklore with a cyberpunk dystopian future ambientation (and considered that this is a passion project… why shouldn’t I do exactly what I like?)

Gaia is the ancient goddess of the earth, personification of nature and protectress of all living creature on this planet. 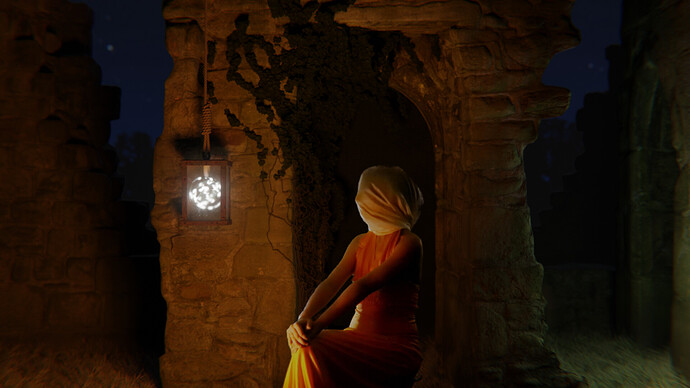 She exists since the beginning of the earth, working to maintain the equilibrium on the planet, but she lost her powers and her memory in 1986, due to the Chernobil accident.

The explosions caught her while she was trying to prevent the disaster and, even if she couldn’t die, the shockwave left her almost powerless and amnesiac. Since then, she lives working as a herbalist, often changing city and trying to discover who she is and where she came from. 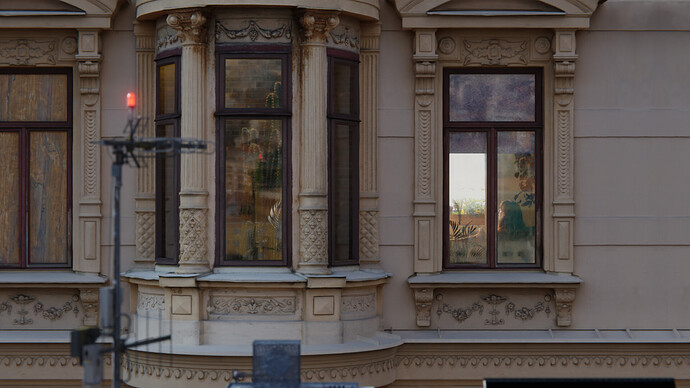 She arrived in Barcelona in 2070 and settled in a little house in the market district, opened a natural remedies shop and slowly renounced to her quest, tired and frustrated from decades of failure. 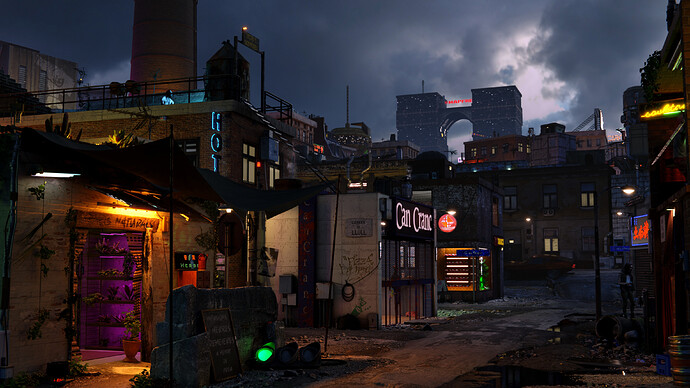 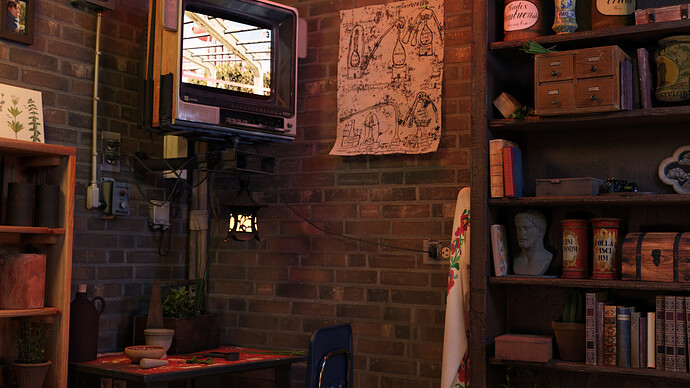 I couldn’t imagine Barcelona in the future without beer (even in a dystopian, gritty, dangerous and post-apocaliptic Barcelona, people here wouldn’t stop needing a “caña” and some “bravas”).

So I imagined a really standard beer, the one that you would drink with a slice of pizza in front of the tv.

“La Condal”: the most common beer in Barcelona by the end of the century. 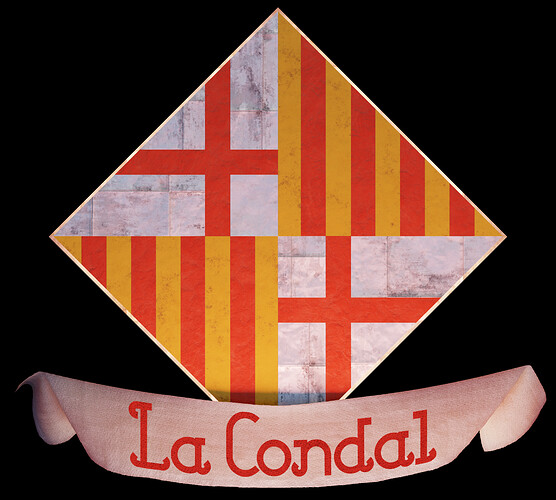 I started with a logo and a little bit of backstory before trying to render out some product shot. 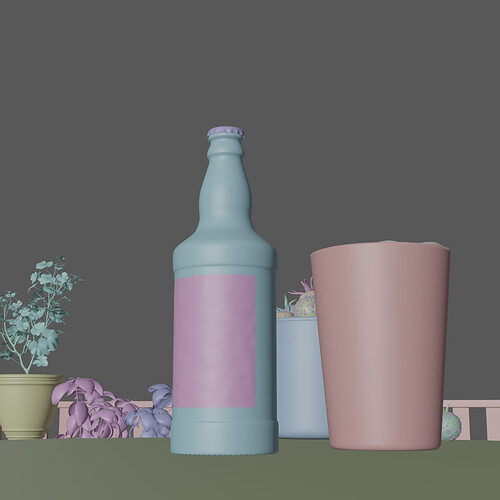 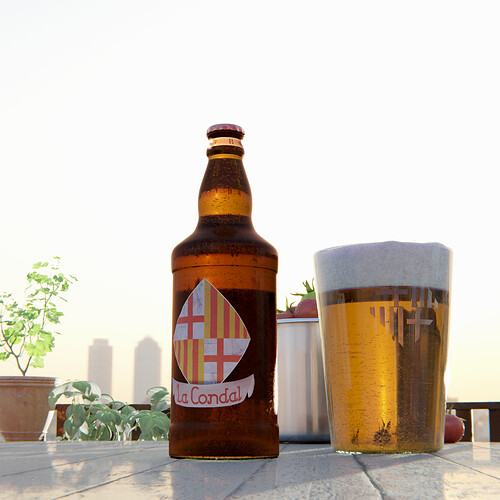 I think I should try some variations, like different flavours or something like that. I was also trying to pull out a little advert for this fictional beer.

The coprotagonist of this story is Aristeo: a human made immortal by Gaia thousands of years ago so that he could live with her, become her ally and help her in her struggle to protect the earth. 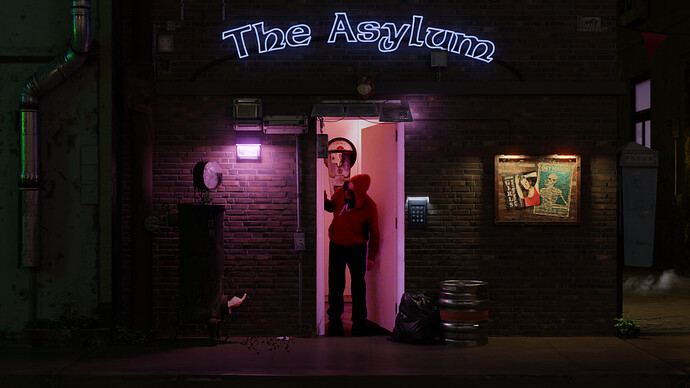 p3101920×1080 320 KB
He lost contact with her since the accident and spent the last decades trying to find her, travelling from one continent to another and keeping on protecting the earth: in the last fifty years or so he occupied de facto her role as a protector of the planet.

Aristeo arrived in Barcelona in 2044, but he didn’t know that gaia was there until 2099, when our story begins.

Chek out the full article and breakdown on Blendernation here ! 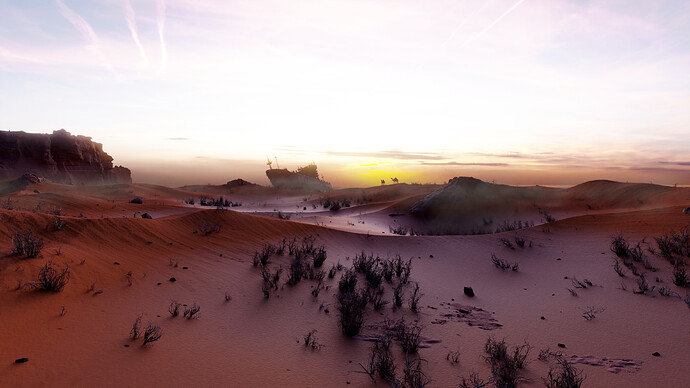 This environment is meant to be an establishing shot for an entire episode of Barna99 set in the Costa Brava in Catalonia. At first, I was planning to add a lot more greebles and rubbish on the ground, to really sell that not so long ago the entire area was covered by water in a really polluted region, but in the end, I liked the spare and minimalistic ambiance.

At the moment I’m working on a green screen element of a merchant dragging his goods, animating those camels to switch the placeholder image with the full walk cycle and add a little bit of a heat distortion over the horizon (I’m following Ian Hubert’s technique and it’s actually just a shading trick so…pretty exciting!).

The biggest part of the work has been done in Blender and the desert is actually just a plane with a really fancy displacement texture put on top and some shading tricks: I mostly followed Martin Klekner’s technique in the beginning and then added nodes and textures to achieve something more organic with the other environments I was working on for the series. For example, I was trying to get a desert that was less dusty and more rocky looking, like the sea had dried out somewhat recently and just a few years have passed since that region became a desert.

For the cliff, I just combined 3 different assets from Quixel Megascans and only tweaked the Roughness and AO maps a little to make them even less specular than the original (I really don’t like to touch the “specularity” slider. In the beginning, while I was still struggling with the mythical Donut, I heard that it’s not really accurate to mess with that option and it stuck with me).

Then I spent a long time tweaking and experimenting to get the atmospheric effect and finally settled on three different layers.

First I created a gradient texture and applied it to some planes to obtain a mist effect that’s denser near the ground and fading to transparency on the Z-axis, simulating the haze created by the sand and humidity near the ground.

The second stage was to use a PNG of a masked smoke element and set it up for a particle system. Because the desert plane only has 4 vertices and it’s displaced in the shading, I needed to make a little trickery to put the particles onto the plane (and it’s actually a useful technique I always use to put things floating on water, unless I’m using dynamic paint): the first step is to bake the displacement and export it as a black and white image, then set up a plane with a fair amount of subdivisions and a displacement modifier using the exported image as a texture for the modifier. Ideally, the plane displaced in the shading and the one with the modifier should get a similar shape, but you probably have to tweak the scale of the modifier a little; then it’s just a matter of placing your particles on the mesh that you had applied the baked displacement on and making it invisible. A really simple recipe.

The third and final step for the atmosphere came in the compositing, where I mixed in a mist pass to get more separation between the near foreground and the more far-off dunes.
Finally, the grass element is another asset from Quixel Megascans and it’s just set as a particle system using the same displaced plane of the smoke particle system.

Other than that, I only added Ian Hubert’s cargo ship asset in the background and rendered two PNGs of a camel from slightly different points of view, then imported those images as planes into my scene as a little detail (the camel model was really dense in geometry and, considering the distance at which I was planning to put those camels, it made more sense to use the rendered silhouettes rather than the model itself).

The color grading stage was done in DaVinci Resolve and I just tried to blend everything together with a subtle orange tint and a little boost on general highlights.

Around 2040, in the “Gotic” and “la Ribera” neighborhoods started growing the biggest market in Barcelona, rapidly becoming just “el mercado” (the market) for the vast majority of barcelonans.

As the years passed, the market grew in size and started looking like a little city inside the city, with his own rules, languages and factions.

The main resource around wich the entire market economy orbited was drugs: above all, the market district in Barcelona became the biggest production center of “mosto”, a really common drug by 2099.

It’s here where Gaia lived for about 20 years before Aristeo could be able to find her, selling natural remedies to people who couldn’t afford medical treatments. 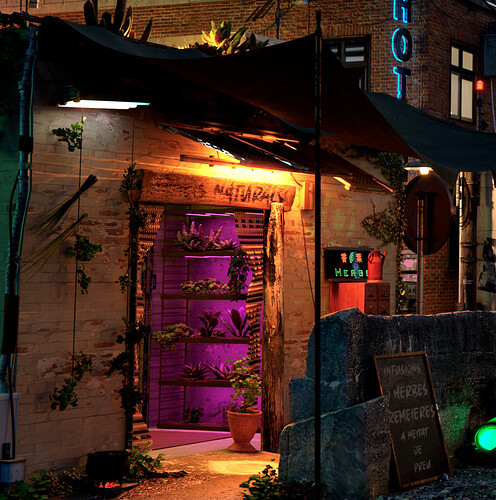 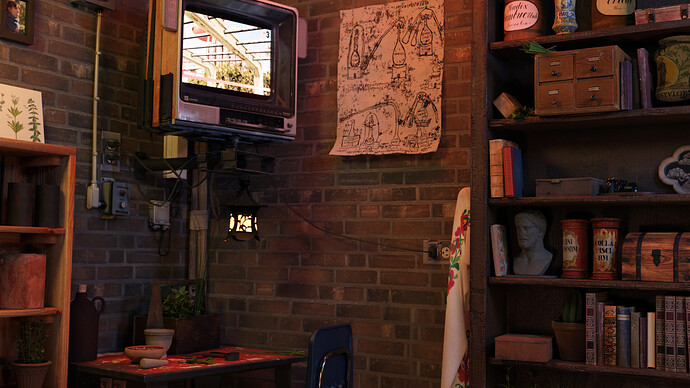