Finished Batman Arkham Origins the other day and I liked the falling snow from the startup screen so I thought I would try to create that effect myself. Once got 30 minutes into the project I realized I needed something in the scene to help give the scene depth. I immediately thought of the batarang. I plan on having the batarang fly from one side of the camera to another and also have it move/accumulate snow as it flies by.

Here is the snow that I initially created. (3 particle systems with different mass and a force field/turbulence to control direction) 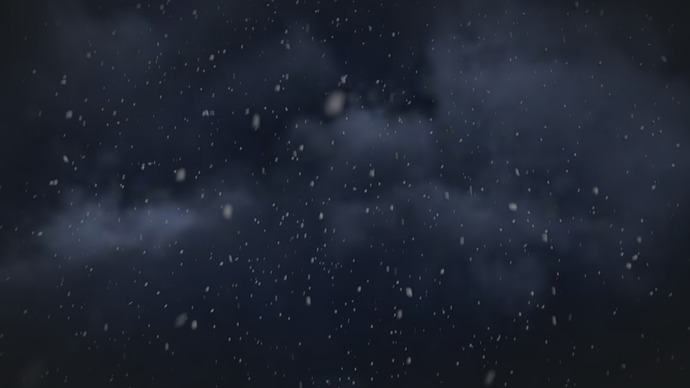 This is the batarang, it was pretty easy to model. I still need to put Bat’s logo in the centre, Im not sure if i want to do the one from the game or use the Dark Knight logo which I already have created. 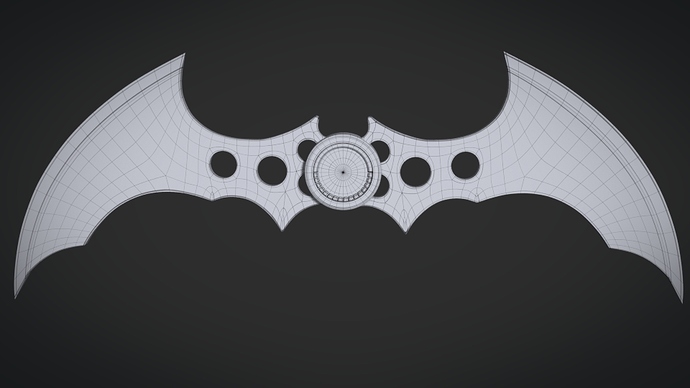 I have empties which allows for the batarang to open and close its wings. I would like to show it closed or opening during the animation but I don’t see how it would fit into the animation. The only viable way is to show batmans hand open it and throw but I really don’t want to model the hand. Maybe if I create a turntable I can show the wings opening and closing.

This is where I left off last night. I textured the batarang and took a test render of it with the snow. 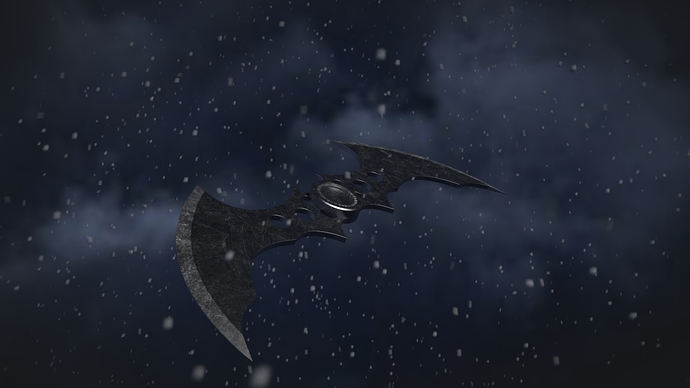 Great model! Very clean geometry, and looking good so far. I would suggest toning down the grunge (scratches) on the batarang to give it a more sleek look. The texture is too much. You want the scratches, but much more subtle. Doing good, keep it up!

Here’s the animation so far. Still needs a lot of tweaks.
Render was done at 25% of target resolution with only 50 samples and no motion blur. All this will be bumped up later but for now i just wanted a quick test render (Each frame took about 6 seconds).