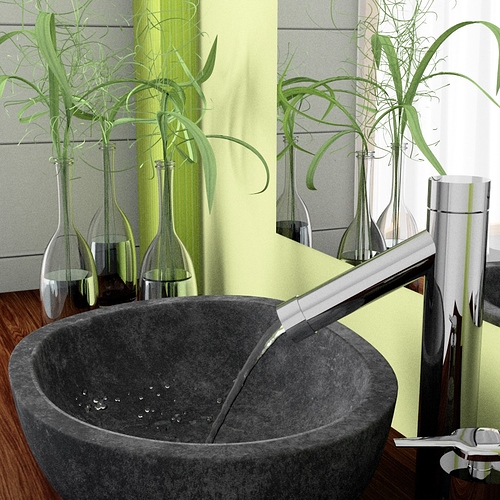 Looks really good, The angle is a bit weird in my opinion and it looks like the water is coming out of the upper part of the tap when usually it just flows out of the bottom since it would have to have a lot of force to push out rather than just fall out at that angle

But other than that it looks swell

Thank you for your opinion

Love those tangled plants on the bottles, they look fantastic and the water droplets in the sink is very nice too.
I’m not totally convinced by the material of the sink, I think it might be to mat and need a bit more gloss. The render is also a bit noisy some places.
but overall I think it’s a very nice render

I know what you mean, but this render took me nearly 4 hours (with 800 samples).