Hello again everyone! This is the Tirpitz, a German world war 2 battleship, sister ship of the Bismark. I decided to make this ship because I thought the camouflage looked awesome, and I built a model ship (A real one) of it a good number of years back. My goal was to work on my modelling skills by trying to be as efficient and fast as I could by using more addons and modifiers to help. I used cycles for rendering, with blender internal for the smoke. Anyways, comments, questions, and criticisms are welcome 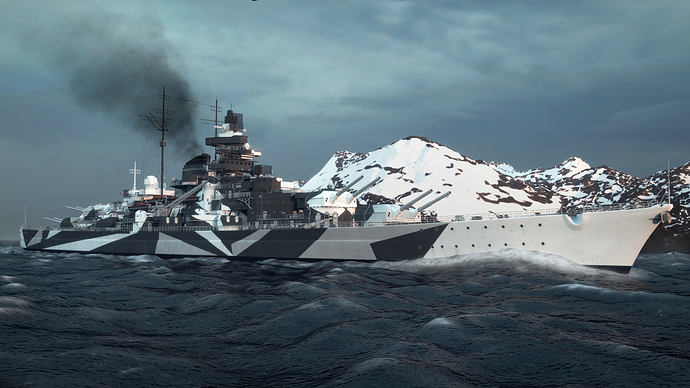 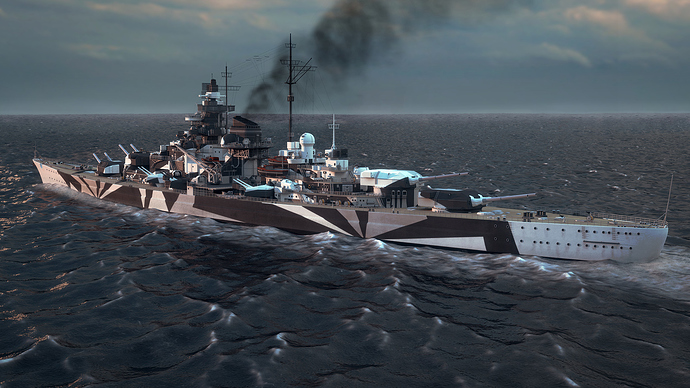 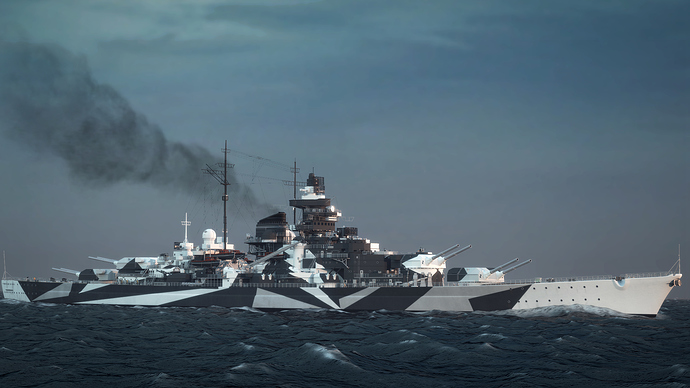 Also, the model is available for download here: http://www.blendswap.com/blends/view/67676

Shes a beauty! Well done man! Love the camo!, btw was this camo really in the real ship? its pretty badass!

Very good model!!! I don’t like very much the waves…

@@123ERTYY Thanks! This camo was used, along with many other patterns over the ships life.

@@andrea.ailic I do agree about the waves, they need more work. They aren’t great, but then again I didn’t put much time into them. 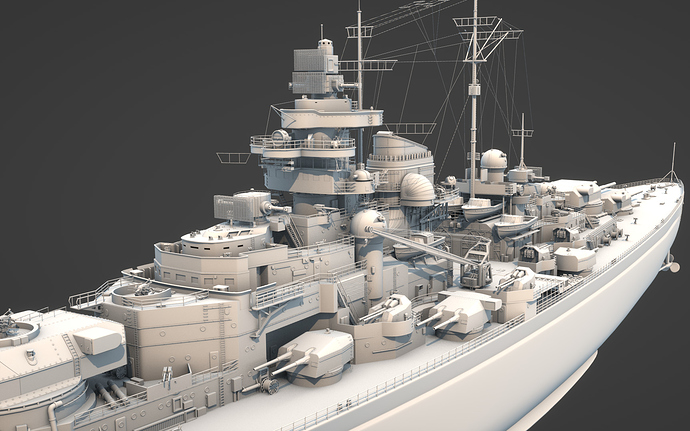 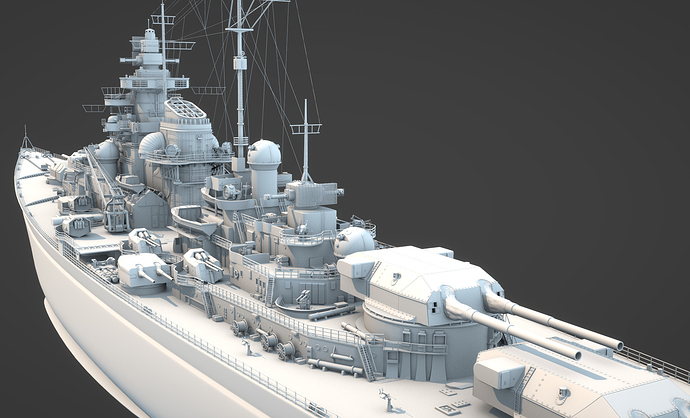 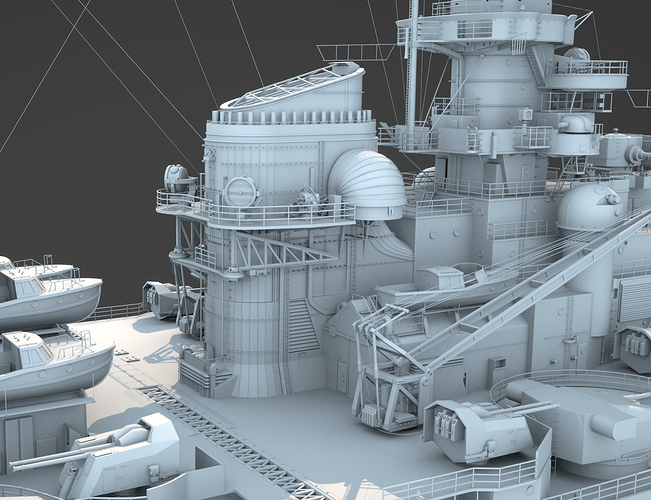 Good work! How much time did you take to model everything?

The modelling is excellent, I am very impressed by the amount of detail on the ship. The texturing and lighting of the scene could be improved though.

Can you share your ocean settings? I have a project coming up where I have to make an ocean flyover. Your ocean would be perfect.

@@mik.a Glad you like it! I spent a total of 3 weeks working on it in my spare time.

@@DanielW Thanks for the feedback. I defiantly agree.

@@place57 There is a link to the model on blendswap in the first post, which should include the ocean settings and materials.

I love all of the work you put into the tiny details other, less careless artists would have left out. Good job! :eyebrowlift2:

I especially love the clay renders, that’s something I have to steal.