New to blender and I have a question. I have some AutoCAD mechanical drawings that I would like to use in blender to extrude them to make 3d objects. I have tried .dxf and .svg files but I can seem to edit or for that matter do anything with the imported result. A point in the right direction will be greatly welcomed. Thanks

Tip 1. After importing an SVG, search around your scene closely. Even if you think it’s not there chances are it is, but just scaled down really tiny.
2. SVGs will import as Curve Objects. For most types of editing you will first want to convert it to a Mesh Object. (Look up “convert to mesh”)
3. Each component of your SVG will be imported as its own object. So you’ll see a bunch of planes intersecting one another and looking really ugly. Don’t panic, just grab each object and move it along the Z axis until you can tell what you’re looking at.

Having problems with the second step. Have selected and tried to covert to mesh and nothing happens. Also only object mode is visible. Thanks. 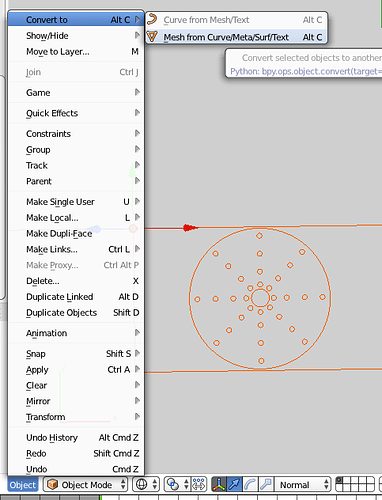 Finally got it imported. I had to import the .dxf file into sketchup as the .dxf importer in blender just ignored the file. After importing into sketchup I exported as a Collada file which imported right into Blender just fine with one exception. it appears that each object is on a separate layer and I have to select the layer in order to select or edit the object. Is there a way to add all of the objects to a new layer at once. In addition I would like to add a face on entire large circle that leaves the smaller hole without a face. When I try F and then add face every thing gets a face including the holes. Thanks again for helping this poor newbie. 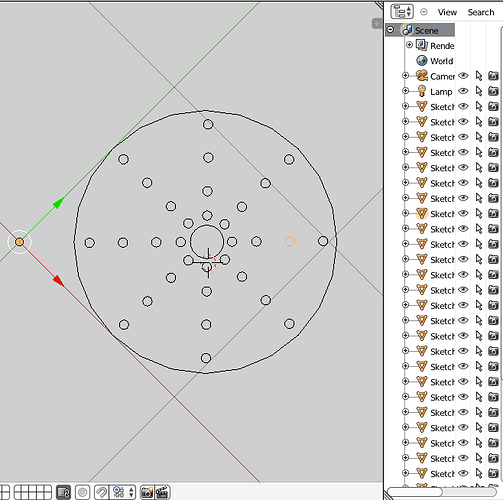 Depending on where you are going with that, you migth not want to hurry to get it to a mesh object after importing curves.
You can join objects by selecting them and Ctrl+J. With curves, enclosed splines inside another makes holes, when the curve is in 2D mode: 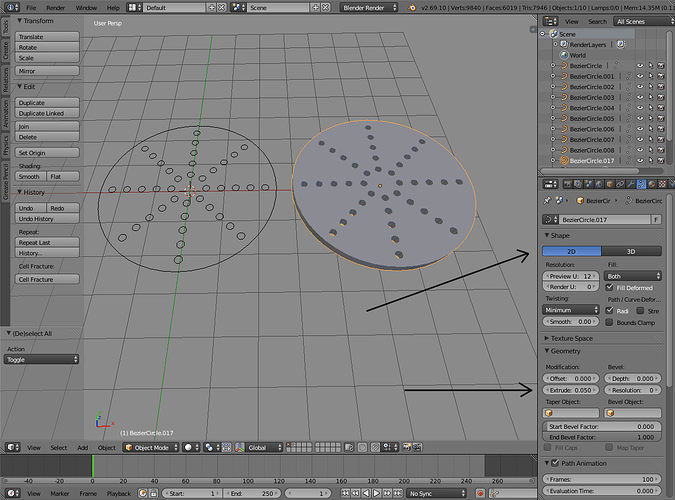