Haven’t posted anything in a while, since I haven’t been working on anything very much. But I’ve been modeling this for the past week and finally came to a good final image. The idea was from a sketch I did, which was just of the figure. The background I didn’t decide to make until near the end, when I found that the image looked bad with a sharp line between sky and ground and that the image would be boring without something to reflect.

There was also the purpose to see how much raytracing my machine could handle. I have to say, this image has the highest samples of anything I’ve done ever, and took a very long time to render. But it was fine, just hit the render button and a few hours later it was done. (2 or 3).

Also, if anyone could tell me how to embed images, that’d be great, as the explanation on this website wasn’t very clear. 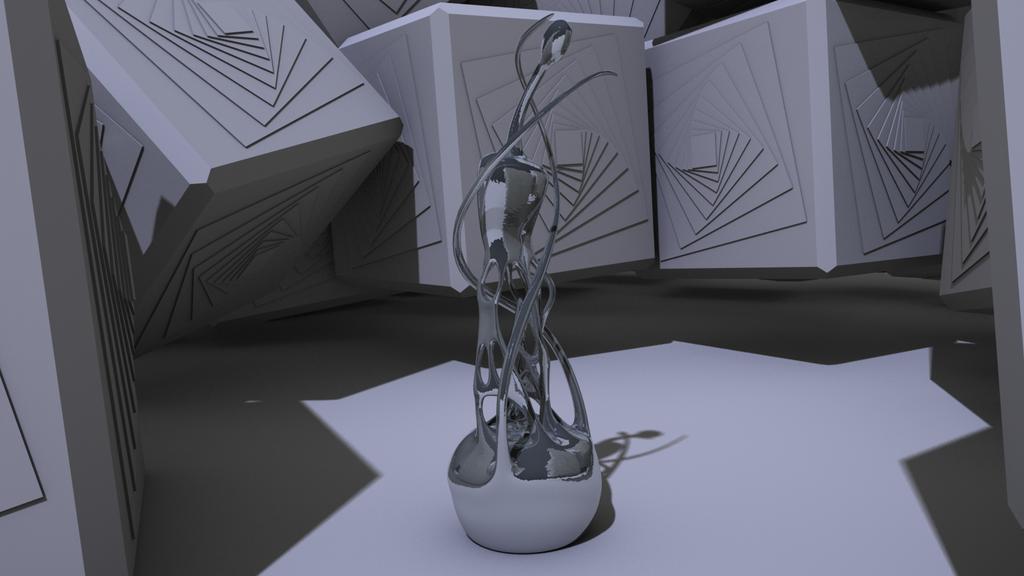 Also, if anyone could tell me how to embed images, that’d be great, as the explanation on this website wasn’t very clear.

nice image. i like the background but the image is a bit too basic/simply all grey.

to embed images in your post first upload it on a site that allows direct linking (imageshack,tinypic, etc). obtain that “direct link”.
then use the

button of the editor and paste the direct link.
If image too big then upload two versions. now use

button to create a link to your big image.
In the link text use

to put link of small image.

for example the next smiley links to your image. qoute my message to see code.

I would love to see it animated.

@Eris: The background could use some work, I agree, it was pretty last minute.

@Atom: Thanks for the comment! As for animating, well, that would take forever, and I couldn’t begin to imagine how to actually animate this guy. If you want, I can upload a blend file of the figure, and you or someone else could give it a try.