I begin to interesting in 3d modeling 1 week ago.
THis is my first project - I do it for 3 days.
Here I practice in modeling, UV mapping, bones (I like weight of vertecs VERY MACH by brash).
THanks to etherybody to help me by saggests for my newbe questions.
And by the way “Bite my shiny metal ass.”@Bender )))

P.S, If you don’t know what is it see here 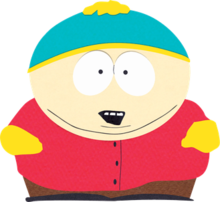 Eric Theodore Cartman, often referred to by just his surname, is a main character in the animated television series South Park, created by Matt Stone and Trey Parker, and voiced by Parker. Cartman is one of four central characters in South Park, along with Stan Marsh, Kyle Broflovski, and Kenny McCormick. Cartman first appeared, originally named Kenny, in prototypical form in a 1992 animated short Jesus vs. Frosty, and a 1995 animated short Jesus vs. Santa, and first appeared on television in Ca... 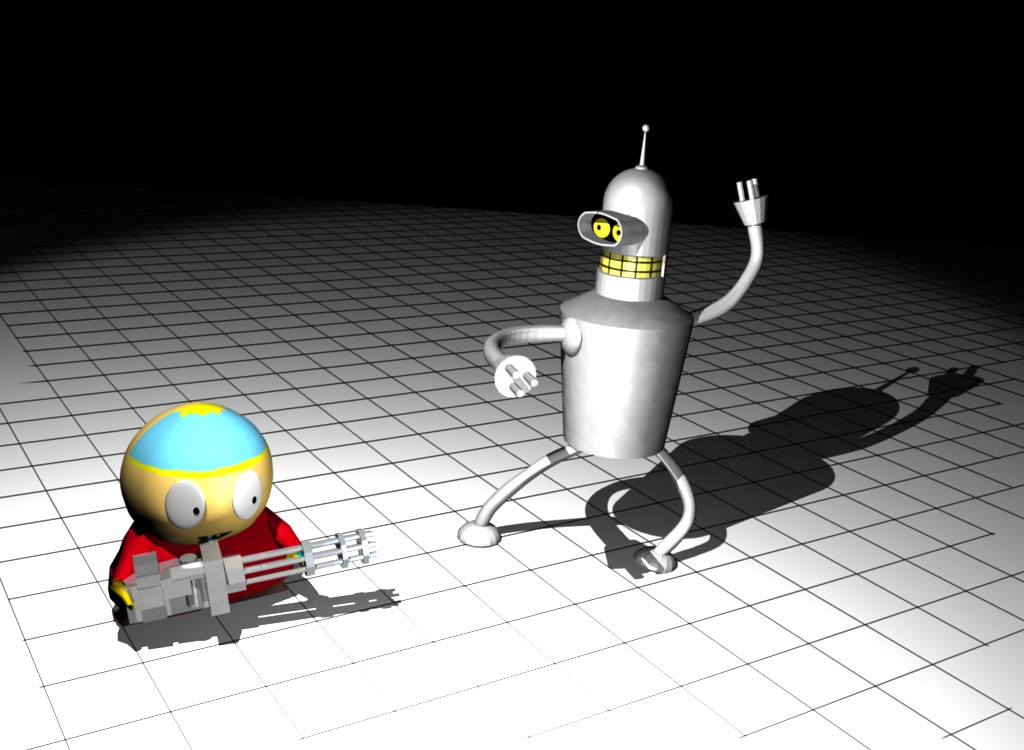 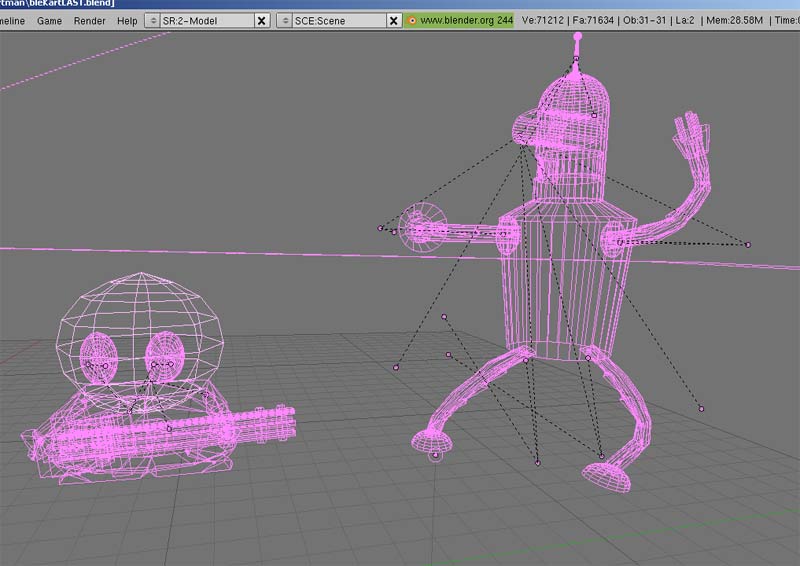 For a guy to take on modeling, rigging and uv mapping after only starting in 3d one week, wow your either lying or one pretty sharp dude. Congratulations, I look forward to seeing your future work for pixar.

Truely amazing! Well done! I hope to view more of your future works especially in the next few days. Nah just joking!

THanks, Your words make me reason to do more!

For a beginner, this is AMAZING!!

Some crits: The lines at the upper left on the floor seem to dissappear:confused:… Perhaps the lighting needs some work, as Bender is a bit too shiny (imo anyway:yes:)

Apart from that, you might want to mess around a bit with toon shaders, to make it look more “cartoon-like”, but I guess that’s just your choice;)…

Keep up the great work!!!

How come Cartman has a chaingun? Doesn’t seem very fair… Tho i guess he needs to make up for his slow, pudgy reflexes.