Best practice: modeling into a single object or multiple objects?

Here comes a question from a Blender newbie. I would like to hear some general views about modeling a certain object into a single mesh as opposed to splitting into multiple meshes.

I am currently modeling my acoustic guitar which I would like to use as a practical example. Prior to that I followed some of Jonathan Williamson’s tutorials on topology (excellent stuff I might add!). I am trying to really get my head around this but now see myself stuck between making most of my guitar from a single mesh or actually allowing to split it into multiple meshes.

One example is the guitar body and the guitar neck/fret board (see below). My current model has a rather low poly count with an added SubSurf modifier. This gives me some problems if I want to extrude the highlighted faces into the fret board. I guess it would be possible to do it and maybe remove the SubSurf modifier on this area to get the sharp edges (help)?

Now, alternatively - and this is really the nature of my question - I could model the guitar neck as a new object which would make it easier somehow to get the right look. What are your general views on modeling into a simple object as opposed to splitting into multiple ones? In my example the two objects are by nature two seperate pieces on the guitar with different materials and all so maybe this could “justify” it.

I hope my question makes sense and look forward to hearing your views on this.

Thank you in advance!
LordAlchemist 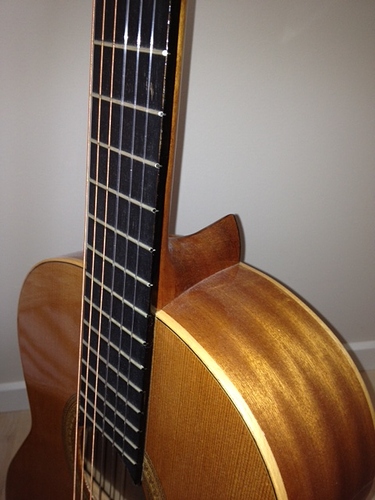 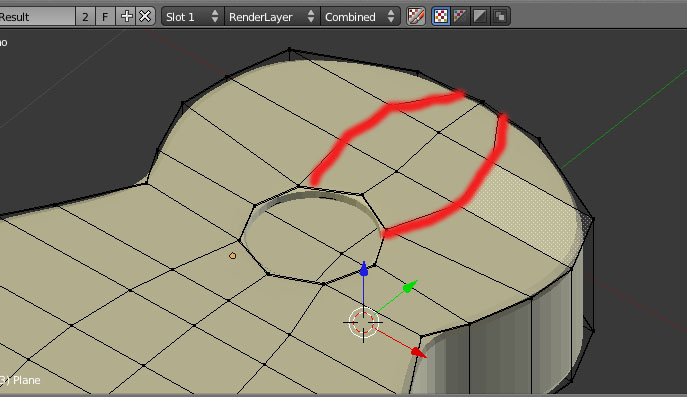 Unless you’re making lowpoly stuff, my suggestion is to model your objects as they are made in the real world, as much as possible. So make the fretboard a separate mesh and stick it to the body as the lute maker did (don’t need glue though). Make it a “not perfect” job, saving space for hand imprecisions. This approach helps in creating crevices and other imperfections that contribute to make the model more real
my 2c

Also, separated objects are much faster to create. Shapes you need to create are much simpler. You don’t need to think about how to integrate them in to one mesh.

Thanks a lot for your replies on this.

Another question from me is then how to “join” the meshes together. I guess that I should not use join since this would apply my modifier on the guitar body to the fret board. I would then end up with similar problems as if I had modelled everything into one mesh.

Using parent/child (ctrl+p) seems more like it since I seem to get what I want; a relationsship between meshes, for e.g. moveing the object(s), but at the same time giving me individual control of each objects topology, modifiers, materials etc.

Am I one the right track?

right. But as far as you don’t have modifiers conflicts, just join the meshes into an object. makes more sense and your outliner will be less cluttered

This was helpfull to me. I appreciate your feedback.

Just to add some extra info.

If you have an unwrapped object and you detach a part of it, the UV coordinates will remain, the same goes for joining them together.
This means that you can safely detach a part of a model you want to remoddel without messing up your entire UV texture set.
You just need to realign the UV with your current texture in the end.

Working with different objects is almost always the way to go, but in some cases you want to have just 1 object.