hello, i m curious about the best way to rig a char. i ve seen diverse techniques; one is by making the bones of the different parts of the body independents form eachother´s armature, but parented. the other technique i ve read about is making all the bones part of the same armature, i can not see what would be the best for this animation, or maybe there is another better way of doing it.
some suggestions??? 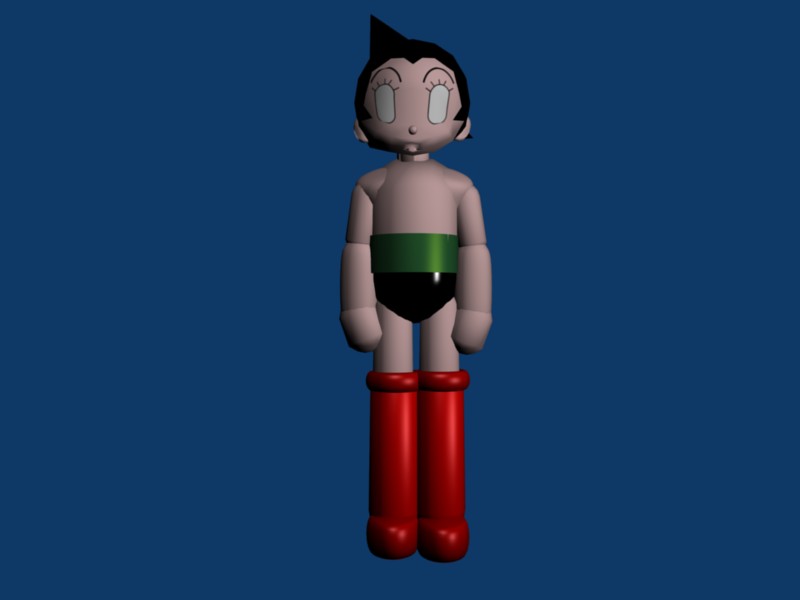 keep all the bones in one armature, I think you’re confused about parenting SEPARATE OBJECTS! to each bone, when you have a character that exists of several objects, such as a robot, or when you have your character as ONE SINGLE OBJECT, to weight paint every part to it’s corresponding bone in the armature.

Ps: astroboy rocks!!
the way you have set him up is like separate parts, shouldn’t be difficult to rig, But I suggest remaking him once or twice, make him one single mesh, or do the boots and pants separate maybe, but keep the torso, head, shoulders and arms as one single mesh.

wow man i can not belive that rig! that´s amazing…
thanx for your advices, i ll follow them, they where very helpful and also clarified me a lot of things in my way to really blend it.
thank you again, and i ll use your rig and of course, give u the credit for this wonderful tool

Hey thanks, no trouble. Let me know how it goes…