I was experimenting with bevels in Blender, and came up with two good ways to apply a bevel in Blender. A bevel modifier, and something I call a “subdivision bevel”, what happens when you apply a subdivision surface modifier, and then some subdividing. However, unlike the bevel modifier, this method only works on cubes and rectangular prisms. It does look smoother, though. Please give me your opinion on which one looks better. 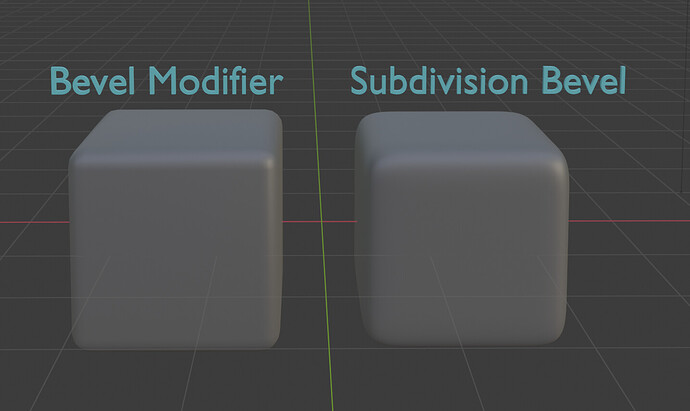 Wow! I think the Bevel Modifier looks better. Still, they both look awesome!

different looks. The bevel modifier keeps corners at a more constant radius, the subdivision version is smoother, but with a more tapering radius.

Yeah neither looks better than the other, they just look different. You should use whatever modelling method that suits best for whatever you’re creating.

… If you use supporting loops, both can look same. Also bevel modifier or destructive bevel in edit mode can make some shading issues in certain situations… for this reason I sometime make loop to isolate such stuff.