I’m curious on a few things… (I tried to search but not much luck) If you have a base object (let’s say a gear on a shaft) and you’re planning to bevel it and texture, which order (or techniques) keep the complexity at a minimum? In other words:
A.) UV unwrap -> Texture & do not apply the bevel modifier
B.) Apply the bevel modifier and then UV->Unwrap (and by the way this makes a huge mess of the capping faces of the shaft among other things, and what I’ve currently been doing but it doesn’t seem to be the “best” way).
C.) Use the Bevel center script and patiently model through each bevel then UV unwrap.

I’m thinking C, but then begs the question, what good is the Bevel modifier?

Further, how does the bevel modifier un-applied effect the resultant UV map (as in option A) when rendered? I assume it just stretches what the new faces should be based on the neighboring faces…?

At any rate, looking for the “normal practice” and “good workflow” is with bevel on complex objects.

You could pretty much do any of those approaches, although I’d recommend UV mapping before the bevel. Adding bevels should preserve the positioning on the UV layout (as with adding edges) and it’s easier to create seams when things are low poly. I don’t like the bevel in Blender; because it forks single edges into two (instead of three) you always get triangle faces as a result.

Two gears (done as quickly as possible)… one gear took about 10 times longer then the other (due to manually cleaning up after the bevel). I definitely think there’s a visual difference. 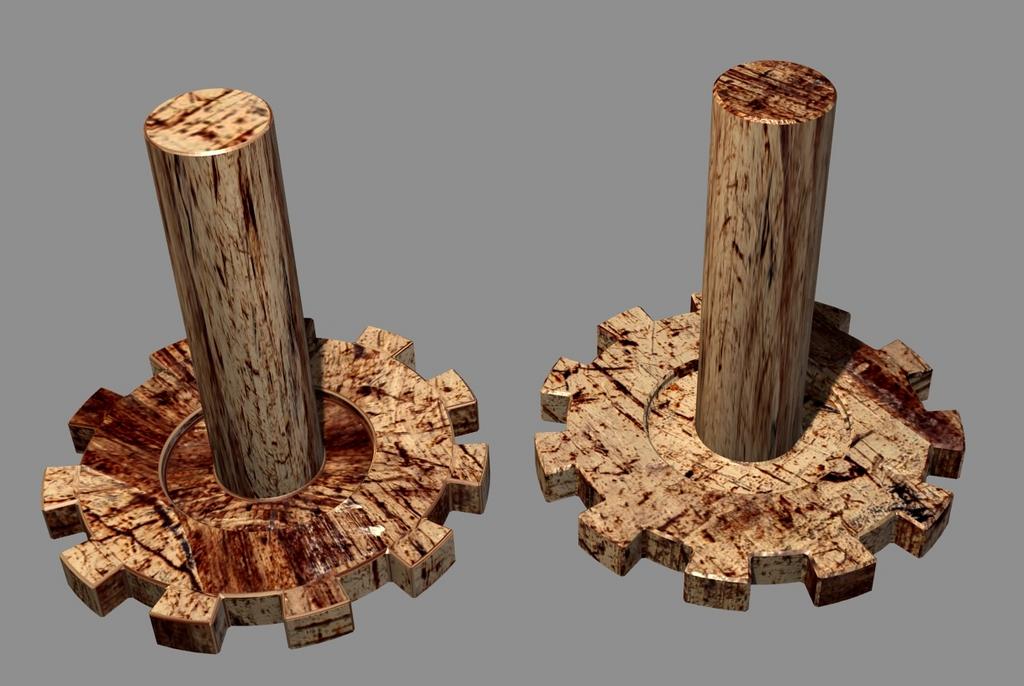