So since sharing my previous work on my latest character, I’ve decided to improve upon her and try to go one step further, in doing so, I’ve been building on a scene, and recently stumbled upon an issue that for the life of me I can’t seem to solve.

Hoping the mighty Blender wizards can help me, I’ve been working on an interior scene for the above mentioned character, and started working on some fancy stylish railing, and using a bezier curve to get the railing to follow the fairly simple path I need it for.

What happens however isn’t completely as planned, the model that is following the bezier curve keeps twisting quarter way in, and I haven’t been successful at correcting it. I’ve applied rotation, location, scale to both the curve and the railing mesh, I’ve also recalculated the normals for the curve, but so far nothing seems to improve the situation.

Below I’ve attached some images of the railing as well as the curve, and what I’ve managed to do thus far until hitting the snag of not being able to correct the orientation of the railing. That said, I’ve also attached an image of the staircase I’ve made, just to give you a better idea of the shape I’m making with the curve for the railing.

EDIT: After some more experimenting, I’ve solved the issue. Lol apologies for the extra thread, but since I was struggling for a while with this, I thought I’d rather ask. xD 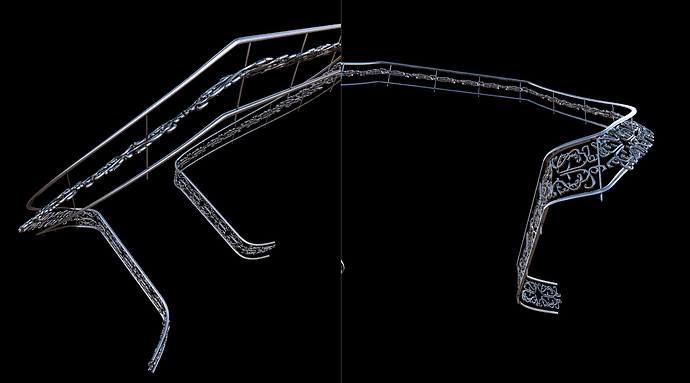 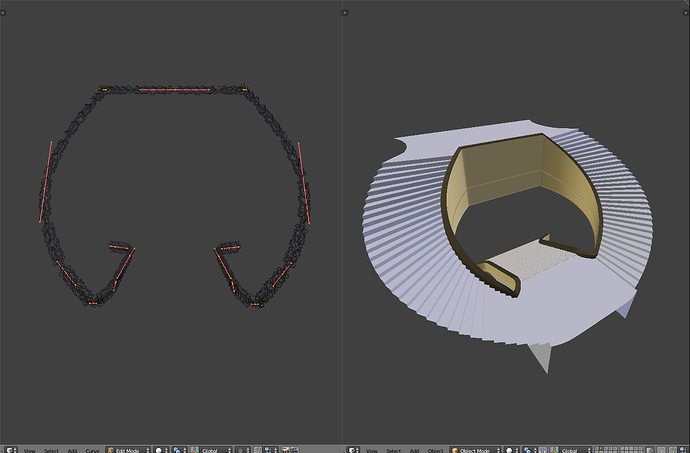 No blend file to test ?

No blend file to test ?

A few minutes after posting this question I solved the issue, haha, just my luck ,when I ask for help, then all of a sudden I solve the problem.