I’ve watched every video, and tried every option, and I can’t get this character’s animation to work. I was able to get it to work with a simple cube but for some reason I can’t get the armature of my character to work. Also I can get the thing to move across the screen, just not animate.

Can anyone give me some suggestions? 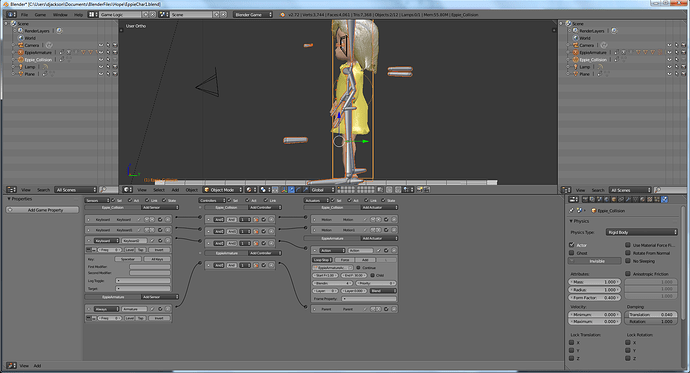 I’ve added my blend file if that helps. Thanks

I have solved my issue, the problem was that a video had told me to delete the Armature modifier and assign the parent armature as an armature, not an object. That apparently works well for the version of blender that person was using, but in my version it doesn’t work.