Hi!
Look at the two pictures.
First - true algorithm SSAO, which is built into Blender3d. 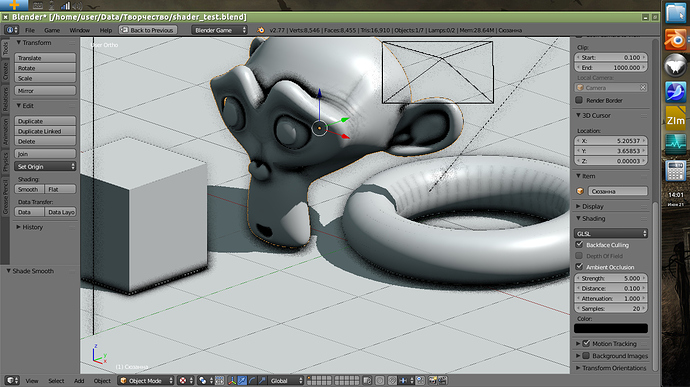 The second picture - 2d filter, with no real SSAO. Base on phantom (ring) rendering - do not miscalculate AO, and imitated. This algorithm is not correct - fake. 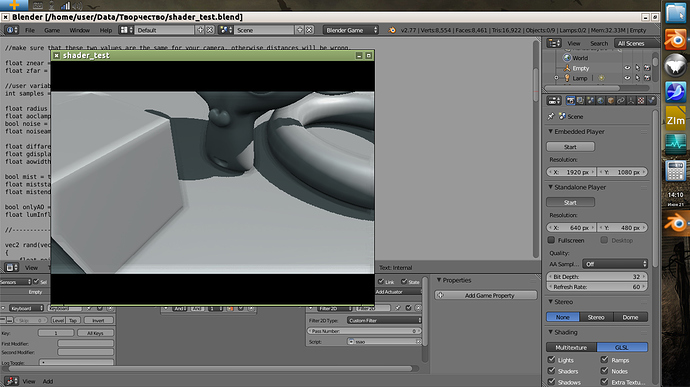 Where to get the correct shader SSAO? And whether it is possible from the main program to extend this algorithm for the player?