As my first game in Blender I decided to try to complete an Blender Game Making Challenge. For my game I an making a game where you place naturally occurring objects, such as trees and volcanoes, to combat pollution.
It will be a overhead view with a village at the top of the screen. As the game goes on the village will release 3 types of pollution. The types will corrupt a river the sky and the area around the village with one type of pollution each.
To combat the solution you will be able to add objects that will either clear the pollution or convert the pollution to other types. One example is a volcano which will turn the solid pollution that surrounds the village into air pollution. This air pollution can then be cleared with trees you plant on the ground.
If one of the pollution types reaches a limit or all three together surpass a limit then it will cause you to lose.
I am aiming at a visual style that is low poly and with a cartoon like style.

Rough mockup of the game layout 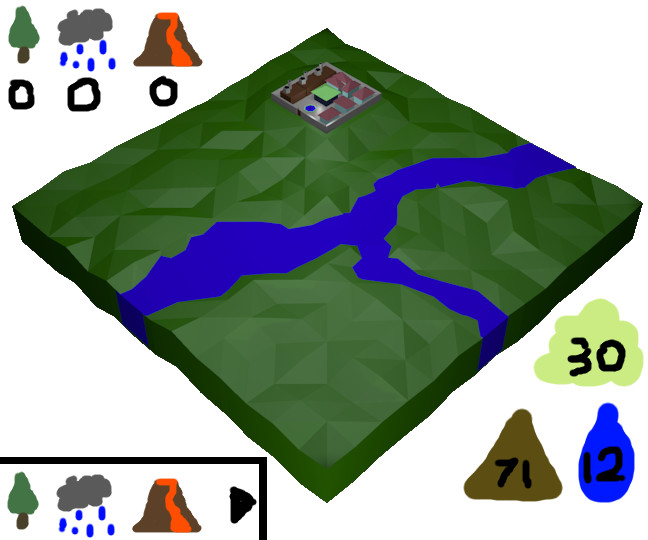 Objects that you place 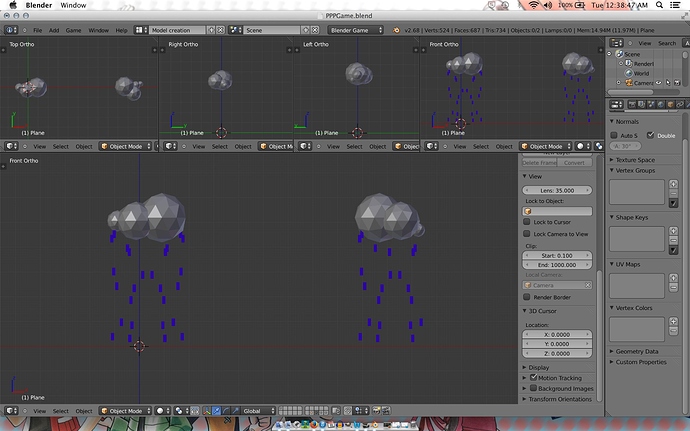 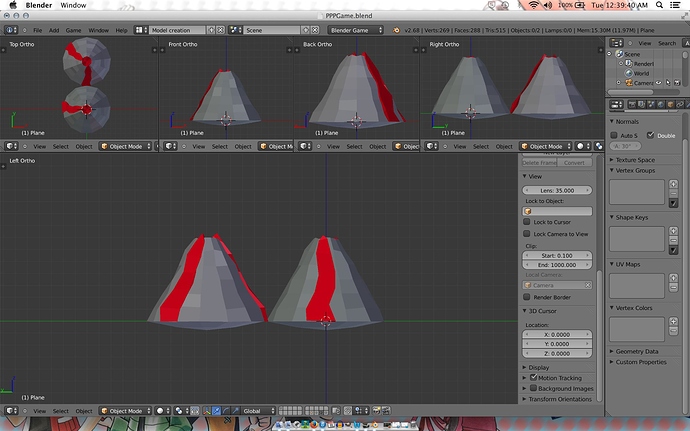