Hi, this is the game that I’m working for this BGMC.

The history basically this:

It is the year 2014(this year…), the army was hiding combat robots that nobody knew, also laser guns, all that was really advanced technology, but appears a problem, and suddenly the robots goes crazy! they start to destroy the city, the robots beats all the soldiers, so, the army send the best soldier, that is you! your objetive is destroy the main robot that controls the other robots.

The game is pixelated style. 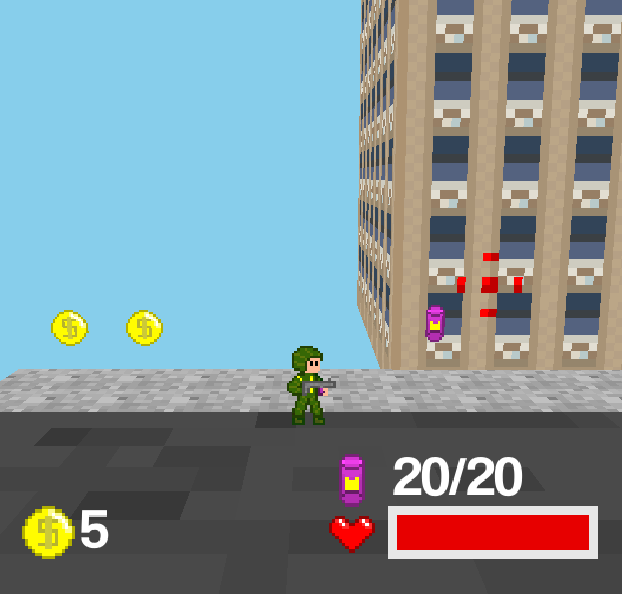 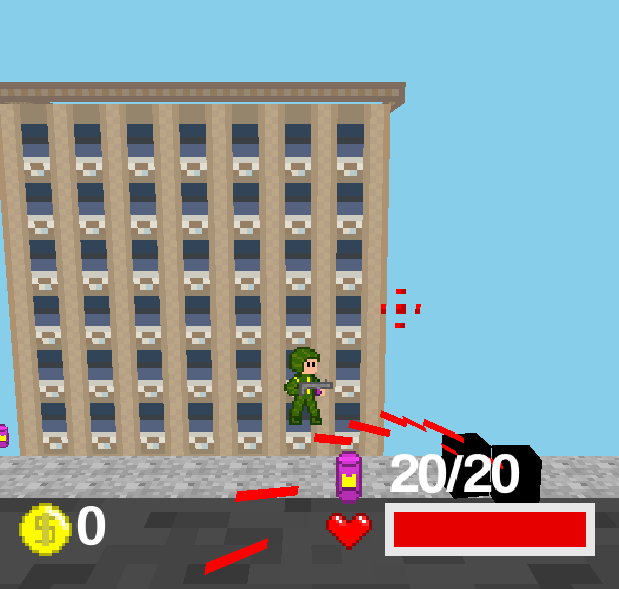 (The black cubes are the robots) 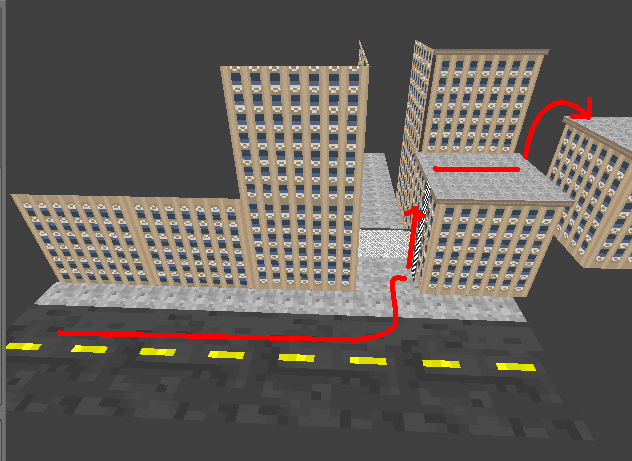 I’m coding the load level system, but the LibFree function is not working, there’s not error on the console, but apparently it not work, because the LibLoaded objects are still there. I’m going to try with a lower version of blender.

EDIT: The problem continues, so every time that the player complete a level, the scene will be restarted to delete the LibLoaded objects, and later it load the next level.

quite awsome. if there is any chance to get a alpha or to help developing, let me now.

quite awsome. if there is any chance to get a alpha or to help developing, let me now.

Well, the BGMC end tomorrow at midnight, so if I fishish the game at time, it would be in Finished Games forum, I hope I finish the game.

Load level system complete, and also the save of data like ammo, health, etc. 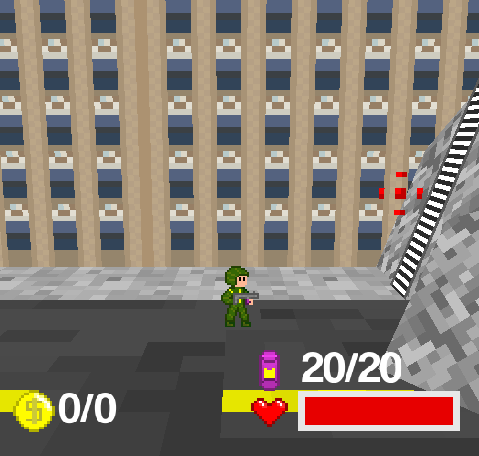 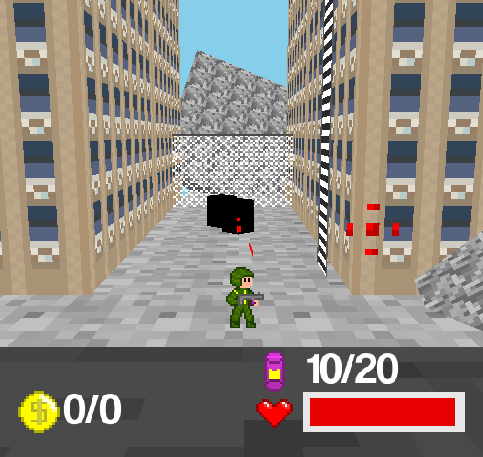 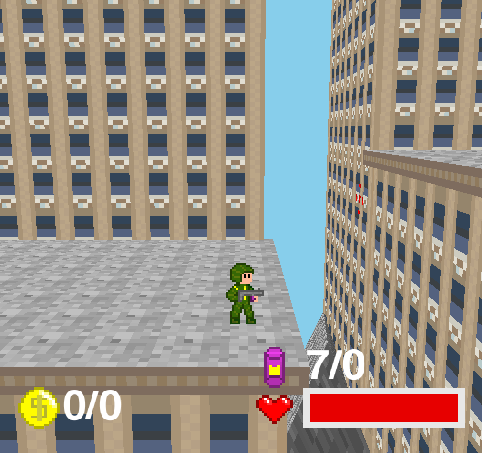 I’m ending the robot sprite, the menus are ready, the history will be shorter because I don’t have time!