Took a while for me to upload, despite finishing a few days ago… but here it is! 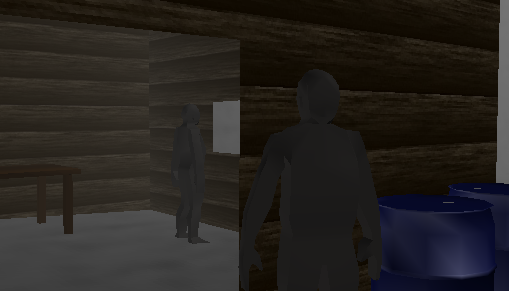 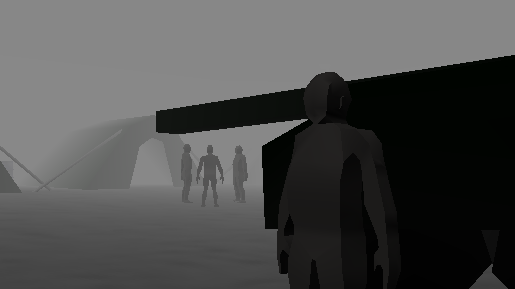 You play as some Grey-coloured individual who’s mission is to sneak his way past foes inside an enemy compound, retrieve some important intel, and escape undetected.

(Note: This game uses the Mouse Look Actuator introduced to version 2.72, if you have an older version of Blender, then download the Runtime)

Thanks for playing, and good luck to everyone else participating!

I like the look of the levels. The camera is annoying (hadn’t realized the middle mouse button would switch it) many times and the “ctrl” button is cool but doesn’t seem to have an effect. Crouch function and footstep sounds would be nice if you plan working on it more.

Haha, the thumbnail xD
The enemies tend of defy the laws of gravity…

Ctrl: The control button indeed does nothing, takes a bit of imagination to use, not many instances where you could sidle up against something anyway.

Camera: Yeah, the camera collision isn’t too great. Made it entirely out of logic bricks. Also wanted the “over the shoulder” look, but you wouldn’t be able to see out your left side, so I added the “Middle Mouse Click” to switch sides.

Footprints: Was included in my non-existent design document, but never got around to making it. Even if I did, it probably wouldn’t have worked

Thanks for playing! I especially like the video, the AI and navmesh are so bad, was laughing out loud when they were chasing you.
Was a bit worried people wouldn’t figure out they have to return to the start to win. Phew!

I like this game. Had the guards chase me all over the place.

I like the gray colored people.
The texture could have been a bit better, but in the time you had, not bad.
Other than that, no real complaints.

It was interesting to play, but I get beat up so many times.
The grey men drained my will to live, so I didn’t finish.

The title and menu dialogue’s great, they worked very well. There was a moment when I was playing it after I’d gotten the intel and realized that didn’t know where the evac was, and that was followed by an internal monologue about how they’d left me…

Lots of good moments, I approve.

Haha I like how even if you win, something bad happens. Seems to be a trend for your games :D. Little sad that I just bet it by running in ignoring them spotting me, getting the objective and running back. Not really stealthy, but fun to play.

Haha I like how even if you win, something bad happens. Seems to be a trend for your games

You noticed! :]
Like adding a bit of humour to the games, I’m not very serious when it comes to title cards.

Little sad that I just bet it by running in

Tried running past everyone this one time, (after the deadline) it has this pretty intense feeling to it (if I do say so myself!)
…but that wasn’t the plan -
The plan was to make it near impossible to win once spotted by having ridiculous amount of enemies chase and overwhelm you.
I should have compensated for the lack of bad guys by making them faster… or improving the awful Nav Mesh.

Well, thanks for playing, glad you liked it! =]

I don’t like how the enemies look exactly like the “protagonist” , but that’s just nit picking. Also der your going to get shoot down, your like a 2 feet away from there base, with a random helicopter picking you up :P. Nice to have some sense of humor for a ending.