Wow, I just realized I’ve never posted a wip in this section. Well now on to more important things.
The story of my game follows a hitman named Creed, who wishes to stop killing people and just retire and go back to being normal. HIs boss, however refuses to let him do that. Then, his boss challenges him to a fight. If Creed can get through his penthouse, dodging and killing guards, and get up to the top room, he will let him go free. Creed is up for the challenge, and decides to kill a couple more of his enemies before retiring.
Gameplay:
The player will have the option to melee their enemy. You can also duck, slide, and jump. The walls are interactive, so if you collide with them when your in a tough space, the camera will switch to a more navigable location.
I have an AI written up, and basic movement. NO animations yet, of melee integration. THe map also has to be designed and textured, along with the character models. I will be coming back often to post my updates. 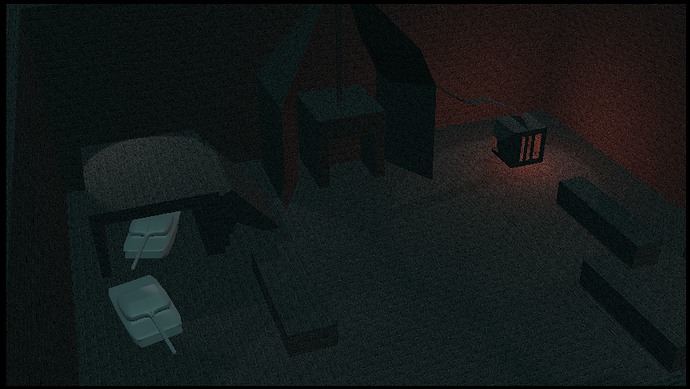 Done some more texturing, and a pretty haunting light setup 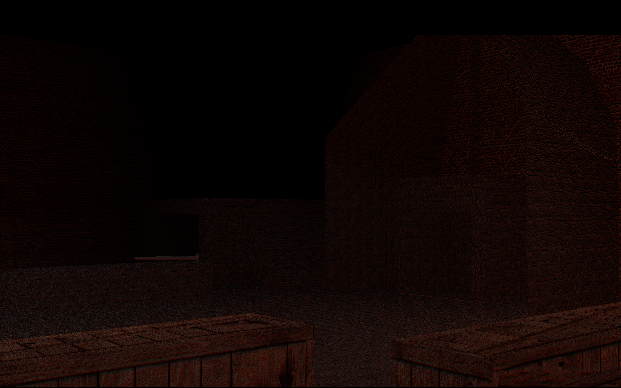 I don’t know if I will be able to add more levels by the end of the contest, so for now, I’ll just think about the first level.

You might need to watch your use of modifiers as this doesn’t work too well with the game engine, Also your tiling textures are quite visible at least compared to the boxes.

There are no modifiers currently, I fixed that.The tiled textures will also be fixed, but probably not the ones on the wall since this will be a topdown game. THanks for your help!

A quick vid I made showcasing current features. I will accept any criticism.

I just implemented the feature to switch into 3rdperson view. I will also implement 1stperson. Another thing to implement is for the character to always be facing the mouse. Is there a way to do that? If there is, please tell me.

So that’s really all I need to implement for level one. If I have time, I will create level two.

The first person has been fully implemented, just have to check for bugs. Still have to make characters… I suck so much at it. Animation I’m ok at, and regular modeling I’m decent. Texturing I suck at, but game logic I’m almost perfecto ato

Looking good. The 3rd person view is a great addition. Don’t worry about making perfect characters, you could use colored cubes if you need to, it’s important to block out gameplay first so if you run low on time you still have something to submit at the end of the competition, then you can release a polished version afterwards. I’m looking forward to playing it.

Thanks Smoking_mirror. THe colored cubes might have to do. For some reason my AI isn’t Working

Well my object rotation is all messed up, and navmeshes are being difficult. I have fixed some of it, but it’s hard

OK, bug is fixed. Just had to apply scale. Does anyone know how to create like a vision cone, so that if I collide with it, but still able to pass through it, it sends message to enemy to come and get me?

Make a cone and set it as sensor in physics tab. There you go. Add a collision sensor to the cone, give it a transparent material.

Thanks! I just added that in. Why don’t you try entering the contest sometime? Your really good! Are you gonna do a BGMC lets play?

Yes let’s play is planned, and I wanted to join so bad. But unfortunately I’m in vacation right now.

I see. The game is basically finishes, you may test if you like. For some reason I have major lag…

There you go. Just awaiting bug reports and stuff like that. Yea, it’s short, so I will probably continue this to create a full length game.