A little late on the thread despite starting the first day…
and though I hav’nae had much time to work on it, things are still coming along at a good pace.

So, my entry to this month’s comp is a Jet Ski racing game with disproportionate Bikini Girls thrown in for added sex appeal.
It was initially planned as a ring race/time trial, though I figured I’ve got enough time to include AI Opponents, so thats what I gonna do!

Made a quick video (15 seconds) but being I can’t capture the screen without having my laptop explode on me, I had to record it with a camera. A bit shaky, but hey! It’s HD (or at least it used to be - before putting it through editing)

Picture of the Bikini model and Jet Ski, of which the latter is still unfinished. 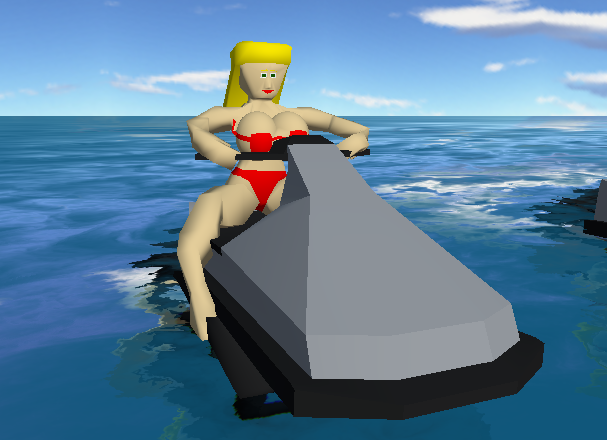 Her face is all messed up, and her legs are scary-looking, but it’ll have to do for now.

-To do list:
A: Finish Course
B: Start working on AI opponents
C: Finish Music (Made in Guitar Pro 6)

My only two days off work for the competition (Wed/Thurs) so I better make these days count!
So far so good, I’d say. 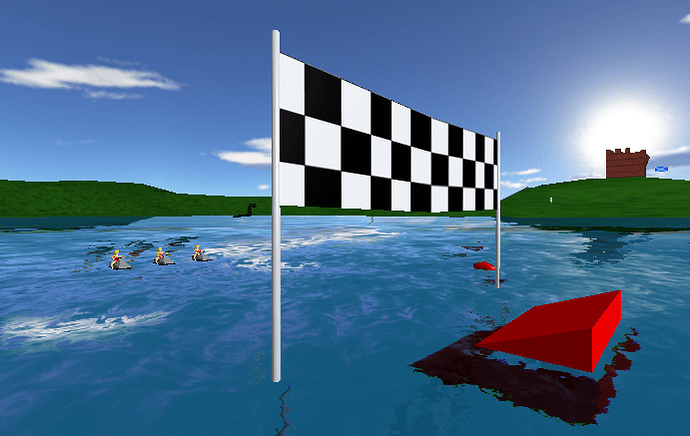 Started making the environment, also picked a location that should work well with the Easter egg!

Indeed it is, and thank you!

I like the idea of having blow-up dolls driving the jet skis. That’s adorable

More work done on it today, and I’m not done yet!

-I’ve rewritten the music from scratch
-Spectator stands modeled, along with some 2D crowd sprites
-AI now moves on its own and turns when colliding with an invisible plane
-Bit more added to the scenery 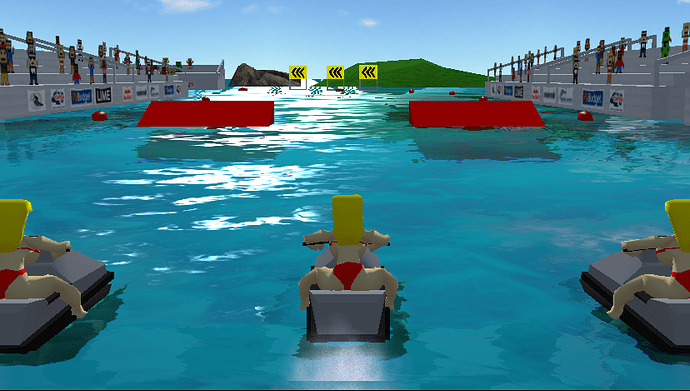 As my two day weekend comes to an end, glad to report the games is nearly completed. As of yesterday, I finished the map and the win/lose conditions, the racer AI and of course the lap counter.

Could call it finished if I wanted, but there are still some things I want to add. (A menu, for one)
Tomorrow night (Saturday) is the deadline right? Or is it tonight?

I beleve i read its Sunday night actually.