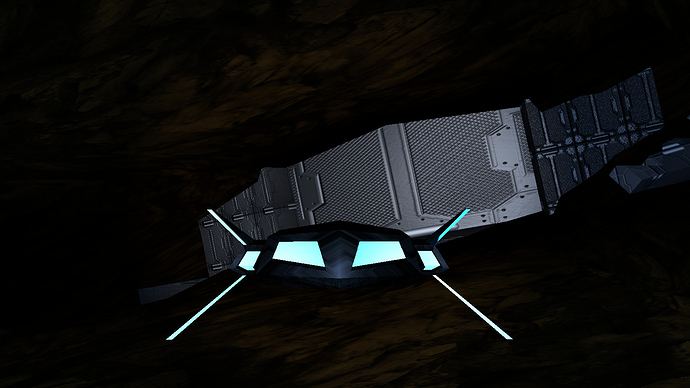 Underground.jpg1600×900 334 KB
Here is the link to my finished BGMC 21 game. You’ll have to download everything, otherwise some of the textures will be missing. The game is Blender 2.7+. Hope you enjoy.

Apologies for the lack of textures on two of the objects in the level. I just realized that I unpacked a couple of the textures to keep the game under 12 m. I seemed to have forgotten to check the objects the textures were previously attached to. Oh well, the majority of the level’s objects are textured. I’ll fix it and repost it.

Well looks like you won’t be voting for any game then because I don’t think anyone would bother waiting for 12gb to download.
It might seem like a bad rule, but it makes the BGMC package smaller and additionally makes the creator think about what they are doing instead of throwing everything blindly together not caring about .blend1, texture optimization or anything else. If you want to become a real developer you need to be aware of these things, ignoring them won’t make them go away.

The real world doesn’t allow you to have unlimited everything, similarly this competition is preparing you for that reality.

I like it! :yes: It runs quite well with only 1 Gb of RAM and no video card.

no developer nowadays cares about a 12 gb limit. if you say that a developer has to care about limited space, you twist reality because we have got faster internetconnections and terabytes of discspace today. there is no need of limiting a game to 12 gb.

no developer nowadays cares about a 12 gb limit. if you say that a developer has to care about limited space, you twist reality because we have got faster internetconnections and terabytes of discspace today. there is no need of limiting a game to 12 gb.

My old PC is 512 GB big. I filled it up full during 2 years due to poor blend file optimization. I am planning to change it since I’m on new 1TB laptop:)
Even nowadays space matters, it’s just the fact that we can put bigger limits. The idea is that when you’re making a big game project, you really want to keep it around 3 GB(unless you can do less). However, many games are at around 10 GB which isn’t good for space, nor for download speeds. In BGMC we can’t apply a limit of 2 or 3 GB because nobody’s gone make that large file anyways(new challange - who can make 2 GB file for BGMC game?). So in this little 7-day jam we limit it to something smaller, so that this rule had point.

it is called blender GAME making contest. NOT blender file OPTIMIZATION and SHRINKING contest. the ability to use different procedures to keep the amount of bytes small is not relevant in any case for making a good game. this rule is the same as: you are only allowed to tap your mousebuttons with your nose. anyway, last posting about this topic. 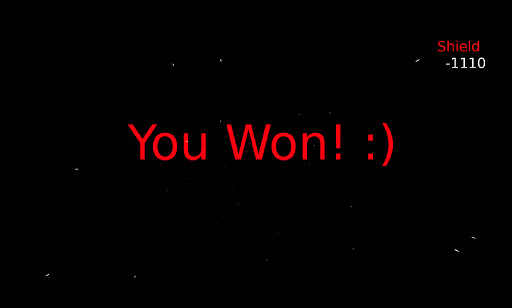 First, the cave texture makes it very difficult to find your way around. I got lost and ended up going in to the cavern with the purging flame. However, the flame didn’t kill me and I flew to the end of the tunnel and “won” the game after 2 minutes.

After reloading and switching the wall texture so I could see where I was going I played some more. It’s pretty fun, I really like the warp speed effect. The gun didn’t feel effective, although I clicked the mouse button sometimes bullets didn’t come out.

Also, ironically, you have 2 .blend~1 files in there, so the total upload is around 36megs. You should delete them before packing, they are just auto saves and aren’t needed by whoever is playing your game.
Don’t worry about going a little over the limit, you don’t have to unpack any of the textures.

You might want to fix the ending bug and the wall texture before I create the all games pack in the middle of the week though, until then you can get some more feedback and deal with any problems people point out before uploading a “final” version to submit to the competition. You don’t have to do any more work on it if you don’t want to though.

Smoking mirror, thanks for the input.

I noticed the flame thing as well. I gotta tighten down the hit point system for sure. The cave wall texture got me turned around quite a few times too, lol. I actually had a better, high res texture but, it put me over the 12 limit. I’m glad to know I can relax on that, thank you.

I noticed the bullets seem to not get noticed on some frames, maybe I should try to slow them down a bit and see if they can register better. Have you got any suggestions? Maybe using force as opposed to d location? Any suggestions on bullet motion would be much appreciated at this point.

I do plan on making this a more full game with multiple levels and possibly a multiplayer player option. I love games like this with smooth flight mechanics and the feel of mass to your ship.

I welcome all suggestions.

When using logic based bullets I always make them slower. Or you can do raycasting instead of collision, just make the ray the same length as one frames movement distance.

The main problem with the wall texture is that it doesn’t shade well, it’s a little too dark I think. If you just make the average diffuse value lighter and let the environment do the shading you’ll get a better result.

Um… Skyrim with all DLC is under 12 GB. The rule is under twelve MB.

I like the flying sensation of the game, it feels really good. My only problem is when flying against a wall i get stuck sometime and loose the orientation.

Yeah, I need to change the wall texture so it won’t be as disorienting at times. The flight sensation is the one thing I wanted to emphasize more than anything else in the game. I took a mouselook script and reworked it from d-rotations to torque rotations, adjusting it to make the fighter craft feel smooth and weighty. I love space combat games where your ship gives feedback.