BGMC 21 | The Legend of Cibola

Ok so i’ve decided to join. I was inspired by a demo from Iceboy here on BA a game demo called “The Tale of Kujah” and its resemblance to the Windwaker. So i am aiming to a windwaker style dynamic with a cool setting. I plan on mixing elements of Zelda , Mysterious Cities of Gold, and El Dorodo / Mayan lore. I’ve always been a fan of these memes. So i know the limitations of the contest, but if i can pull it off in one week then i’m still in. if not well doing it just for fun.

but i made the outside part last night. still need textures. and i already have a character i made the day before with a cool shadier i made aswell. 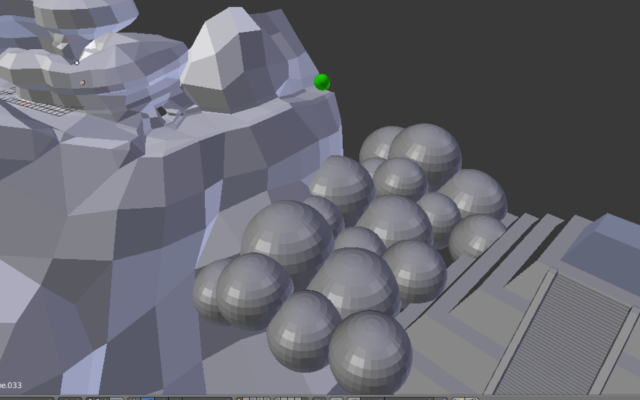 everything below the mountain is the skybox, its just there for place holder in the scene.

the shader i worte. it used directional lighting using a emptys position passed to the shader. So that effect i had in the mario game is now directional. 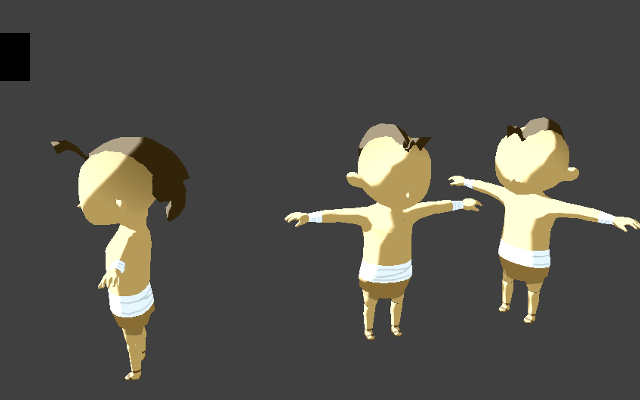 Woa looks very good ! I love this kind of toon appareance like WW.

Looks great. You can get a similar toon shading effect using matcap textures. You’ still probably need to mix it in nodes to get the right feel though.

this img shows me bakeing an area for grass. i choose the spot, put a plane there, and i bake the displacement. now that i have the texture saved i just shift-D till the area is full. the purpose of doing it this way is because i couldnt hold down the grass base to the ground. It would only work in a flat surface. so i figured that if i had a texture to displace it. normally it was ( if Z >= .1 {do deform} else { stick to Z = 0.0} now i just add the displacement to the .1 to stick to the ground, and to raise it up to hug the ground. saves work too. these are the results. 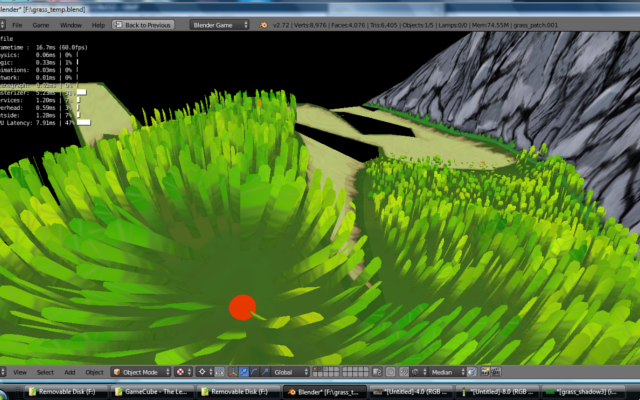 and yes its smooth, and feels cool, looks cool too. lol 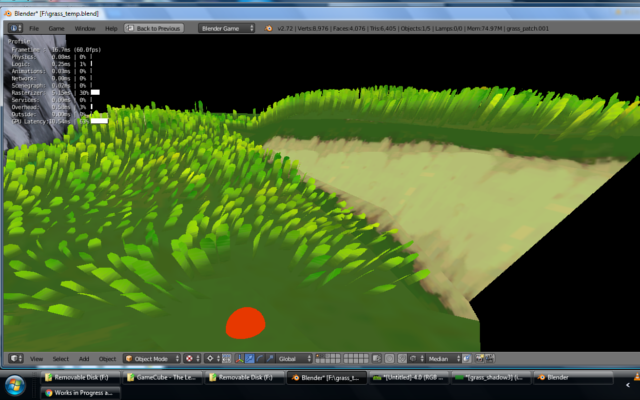 Th grass looks sweet sort of reminds me of the new legend of zelda interactive grass(Im curious does the grass have high impact on performance?)
good luck everyone

here is the grass file. there lies one problem i cant fix. if i move the object away from center it messes up. i cant figure it out, it still works fine, just i cant go to high or it acts up.

also u can play with the file all day, just wait a week before useing it plz.

thanks the ground texture is a rip. i plan on redoing it my style.

so i had to move on from the grass. if anyone can fix it let me know.

EDIT: just saw the grass is a shader, very nice. 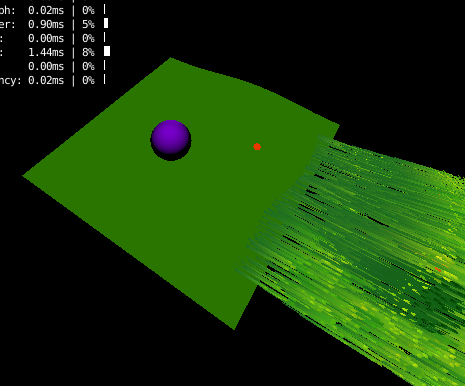 I think here is your problem. The distortion effect is global, so it distorts away from the center of the world. You need to make it local so it distorts relative to the object. I don’t quite know what’s up with it though…

yea i get it, but i cant fix it. i think u need to add p1 to the glVertex. tried it so many ways. good luck. i’ll be moving on time is short.

yes i got the “uv” to center. but the math for the deform is twack.