Radioactive wast has been dumped into the ocean, and we must send a SubDrone (# f1.12) into an ocean cave to retrieve this accidental release of toxic waste. Have fun exploring the deep- 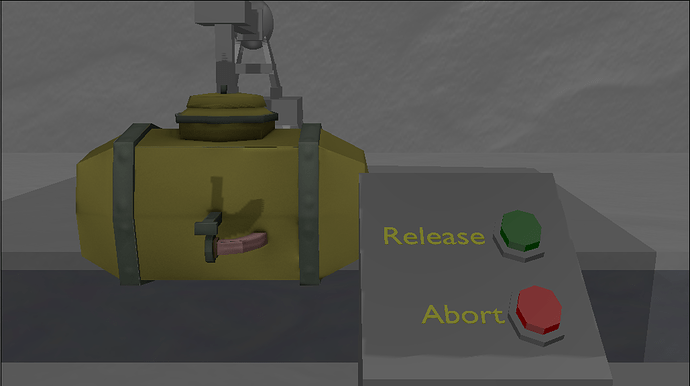 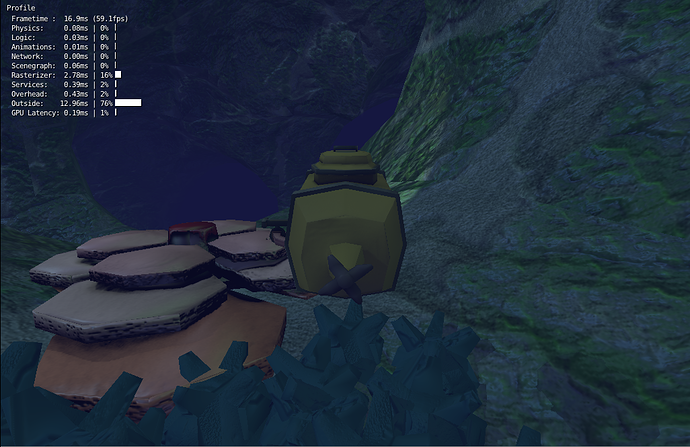 Everything looks very polished, and I can tell from the profiler in the second screenshot that it’s optimized. I look forwards to playing it. :yes:

honestly I probably over did the optimization but then again that is good for lower end computers.

I hope it is fun.

Really nice. Your textures are a lot better, and I liked the sound design.
I felt the sub was a bit too fast, difficult to control, and not like a real sub which is quite slow and has a lot of inertia.
Having a slower sub with slower turning would give more of the underwater feel I think.

LOD distance was a bit short which caused a lot of popup problems. The details, like kelp and seaweed should have made the whole level more interesting, but because i can only see them from about 5 meters away it didn’t stop the level from looking repetitive. You could try using sprites at long distance to reduce processing time, and switch to detailed meshes at close range.

Other than that it was a really big improvement on your last BGMC entry. Good job!

Thanks, that was a thought I had, but it was too late to implement it (<-speaking of better LOD systems)- I have done things like that before. I also wanted to add more things in for details.
Personally I set up the subs speed for quick exploration, but I do see how I could have given it a more realistic feel.

Thanks for the comments, all things I can add to other games.

wow, you add an exciting end to the the game, lol. It should have prompted you with some options to end the game of keep exploring… but thats ok. The problem of going through the wall I was hoping to remedy by adding damage to the sub. Thanks for the run through.

This is so cool. The feeling is really interesting. I didn’t read, that you could turn off the motor at first, so I was a bit confused when I clicked the right button, I first thought I activated the reverse mode or something.

But it’s a very nice game once I turned on the motor again.

Controls feel pretty good and the vivid world is very nice.
How did you create the terrain / level?

I created the terrain using metaball objects, and then made them into a mesh. I just did that a ton to make the caves. Everything was done by hand with plants and terrain.