Been a while since I’ve been nocking about the forums! I’ve been busy with work, but also learning UE4!

I see there is another BGMC going on. At the time of writing this initial post, there is only about 26 hours left.

For old times sake, and for a little break from UE4, I’d like to try and do a fast entry.

Anybody care to throw some ideas my way??!!

Lets see what I can make!

I have some idea in my head. In my head, I’m thinking a generated, strange environment to explore. As explore, you will find exploration, navigation quotes and short stories.

ThaTimst3r, thank you for the FPS set-up. Glad to be able to skip that bit out!

Can anybody help me with a problem I’m having?

It’s dynamic text too, so I can’t convert to mesh!

First preview image to show you! Have created the hard parts of the level generation. Sectors are built and “quote panels” are laid around randomly and have a random quote displayed on them. Now I can get in to the more arty stuff and start making it look nice and do some modelling! 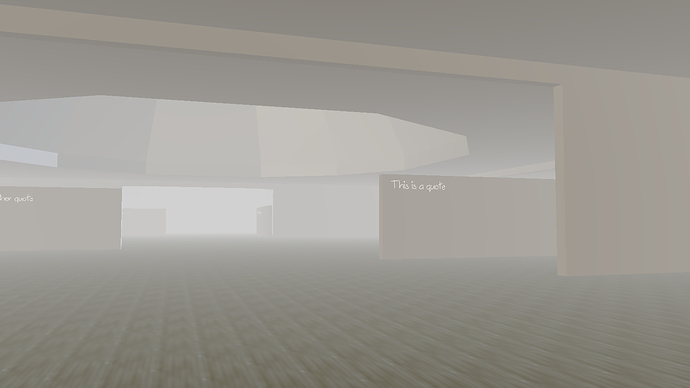 as far as i know, there is no fix for the text issue. its hard coded left align, but the offsets work. you might be able to use a custom object font, but that would be too time consuming, i think.

also, make sure the objects are parented properly. properties panel, object (orange box), relations, and reselect the object or, type: object, to update the coordinate space. (0,0,0) location of the child should be centered on the parents origin.

Hey Daedalus, thank you for your advice! I gave up on that in the end. The quotes are just going to be left aligned! 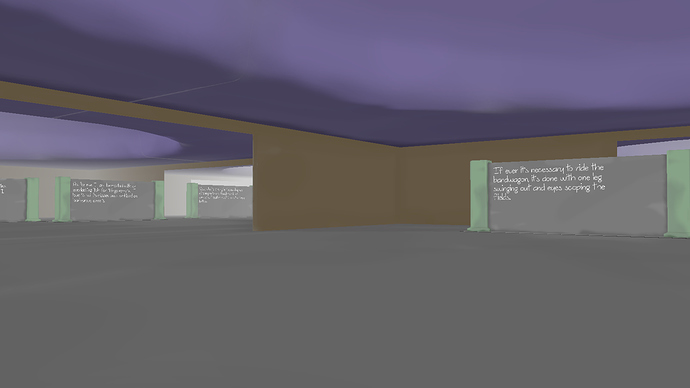 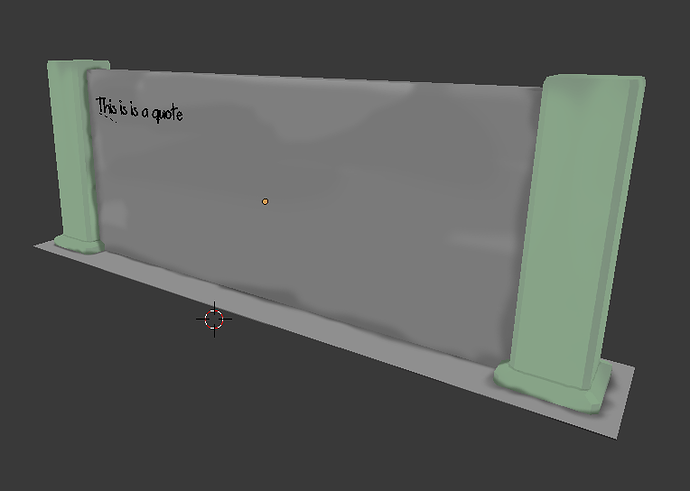 I actually loved the shadowy look - although the different look is definitely different - and not in a bad way.

So I’ve got this working pretty well. It’s a bit boring though. Any ideas where I can take it from here? Not much left on the clock! 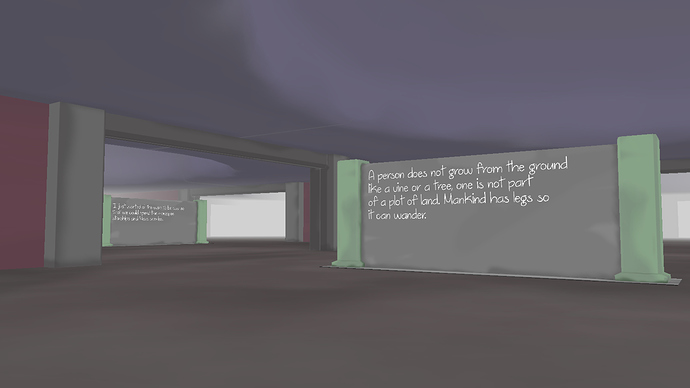 If you aant to align your test try python string.format() it’s not blender api but part of python.