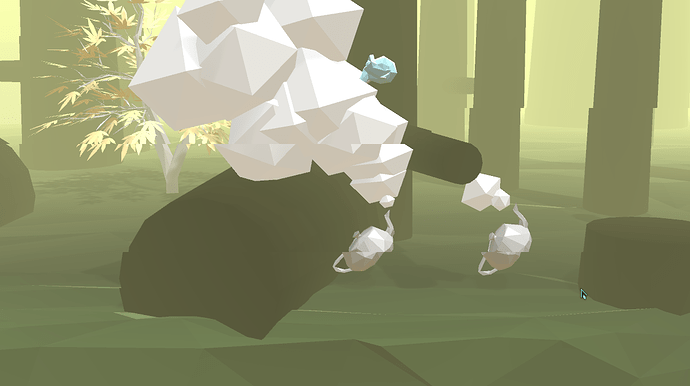 Made in three days and not extensively tested, so please do tell me all about the bugs you are certain to find

I opened the .blend but there is only a default scene? Could it possibly be corrupted?

Please throw in a Screenshot as well. So that we get an idea, what we’re getting into.

I opened the .blend but there is only a default scene? Could it possibly be corrupted?

Open the blend in a text editor and see what it says.

Open the blend in a text editor and see what it says.

OOh oh I got it to open!

You will have to delete the plane in front of the camera for it to work though.

Game has heaps of errors when trying to play in upbge and standard bge. If you want to participate in BGMC 23, please properly package a .zip file with working relative paths etc within the next 24 hours.

Oh Gandalf3! This looks like a great game, but it’s not working for me in Blender 2.77.
I don’t have upbge, but Thatimster says there’s problems there too.

Hope you have some luck getting it to work.

I apologize for the delay, the reason the .blend appeared empty was due to git lfs.
I’ve uploaded a zip with some patches (see the original post), as even when the .blend was there it wasn’t possible to complete the game.

Short but sweet. I enjoyed it a lot.
Nice graphics, you can see that style a lot these days… but you made it work well.

Some remarks outside of the judging:

I managed to get it running with 2.78a. The blenderplayer was adding something that made the characters appear to stick halfway into the ground. This effect does not appear when running from inside Blender (seams it is a bug at the blender player … nothing that influences the judging). Thank you for the little manual in the blend file.

I suggest to post the instruction here and at the github wiki (just in case someone is not looking at the .blend). Alternative a future version could have in-game instructions. I think a mini-tutorial at the beginning can fit very well.