Hi everyone,
I’m organizing the next BGMC on behalf of Josip and in the run up to the challenge there will be a few giveaways to hopefully get people interested and raise awareness of the challenge.
Here’s the link to the official bgmc website:
http://www.bgmc.tk/
We’re offering a steam key of trine 2 to the best 3 new blender tutorials to help people in creating their games. Tag the tutorial or mention it at the end and link them to the website above.
tagged with a link to bgmc. If there is more tutorials made which we think are really good there will be more games added. Also keep an eye out for other chances to win games in the next few weeks.
More info at the facebook page:
https://www.facebook.com/bgmchallenge 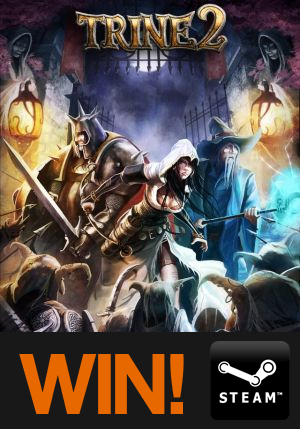 For anyone who doesn’t know it’s a contest which last a week and requires a game to be made around a given theme. At the end of the contest voting is opened up and the game with the most votes wins. Game jams are a great way to get ideas out and it doesn’t matter if the game doesn’t work at the end as its basically just bit of fun.
That being said there is some prizes up for grabs, which will be revealed closer to the time of the start of the challenge and there good.

Thanks everyone, looking forward to playing all the awesome games.

Looks like this part of the forum doesn’t get that much visits from BGE users.