Hi! I decided to start my game of BGMC 16 under this name: “Minosaur: The Maze”. It is going to be about a monster living in a huge maze inspired from Minotaur, but… this time it will be human-lizard instead of human-taurus. It will be more creepy. Player will have to try to find some valuables, avoid Minozaur and skeletons and kill weaker enemies aswell as look for secret rooms, keys and maybe(if I find time to make them) also solve some puzzles. The objective will be to escape maze alive, but it won’t be easy to do at all…

[devlog]Part 1:
*I have succesfully made a simple character for game. As a face texture I used an image aviable by dowloading it in Google Images. [Image aviable in attachment]
*I decided to script character walk controls myself, almost done the basics, character is walking pretty nice.

#What do you think about my idea about posting all development proccess in a devlog like this? Is it fine method? 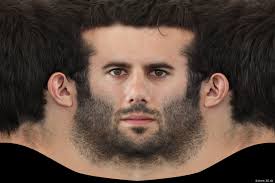 Hi, it looks good, but maybe change the camera angle a bit. Right now it will be difficult to see any enemies until it is too late!

Well, yeah. I will update camera position a bit, but I wanna also achieve a bit scary effect, so player have to be more careful and he can also get surprised by Minozaur…

[devlog]Part 1:
*The camera has been updated a bit so player can see further.
*Started to make some walls…

Yeah I agree with Smokin, can’t see the playing area. That’s what I look forward to the most in a game, exploring the terrain.
Other than that it’s looking good.

I’m sure you’ll get sorted out, it’s early yet.

Thanks! Finally, lets continue by making the level area so I can make Minozaur AI. I will add a video in end of a day. Didn’t in yesterday because I didn’t have time to make anything useful, just moved camera and made wall texture.

[devlog]Part 1:
*The level design proccess is in progress, the game will be very repetitive in visual, but that’s the principal of maze- it is hard to orientate in such environment.
*Added first torch: Wooden stick mesh + orange point light + particle system. Still need a light LOD for better performance, because there will be a lot of torches around(around 10).

Part 2:
*Light LOD succesfully made. The script was made by cotax, it is very simple and useful for large scenes with multiple lights. Here is the script:

[devlog]Part 1:
*Finally made key collect and door open system with no bugs.

Day 4 compiling video. All the new progress is visible here:

I feel the walls should be more solid. And also the maze darker. Also, if you check Normals on your texture, it will make the textures look a lot better.

I have made a normalmaps for each texture! As 2 people say walls are to thin, I will expand them - won’t be hard as they uses a 2 meshes - 1 tile version and 2 tile version.

Phew… Looks like game will be done at the last(tomorrow). After that I will tweak it’s visuals and add graphics settings(last 2 days polish).

battery, don’t you mind if I publish game tomorrow? All the logic is made, BUT - the files are not compiled together

I will try to pack everything, get every file already today, but I can’t promise. And, by the way, this is team project with BluePrintRandom. Thanks also to blenderjunkie who supplied to help, but this time it happened that BPR and blenderjunkie was offering mostly similar help, but as blenderjunkie has his own project and is not such experienced(he’s as old as me:)), BPR done all stuff. Thank you both! And thanks also to Decopolis developer(can’t remember his name) for a texture that I will implment in polishing part as a visual tweak(very great looking, realistic mossy stone bricks).