I like seeing how much I can do while working within the time constraints of the BGMC so here is a non-competing entry. It’s a bit difficult, has no real end and may hurt your eyes if you stare at it for too long. It was built in UPBGE 2.5 and is less than a 1MB. 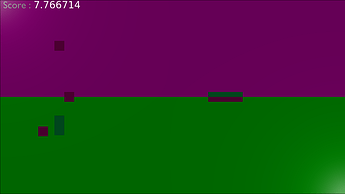 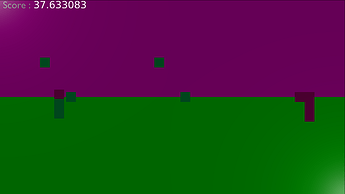 I liked it a lot, I felt like there was some good potential for some more puzzles to get through with the patterns of the cubes. It was simple and easy to play which was nice, sometimes the simple games are the best! I didn’t play for a super long time, so I didn’t notice the colors bugging my eyes at all.

Is there an a reason you are not competing? I don’t think being host affects anything, if we are going to have a community vote on the games (unless you have something else planned for this competition

Nicely done, and thank you for everything you did hosting this competition!
Fredstash

Thanks for playing it! I wanted to add a few more things, but time was a bit tight this week.

The start up time isn’t seeming variable for me, might it be that it’s spawning coins instead of obstacles? (Oops! I forgot to mention coins in the readme.)

That would explain it, there would be coins, and so I would get quite a bit farther early on if it was a coin first. Did the coins do anything in the game? I totally get that the time was tight, I barely got anything done that I wanted to get done