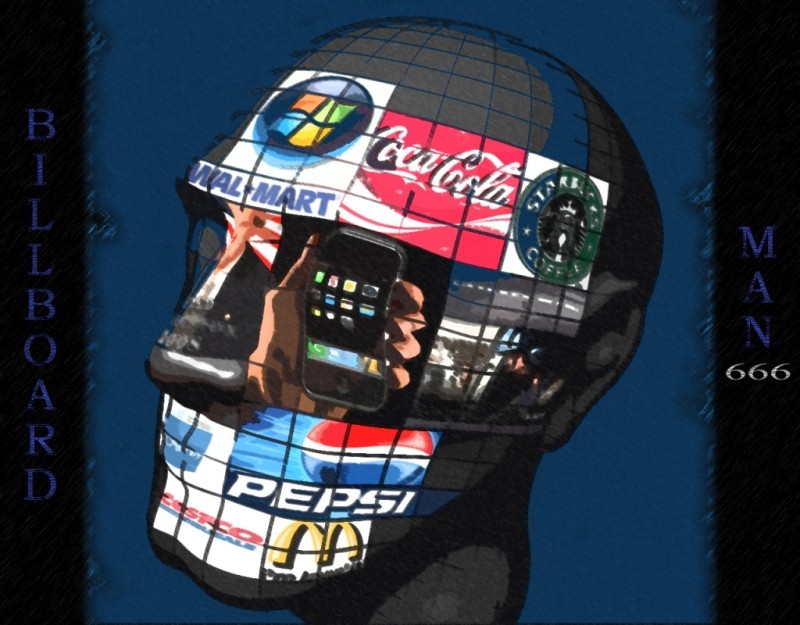 I like it quite a lot. My only critique is that his left eye seems very undefined, but that may be intentional?

The nose looks a litle big. Can I see the mesh?

Hey, thanks :). (his left eye, or the left eye while looking at the picture?)
It is undefined, mainly because actually modeling the eyes itself would disrupt the visual flow of all the advertising. And I think an eye would also prove distracting in menacing way, which I don’t want.
Concept-wise, I’m also trying to illustrate modern American mankind, who have become souless (“the eye is the window of the soul”) entities that become what they consume (“you are what you eat”), namely which is the face of a one-world corporate system … a proverbial 666.
meh? Does it have that kind of ring to it?

edit:
cotejrp1, yes the nose is large,. I started out with just having fun sculpting him out … so the wire is by multires. (this is also my first sculpt [I had played around with it before, but never created something from scratch and finished.]) 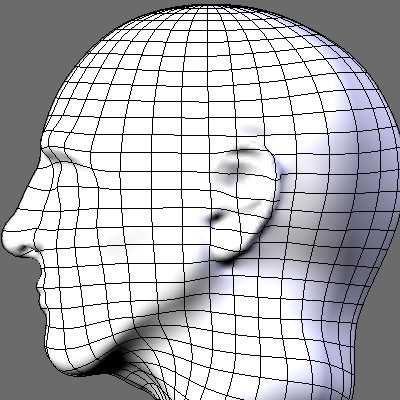 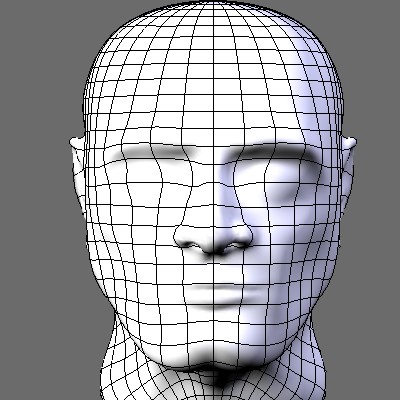