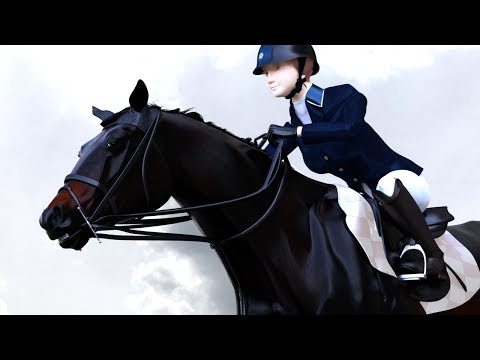 I conducted detailed analysis and made a wonderful discovery. The centroid and the body’s pitching movement became to be able to separated thanks to the new mechanism which generates impulsive force. It is the most important invention in this research period.

(1) Walking
The walking mechanism of horses turned out to be realized by ticking four beat with two independent pitching motion in the upper body and lower body. This mechanism is amazing.

(2) Stepping Pace
In the stepping pace, two beat is carved by one pitching motion of body. However, the rhythm of the four legs is uniform and stable.

(3) Pace (4) Trot
While comparing to the two basic gaits described above, Balance & Rhythm are lost, but propulsive and impulsive force compensates for it. Thanks to the new mechanism, there is a slight delay occurred in the pitching motion of the body, and the centroids is stabilized.

(5) Canter (6) Gallop
Although there is no change, since the new impulsion mechanism was added, the upper body became to rise more.

i really dont understand a thing other than some points

but the animation looks amazingly done !!!

Ok. First of all, let’s grasp the minimal mechanism.

A French math teacher Françoise Jadot created a demo with Geogebra to learn it.

This root mechanism exercises universally all of the terrestrial bodies.

I fixed the timing gap at the time of landing of the forefoot. The key to solving the problem was the delay in the beat of the front body. It is delayed 45 degrees from the back body.

Often, I heard exactly the same opinion about the behavior of equestrian gaits and the behavior of Wing Chun which is an ancient traditional Chinese martial art, “It seems to be artificial far from natural aesthetics. But it is physically reasonable.” I believe that these skills are collective intelligence developed by living organisms in order to be more closely related to the laws of nature and that mastering and maintaining these skills has certain effects on mental development. So, it has the effect of transitioning from chaos to order like returning spilled tea on the floor to the teacup again.

Hi Varipon,
thank you for sharing this;

I had not seen this part of your work yet and appreciate it particularly since it is the first veterinarian biomechanic study that I see.

If you have any advice, it is welcome.

Your model is very interesting, congratulations!