hi, i was modeling this head, without any problems
but when i made the ear, and connected it to the head, those black borders
appeared
but when i render there arent any problems

does anyone know how to avoid it? or have a link to a thread of this problem 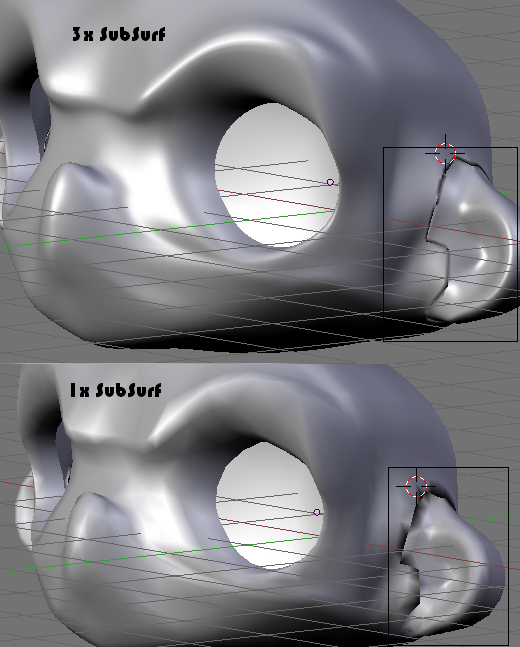 Your mesh has normals pointing inside and outside alongside those edges … in Edit mode, select all faces [Ctrl+A] and recalculate them ouside [Ctrl+N].

The tearing could be doubles. You may want to check that too.