I’m still trying to finalise my latest animation and it looks like I’m kind of stuck with one of the black dots problems - since I could not find an answer in the forums for this case, here is what happens in my project - please also have a look at the attached jpegs:

(The problem is a bit hard to see on a single frame because of the lighting situation, but it does show in the final animation… Also: the attached sample frame uses the same nodes setup but without going through the blur to make the problem easier to see…)

These dark dots (and in this frame here also a dark line that look like dirt/scratches on celluloid film) appear when:

• it might have to do with the camera placed near the centre of a spotlight with halo (a slightly different camera position might produce no dots at all for the same frame!)

• Strange: when the colour of the toon edges is changed to e.g. red the dots remain black (but when toon edges are off the dots are gone…)

The only working “solution” I found so far (also for my other coloured dots problem that has not to do with toon edges but possibly also with the camera placed near of/filming towards the centre of a halo spot) is to fix this frame by frame in the Gimp… This can be done in this case since there are not too many frames where it happens (maybe around 50 or so in a 4 min. animation), but it still is a lot of extra work and it is easy to oversee some of the dots.

Another test I just did: I replaced the objects in the second render layer (those that are used to make the toon edges) with new ones instead of the duplicates and it first seemed to solve the problem - but then I saw that the dots now appear in other places/frames…?!

Any ideas what might be going on here…? Or does it mean back to the Gimp for me and then writing a bug report…?

Does anyone who has been at the blender conference know if the dummy node that the Plumiferos team used to get rid of their black dots problem is somehow available for download…? Their problem seemed different, since it was random, but it still was a black dots problem… 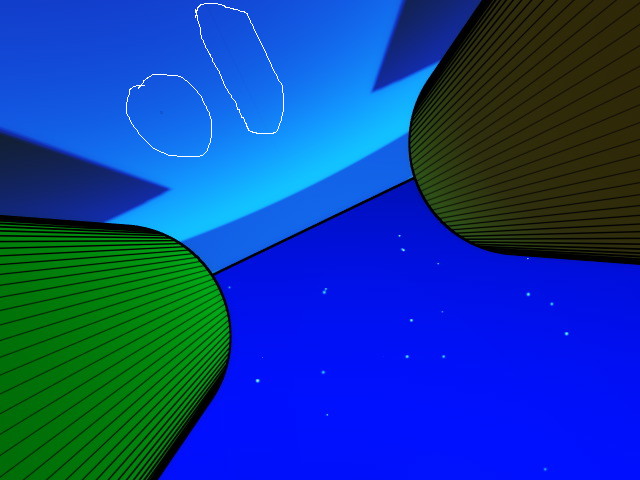 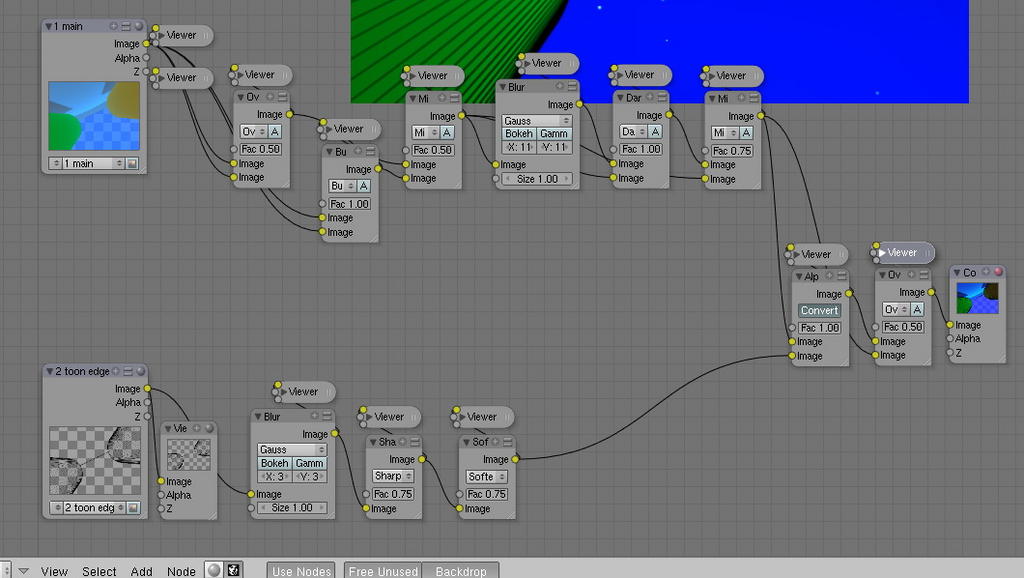 First of all check the RGB values of those dots. If they’re wacko (like billions) you can try using PlumiBlender (now online, check www.plumiferos.com).

I’m not sure what can cause that, but once I had a strange problem with render. When I rendered the scene it was very dark, actually some pixels in render had negative values, although I didn’t used composting nodes. The solution to this was to append everything (except Scene datablock, I think) to new file. So this might help in this case.

First of all check the RGB values of those dots. If they’re wacko (like billions) you can try using PlumiBlender (now online, check www.plumiferos.com).

The RGB values of those dots seem just a bit different (sort of as expected according to their colour), but in any case this is now the best excuse why I’ve just got to upgrade to Leopard/Bootcamp + Ubuntu (I’m still on OS X 10.3.9) as soon as I’m done with this project: I have to give PlumiBlender a try!

My first attempt at appending everything to a new file somehow went wrong, but I’ll try again - this is interesting: it reminds me a bit of the old Final Cut Pro trick where you had to trash the Preferences as a last resort if nothing else could solve an unexplainable problem…

For now I try to finish the animation with a combination of working on single frames in the Gimp and for the toon part I’m just testing a stupidly simple solution: since it seems that those dots appear in other places if I offer blender other newly created objects instead of the duplicates (for the 2nd render layer/toon edges), I thought I might be lucky and could maybe use the best of both render versions and reduce the amount of frames I have to work on manually…?! (Since I saw that there are probably a bit more than those 50 frames I previously estimated that would need some extra work…)

I now reported this as a bug and won’t finish my animation until I have I working rendering setup - I saw that there are just too many of those dots, fixing them all by hand in the Gimp is probably too risky since you can easily miss some of them and of course they influence the overall image quality…

I attached a sample .blend file in my bugreport, if anyone using PlumiBlender has some time and can render those two sample images set up for the bugreport it would be great to hear about the results you get when the PlumiBlender FixNode is used (vs. when it is not used): if this is a working solution then I might just upgrade to Leopard and install Ubuntu and PlumiBlender via Bootcamp…

Any other tips welcome of course.

So is the top part of the image a reflection of the bottom part?

If so, I discovered that the raytransparency feature has a flaw that produces black dots. What you can do is increase the raydepth to 10 and turn down the IOR.

So is the top part of the image a reflection of the bottom part?

If so, I discovered that the raytransparency feature has a flaw that produces black dots. What you can do is increase the raydepth to 10 and turn down the IOR.

Hmm… Not quite sure if I can answer this with yes, maybe best have a look at another render I attached: this is the front view of the two characters in the scene, the other render (from the .blend file) is in the middle of a camera movement, where the camera moves/rotates out of in between the two characters and just happens to be almost upside-down… So maybe there is no reflection involved in the sense you mean, but not sure. 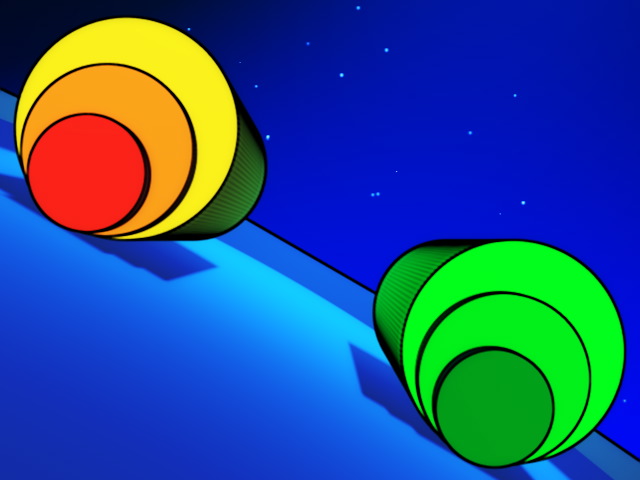