I’m trying to model “over” a photo using BLAM camera calibration add-on, but as you can see on the screenshot (the node setup is not complete) the final render is not correctly aligned to the camera view I am modeling with:

Is there a workaround, or a better way to model over a picture keeping the correct perspective?

Probably because the image dimensions don’t match the render dimensions.

Add a Scale node to the image input and change ‘Relative’ to ‘RenderSize’.

Thanks organic, your solution worked perfectly, even if I don’t understand exactly the logic behind. 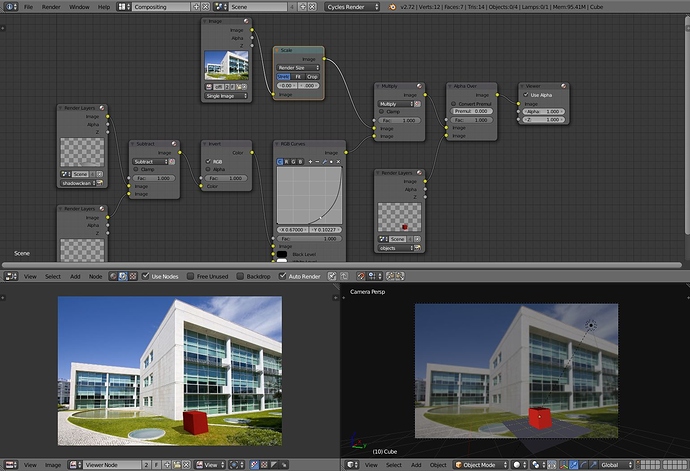 The scale node resizes the backplate image to the render size. Setting the scale node to ‘RenderSize’ assumes they both have the same proportions.