Found a bug! O.o (no seriousness)
Look at the attachment

I did that, by baking a fluidsim on Blender 2.49a, getting bored, opening (during Fluidsim, which probably isn’t recommended^^) Blender 2.5 and testing the (obviously unfinished) BOIDS there

Boids worked fine (besides not being able to finetune their behaviour as in 2.49). Then, when I looked back to the fluidsim, that’s what I saw 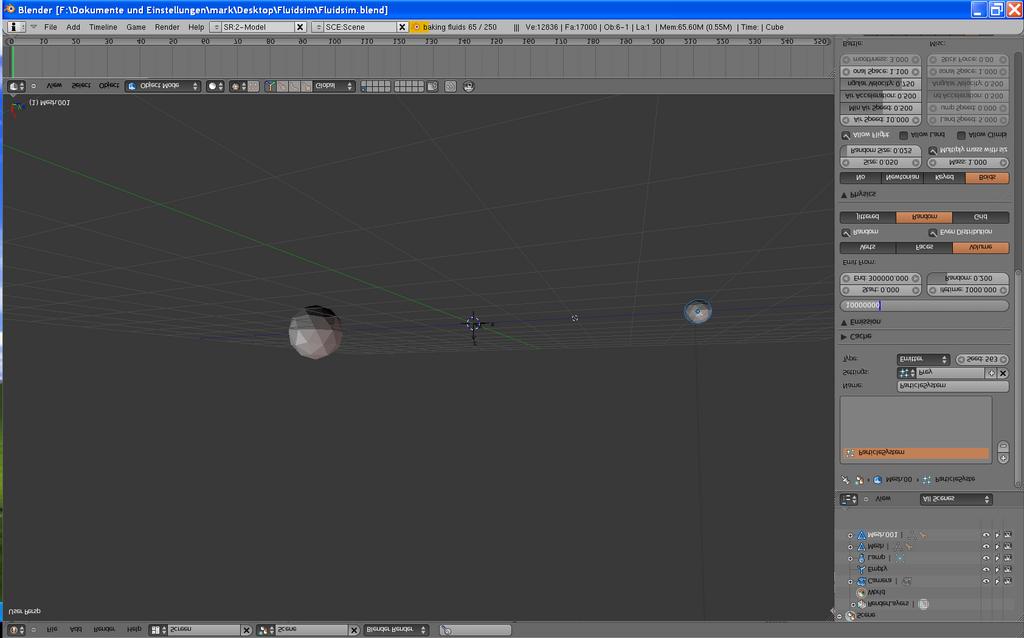 The quality of your attachment is so bad I couldn’t tell for a moment… but is it just me or is everything upside down??

No, it’s not serious that this is a bug. (Or at least it’s none which would need to be fixed)
Yes, it’s auto-scaled down…
and yes, the whole 2.5-interface is upside down. - that’s the "bug"y part about it. Though, the top line, where you can see the current frame to be baked, is correct and also from 2.49

It’s somewhat clear, or at least expected, that while (pre 2.5)-Blender freezes during bake, and you open a window, it might happen, that the other window shows everywhere over the freezed parts. As soon as the bake is over, you’d just have to move around your mouse and things go back to normal.

What IS strange, however, is, that the interface is suddenly upside down O.o

(though, now due to bakeupdate, the 3D-view went back to normal. - the rest is still from 2.5) 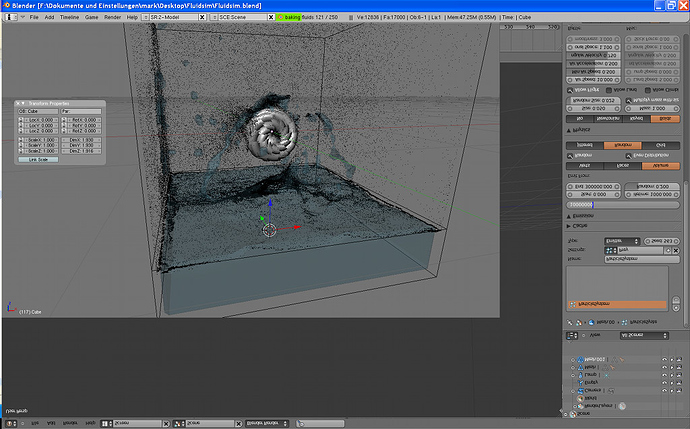 I know of a quick fix…

Turn your screen upside down.

The remaining .49 interface is the smaller part anyway :yes: