Diecast Studios, and independent game developer, is using Blender and UDK to create a series of games. The image and the video link are from a teaser representing one of the game concepts.

The logo effect was created using an animated displace modifier with key frames controlling the strength.

The terrain was created using an alpha mask as a stencil to display multiple image textures. These textures were mapped to the color as well as the normals to give the effect of detail on a relatively simple mesh.

The fog and snow effects were accomplished using two animated cloud textures mapped to the horizon with animated x offsets in combination with a deep mist setting, and a simple particle generator with a halo material.

The ice and snow inside the cave are simple transparent, reflective materials with cloud and image textures mapped to normals and color.

The textures on the woman’s suit are normal maps generated using the “bake to normals” feature included in blender 2.4x as well as 2.5.
Several meshes were created to generate tiling normal maps.

Make Human was used to generate the basic model originally but very little remains of that original model after extensive alterations. The shape of the suit was accomplished mostly by extruding, loop cutting, and duplicating parts of the original human mesh.

Animation of the woman was done using a fairly simple armature with ik chains and “copy rotation” constraints. The bone weights are mostly automatic with some adjustment through weight painting and assigning of vertex groups.

The device display uses three animated shape keys with modifiers added to the ipo curves for noise and cycles, and a sine wave for pulses.

The effect of the woman being disintegrated is a simple string of still images strung together in the VSE (video sequence editor) with animated glow effects and a series of iris wipes with a generous degree of blur. each stage of the disintegration displays a separate mesh that was rendered once with textures and again as a halo material.

Extensive use was made of the Blender 2.5 VSE including speed control, transform, cross, gamma cross, various wipe effects, alpha over, animated strip opacity, etc. In spite of it’s callow state, Blender 2.53 Beta VSE performed beautifully. Although it did crash the first six times I attempted to output the video.

The sounds were generated mostly using a Roland Phantom X8 (synthesizer) then cut, duplicated, and mixed with animated volume ipo curves in the Blender VSE.

The effect of typing the text is a quick hack. A mask consisting of a zero alpha material with no transparency calculation moves with an ipo modifier of cycles with added offset. The mask reveals the text already in place. The flashing cursor is simply two images alternating using the VSE.

There are still errors in the video. A final version should be available as soon as the remaining renders are finished. For now you can see grandma’s false teeth floating in the air and phantom device.

The video in it’s entirety was created by The 3D Advantage. The original concept is a product of Diecast Studios. 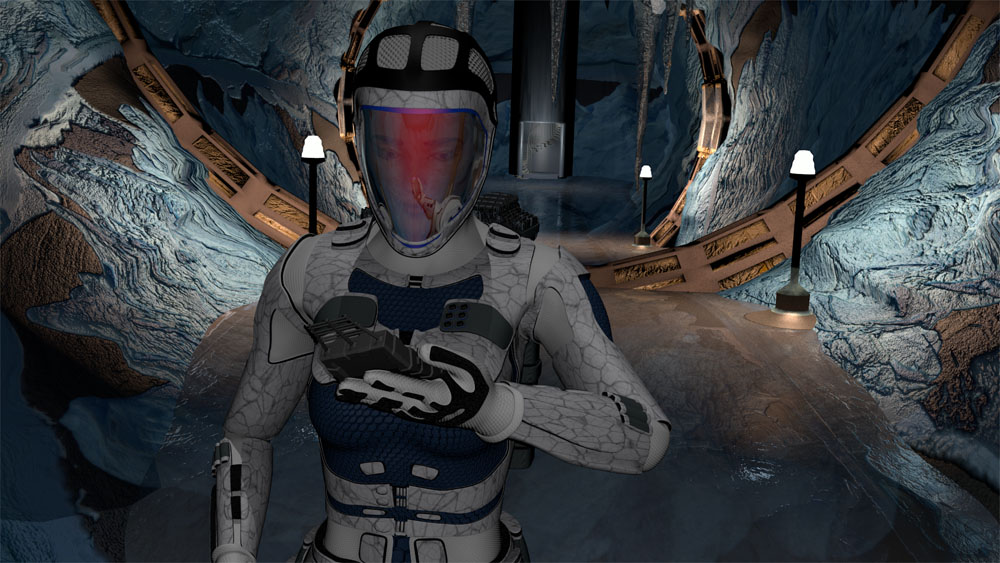 Nice. I was learning to use UDK a few months ago. I wish I had time to do this kind of stuff. Keep at it.

I’m hoping for some better future support for udk and blender 2.5x It is possible export characters and meshes but I’ve had some issues with materials and custom animations and armatures.

I still have a lot to learn about udk

I’m surprised I didn’t get more feedback on this one.