Again, it’s not William who make the icons.

If you are used to the forum or to download .blend files from different users, you can see that users have very different ways of dividing or configuring areas/editors, headers and properties locations. I guess those settings are not whimsical, but that they are chosen according to the convenience or taste of each user.
But with the new Top Bar design (at least how it works for now), does it make sense any other configuration of Areas/Editors where the 3D View is not exactly below Top Bar?. In any configuration where 3D View is somewhat away from Top Bar, it starts to be annoying because the long trail with the mouse. I do not know if there is a possible solution with the current design, because the lower part where the options appear in Top Bar are very related to the upper part of the menu because the tabs, so I do not think that the lower part with options in the bar could be separate for it to be a floating bar with the possibility of it being able to be placed always near where you decide to configure 3D View (or any other place where the bar might be necessary), to allow greater possibilities of configuration of areas/editors.

That’s true. E.g. this is my default setup that has worked splendidly for me for quite a while: 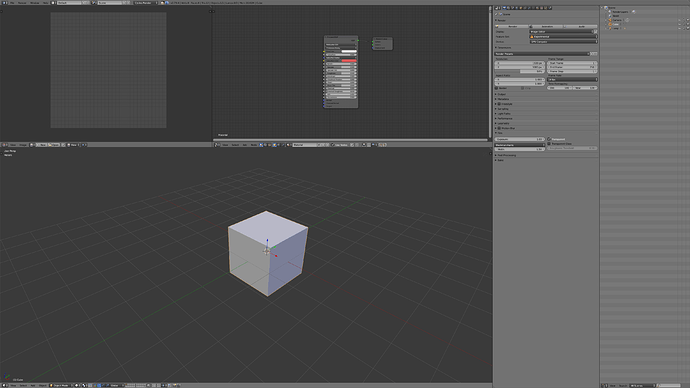 I’ll be pretty annoyed if I have to change it because the topbar is immovable. They wouldn’t do that though, would they? Surely the bar is meant to work per area eventually, right?

The top bar is for the active operator I think and you can only hide it.
It will show the options of the operator you use even if you’re in 3dview or image editor.

That’s quite bad. I often use node and image editors on top and have 3D view on the bottom of the screen. I would have very long travel distance to topbar (I use 2160p display).
Wouldn’t it make more sense if there’ll be one hideable topbar per 3dView?

I mean, It’s ok if there’s only one. But at least it should be movable like every other area. I’d probably like to sandwich it between the node editor and the 3d view. And what happens when you use multiple monitors?

Hmm, but how would you otherwise make it movable without changing principles of blender interface? At most it can be made next ‘Info’ editor which is a bit weird concept (for me it’s ok, but I don’t think that many people would like it)

You have two topbars… yeah, is a shit. Or it was the original idea.

At the end of this task , there is a mention of a Tool Settings editor as a Properties tab.
https://developer.blender.org/T55036

It would mean that you could locate Tool Settings anywhere in your workspace as a dedicated area.

I never actually use the toolbar. I use the F6 floating panel (actually assigned to the spacebar) each time. If it was me, I’d just make that more discoverable instead of making a topbar, but I understand where they’re coming from. What I don’t understand is why it should be immovable. Every other panel is movable, and always has been, and this has been very good for Blender.

yeah I agree users need to be able to generate their own sculpt icons easily, I think it could be done automatically, here’s some i made with a sort-of smart material where it colors anything a certain distance from a sphere the outline and shadow were done in krita but could also be done in blender.

Just FYI the icons are made with Blender (they’re actual 3d geometry). I haven’t tried, but there is a script to generate the icons.

The blend file is available here Edit: Actually, I just tried downloading it from there and it doesn’t work. I just use ‘svn checkout https://svn.blender.org/svnroot/bf-blender/trunk/lib/resources/’ —not sure how to pull it off phabricator. 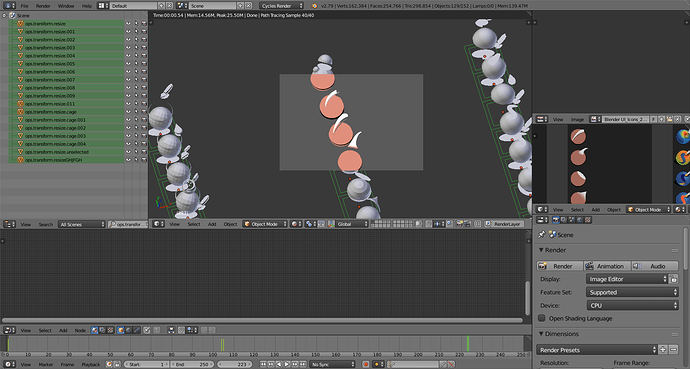 What I don’t understand is why it should be immovable.

Topbar is just a new concept to handle that + Workspaces Tabs + Renderlayer name + Scene + general menus (File, Render, Windows, Help).
Topbar is all of that. It is not just command settings and mode pop-overs.

I don’t remember nobody asking for this type of icons to “fuck up” something.

I think that is just a tentative to harmonize brushes icons with icons of toolbar in other modes.
It was not the case in 2.79.
And I think it does not work well for the moment.
In 2.79, the “sphere-style” works because preview of brushes are huge.
In fact, only one quarter or half of sphere is really representative of brush action.
So, on an icon with a reasonable size, area of interest is small.
But I have to say that with theses constraints (that imho, should not be followed), work done was not bad for paint modes.
I think that if pertinence of constraints to make those icons was quietly questioned per mode, same author could make ones satisfying most community.
Flat bichromatic icons without lines for shadowing to demonstrate sculpt mode relief = probably not the best choïce.

In 2.79, the “sphere-style” works because preview of brushes are huge

Zbeush use these icons in little size and work

To comments on the tool-system - there is just so much left to do that I rather focus on getting the basics done and see how users find it, taking feedback on something which is working as intended instead of half working code - where there is too much confusion and requests about things that are already planned.
Adjustments can be made after that.

This morning we setup a task for the tool system: T55036
I’ll focus on this list now.

It works ok in this simple selection, but when you have a bigger, denser mesh, spotting that stray face or vertex you accidentally selected on the other side of the model will be unlikely. Which will result in more time lost fixing the mesh you subsequently you ruined.

And one more very important thing: with the dropping of facedots, face selection must be rewritten to directly work in screen space - i.e. What You Click Is What You Get. Particularly for oddly shaped, unbalanced, or concave polygons. Super-thin polygons must also be accounted for so that you don’t have to zoom in to select them, and specially highlighted so they are never invisible (with facedots, they were always visible because the dot would show up, and this was great).

This is a great example why Face Dot should be at least an option.

2.8 is going to be different enough that many people would stick with 2.79 for a long time before adapting to it.

Just a couple of great videos that I’ve seen recently on YouTube showing the potential of Eevee:

2 icons next to each other