Blender 2.8 out of memory

I start rendering and get this 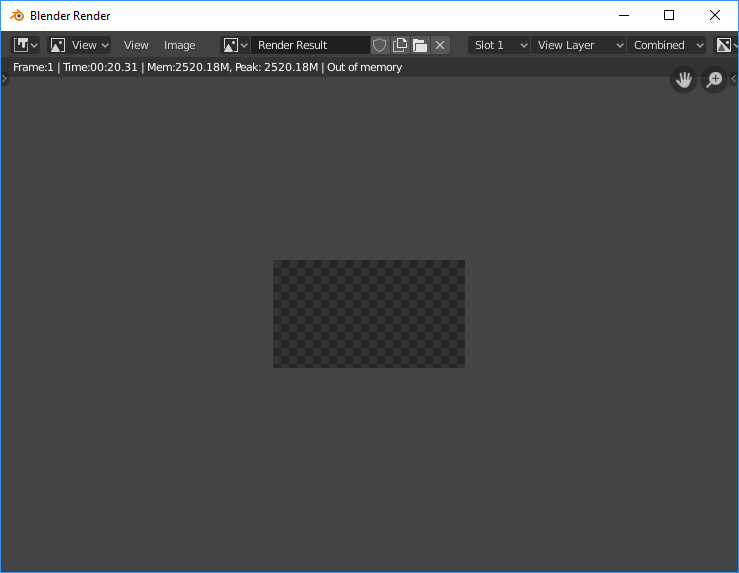 Are you rendering on GPU or CPU?

Use Cpu render with smaller tiles.

Just because you have 12gb of RAM doesn’t mean Blender gets all of it. If you open up your Task Manager or Activity Monitor, you can see under the memory tab how much memory you are using. If you have other programs open such as Chrome, Firefox, anti-virus… even background system processes, they might use most of your RAM. I have 8gb of RAM (I know, I’m going to upgrade

) and I’ve found that it’s usually a good idea to make sure Chrome is closed before rendering.

It is possible that his scene might be causing memory leak as well however he did not share any details about his scene or his system specs so it is all speculation.

I had steam ,uplay,discord and blender open and I was using 4-5 gigs that’s still 7-8 gigs for blender+it can use the much slower virtual ram so it shouldn’t really run out of memory.The scene itself uses 400mb in object mode.Could the principled volume shader(a single cube encasing the scene with no musgrave/noise input for density) instead of just a volume scatter and absorb node increase memory udage so much?

Why are you using cpu render if you got a dedicated gpu?

Becouse the 970 only had 4gb of ram(well 3.5 but let’s not get into that) and 90% of myscenes are above 4gb and if the gpu runs out of ram it can’t use the system ram nor virtual ram when rendering in cycles,trust me I wanted to render with gpu and I do whenever I can.

Yeah I remember the Nvidia’s fiasco with 3.5 gb memory on 970.
Can you share a screenshot of your scene and maybe the render settings?
I would suggest trying to render at lower samples(Preview quality) and see if the scene is rendered fine without any errors.

Something must’ve gone seriously wrong I can’t even open it anymore.I think I’ll just start a new project instead.

If nothing works, try loading factory settings(note: It will reset blender to default settings and remove any addons if installed)