I don’t know if you need to be a Cloud subscriber to see this, but Julien Kaspar posted a nice look at his texture painting workflow in 2.8, showing how easy it is to switch between input textures when painting, the performance (very smooth) and how close the representation of the final render is when using Eevee.

In this video I'll quickly show some of the new possibilities in Blender 2.8 with the updated Material View that runs with Eevee. This is less of a tutorial or breakdown and...

It looks great! Would be nice if there was a sample colour tool or key that could be held down that would allow the user to pick the base texture color without having to change the texture overlay opacity, and of course it would be amazing to have the ability to paint on multiple images at once, but overall it really look like a nice way to create materials.

That’s really great news! And this whole process has been worth something.

Also, it’s been a learning experience for me as well. Learning what works and doesn’t work within the confines of the code. — Not everything you do in an image-editor can always translate into code, but I’m glad we could get some ideas rolling. Thanks for all your support guys! You too Ace for motivating me to post this on DevTalk. 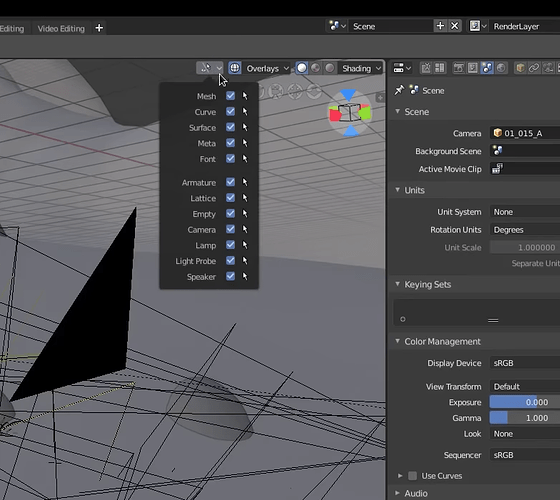 Yeah, very useful and on the right place…

3 posts were split to a new topic: UI elements being re-named 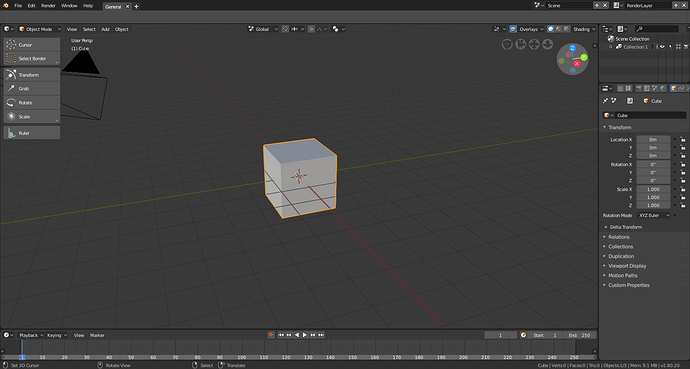 I like it. Easily recognize positive/negative part of the axes was necessary.
On my monitor, white “Y” on that bright green is a little hard to distinguish.

Ahhh that ain’t bad. Like Yafu says we can now discriminate between negative and positive, which was missing. And axes have labels too, which is nice for beginners.

I wish it was themeable… Or it is?

There are some theme options. They’re at the end of the User Interface section. Not sure if you can change the text color, though. Way better than the previous mockup, but I wish they would tone down the saturation a little, as I find it is still slightly distracting on the grey UI. Maybe showing a 50-75% desaturated version by default, with the saturated covers appearing only when the cursor hovers over it would be a little better?

12 posts were split to a new topic: Facedots regression

I’d like to have buttons to change the viewport orbit style from turntable to trackball, without opening the pref editor, and a quick acess to the “lock camera to view” option

Can someone advise regarding this: 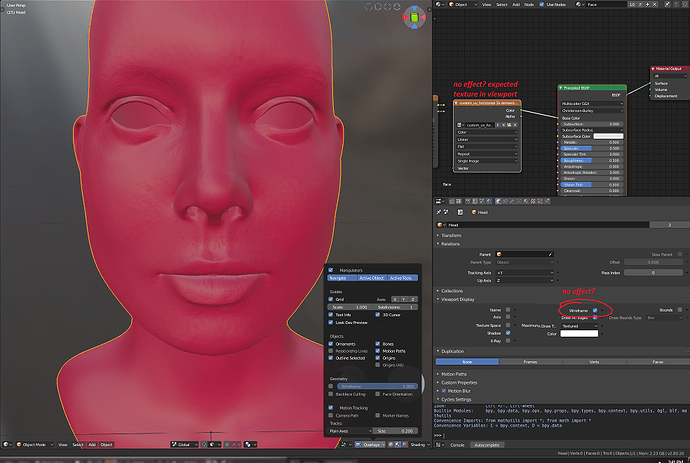 Hi, only guessing without the file, use Wireframe in Overlay.
No idea if Properties setting still work. Look in to Shading if Matcaps are enabled, change to Studio > Texture.

Thank You! It appears to be small quirk/bug (perhaps related to modifiers or density of mesh). I toggled SubD modifier on/off a few times as well as wireframe overlay upon which texture finally appeared.

This doesn’t do anything right now because smoke/fire simulation doesn’t work in 2.8 yet, but visualization will be possible once it does get in.

Is there a way to force Alt+rotate to go to orthographic views?

Is a bug, occasional jump in value, while manipulating numerical value using cursor (also while transforming: Translating/Grabbing, Scaling, Rotating, Zooming…), as cursor leaves the specific editor area and starts anew on the opposite side, present with anyone else?