Is this seriously the case ?

2.93 alpha is unable to run on win7 due to missing dlls.
Win7 is a 64 bits OS and there’s nothing missing on it for making blender run.
Win10 gives nothing more than win7.
Shall all win7 users give money to µ$oft ( then less money to donate to blender fundation ) ?

Dramatic much? In all likelihood very few people use win 7 anymore and someone just forgot to include the dlls in question, or else they are freely available and you need the appropriate redistributable.

Remember you’re dealing with an alpha. If the BI were to drop support for win7 they’d announce it.

there’s nothing missing on it for making blender run.

I’m gonna call out this assumption, or… you’re right and it’s a conspiracy. My guess is they’ve gone rogue and banded up with Stallman

Lol. Windows 7 is considered dead by microsoft and is not getting updates so its dead and insecure lol. Honestly tho having windows 7 on your network is pretty risky so dev on it could also be an issue.

Announced ? i guess it has been… shyfully:
https://developer.blender.org/T85596
Look at Barton note.

From my humble point of view, i’m unable to understand why win7 is abandoned.
It’s a 64 bits app offering all the needed functionnalities. Even NVidia or AMD still support it ( even if $$$Gates$$$ dont anymore ).
MS-DOS ? okay. Win95 okay.Win2K okay. WinXP okay… There are all non discussable lacks on those OSes for making blender run.
But win7 ??? There’s ABSOLUTELY NO REASON !
And don’t tell me it would burden the install file or the devs work !
Those kind of libs are just few Kilobytes of approved and improved code since now decades. And for devs it’s noting but a checkbox to tick saying ‘include win7 compat’ before running the compilation.

Dramatic much ? is what you say. indeed it is for me

At last but no least the missing dll do not integrate properly in win7 and leads to a crash.
If the abandon of win7 were motivated by a need of new great features with no bugs and fluent use of million faces meshes i could understand it and would think about migrating to win10. but i guess that most of the major features ( the ones bugged that fuck-up your bakes or renders or fluent workflow ) will still be there ( like they are since now 3+ years ).
so my interrest to waste money on W10 for blender is 0 except if i consider that praying for potential bug resolution in future releases would justify that i was forced to buy win10. This is nothing but speculation. Just like a bet and i hate to bet ^^

I’m one of those ( old old-days morons ) who think that ‘better’ is worse than perfect.
This is not the way of all people… and i won’t discuss here why i know they are wrong

as this is some kind of phylosophical discussion wich have no place here.

This is my opi and the reason for this post. And am glad some ppl give their opi too

It’s all explained in the notes, Python 3.9 dropped support for Windows7. The BF decided to keep up with the VFX reference platform which encourages Python 3.9. You can go ahead and install Windows 10, it works just as fine.

If you do not want to wast money on a windows upgrade, you could always update to a lovely new linux distro. You could even run linux on a separate HD (or partition) and keep your windows 7 until nothing works on it which in the long run will be inevitable.

12 years is a good run for an OS. Time to let sleeping dogs lie.

) give them the rogue flag

And btw, if Stallman is a rogue to you, i’d say… sorry kiddie please walk away

Now you call this assumption… okay

Give me only 1 reason why file path handling ( the object of the path dll ) is suddenly a no-go for blender ?
Is it because of a brand new file path handling that will allow user to find all shared files all over the world in seconds ?
Or is it simply because $$$Gates$$$ changed its libs for no reason ( or for selling its w10 ) and sheeps are born to follow him ?

I cannot say why i always knew python…
okay… this sux but i have to admit that when languages leave a world, you just have to die^^

Thanks for the info @Hadriscus

Frankly I consider Linux desktop distro far worse than WinXP in terms of UX/UI and just what is available to use and how well it works. Linux desktop is still worse than Win7 really and I’ve tried many distros… … Win7 still remains an OS that has far less background infested service shit than Win10… Basically meaning you can secure Win7 far easier than you can secure Win10… the biggest vulnerability in any OS is what can access the internet, don’t think I’d consider Win10 to not have backdoors anymore than Win7 could have with the last years of its cripple updates… so if you have a good third party firewall, you’re about as safe as you’re gonna be on any OS… Win10 is a bigger target and it has far more background crap wanting access to things… so if you think Win10 is more secure because MS still give you updates, you are frankly gullible and way too trusting of a company that literally screws over and wastes people’s time on a daily basis.

Anyway seems in this case that garbage and over used scripting rubbish language that is pyrot is the culprit for Win7 losing Blender support… who knows maybe in another year Linux desktop will be less rubbish. Probably not.

Win7 is going to be 12 years old this October. There’s a very good reason to drop support for it. That OS is no more. Sticking to an aged an unmaintained OS is your choice, a choice that doesn’t necessitate everyone else catering for it.

Now, I see you have a pretty strong attachment to it. There is, to paraphrase your words, ABSOLUTELY NOTHING stopping you from makin your own builds for Win7 with Python 3.8 for a good while, at least until Blender actually starts using Python features that aren’t available in versions before 3.9.

As i discovered blender on nux ^^
But i use Unity3D wich unfortunately only runs on win.

It runs on Linux aswel… just not as well supported

For reference, blender 2.49 is as old as windows 7

soo… this is the era of technology that is being phased out: 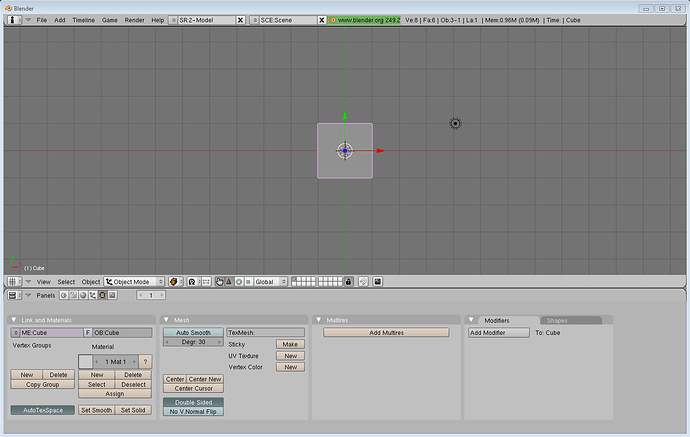 Has it really been that long since Win7 came out? Damn, I’m getting old…

But i use Unity3D wich unfortunately only runs on win.

Unity3D as in Unity the game engine? It’s got a Linux rev.

It’s weird, because UX/UI is the major reason why I hopped from Windows to Linux. The lack of full on software support does somewhat sting though, but it still has 90% of what I need.