2 weeks ago i came accross that our marketing dept. evaluate 3d software to produce simple render of sales boxes containing products, … standalone or in simple scenes. Working in the it dept. i offer to install blender as an free alternative, give a short (i guess to short) introduction and provide the help/tutorials i used when i learn it.

Today i heard they will use the other software (~1000 EUR each license) cause blender its only english and there are no simple icons to use, for creating objects.

Really i dont know if there are translation of blender, i would install the english version everytime cause it is more easier to learn from help and tutorials, cause most are in english. And not knowing the english name of an function makes really hard to find help. Sure blender has an harder learning curve but it is not so hard, or iam wrong? They should put the money in teaching lessons instead, in my opinion.

Did you came along with same expierence if you try to make blender as alternative in your company?

There are lots of translations for Blender built-in. Which version of Blender were you trying? For 2.80 for example:

Some are more complete than others as far as full interface translation goes: 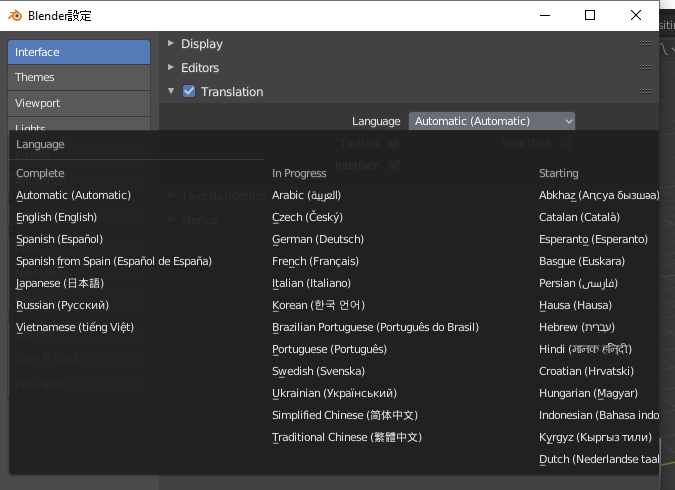 Huh? I don’t get it. There are simple icons right here: 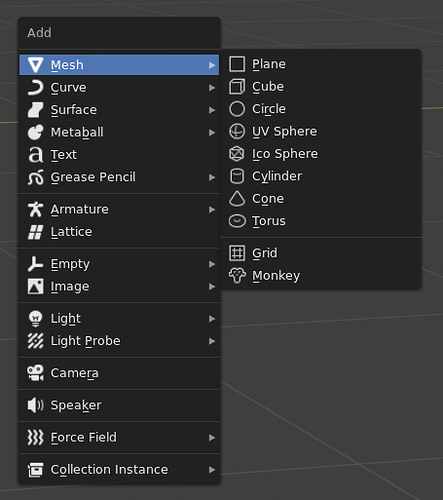 OMG, didnt find the translations in 2.79

, made a quick search i thougt there arent.

Yeah, i guess they wanted them everytime on top, and on the first level not under another group.
But there a addons out there right, i try again to change their mind. 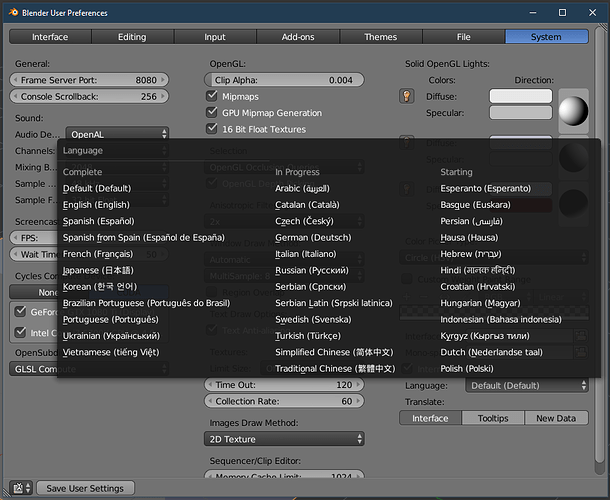 The translations are over here in 2.79.

Can you say which software they’re comparing to?

i try again to change their mind.

Why waste your breath. If they can’t be bothered to press Shift-A, then they fully deserve to pay $1000 per seat.

Oh, and they’re going to Rhino too, nice. Well good luck with those NURBS.

There is a second reason, if they get stuck, they call me

, if they use blender my support will be easier.

Here’s a thought: charge them more for Rhino support

Hm, you give me a thought, maybe i collect all the “negative” post from rhino forum and give it to them

Rhino is primarily a curve-based modeler used when modeling for manufacture. If you’re going to actually turn your model into a real car or boat, then that’s the kind of 3d you want to be doing. But for visualization, good old polygon-based 3d (Blender, Maya, 3dsmax, Modo, Lightwave, etc., etc.) is just fine and generally easier to work with.

If they are importing existing curve-based models that come from a CAD package, then importing into Rhino might be smoother, but if they’re going to make things from scratch then Blender should have the edge here unless someone has experience doing curve-based CAD work.

You can also do polygon modeling in Rhino, but it’s not its primary competency.

Also I think Rhino now uses Cycles as it’s default renderer(?) So you get exactly the same (or better with the latest updates) visual results from Blender for free, unless you want to spend hundreds more on an additional or 3rd party rendering add-on for Rhino.

Thank you for that information, i only made a quick view on rhino and saw it has it weight on CAD, just dont know if it makes a big difference.

But it is a good point if you say creating in blender is more easier than in rhino. Also that the quality is better, gives blender a point. They get sometime models from our suppier for sales boxes, shelves, rack,… they only must be textured and filled with our products.

I guess if i sit down with them make a render, showing the full steps in blender in comparision to rhino might change their mind.

Little update, after talking to another member of the marketing dept., it makes more clear, modeling itself are only few %, mostly they just want to arrange, the simple textured models for shop layout planning for our customers.

I recommend them sketchup, cause there is an free online viewer, so the customers can watch the layout easy in 3d, instead of a print or render. I attached an sample. 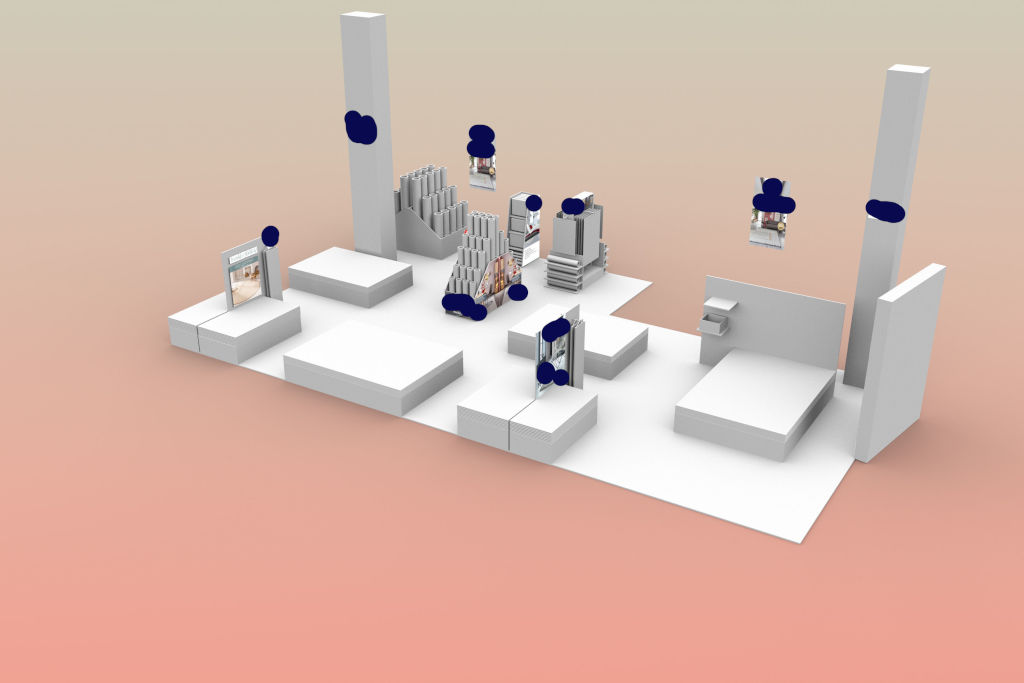 The Blender exporter lets you publish 3D models straight from Blender to Sketchfab.