Blender and After Effects issues

I have come to a fork in the road with this doozy. When I render a shot from Blender, I noticed a white outline when I applied the images to a background. After some researching, I *thought I had the issue solved by selecting “pre-multiply” under the alpha selection. It rendered great, and when I put it against a background, the white lines were gone. Awesome!

Here’s where After Effects (cs6) comes in, and ultimately, the dilemma. I want to use AE’s cartoon effect. When I applied that effect to my rendered PNG sequence in which “pre-multiply” was on, the effect worked, however, the outline did not apply to the outside edges of the characters in the shot. You can see it below in “example 1”. 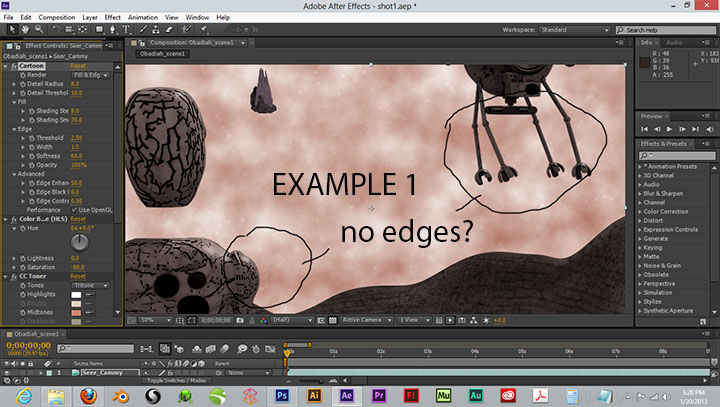 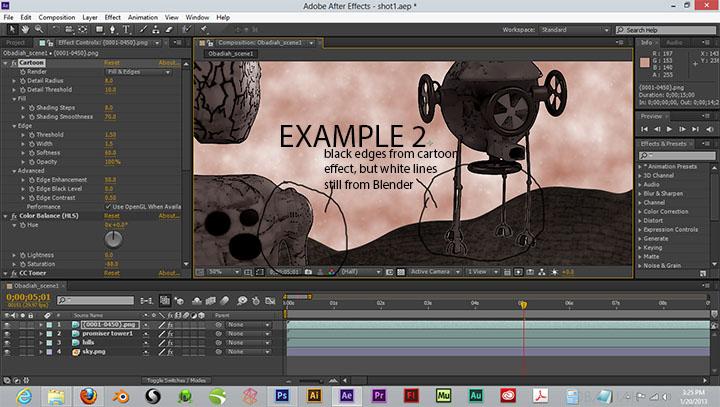 So my problem is that now I’m not even sure how I should continue rendering in Blender. Or, if somehow in AE the cartoon effect can work effectively with “example 1”. I don’t see that being possible though. I am stumped, and tired of scouring the internet for answers that do not solve this issue. This is so frustrating! AHH!!
Thank you in advance!

Isn’t there an issue with png alpha? Try tiff

Using a tiff still doesn’t solve the issue. There has to be an alpha channel.

Hmm…when I try the same thing it seems to work fine. I am using CS5, but I doubt that makes a difference.

From Blender I output a RGBA PNG. The above image shows a mesh object and a transparent plane.