Wow! I’m almost left speechless as I admire your very advanced attention to detail! Anyone who is offended by your work should find something else to be offended by because this is just amazing! Can’t wait to see a torso, arms and legs if you’re thinking of proceeding that far! Great work!

Wow, this is awesome!

Your modifier layout doesn’t make sense to me.

ES > BV > Sub = gives disconnected corners
Sub > BV > ES = Makes the BV/Bevel modifier not have any affect on the mesh.

Just exceptional work, without a doubt, the best detailed hard surface modeling I’ve seen at this site. I’m curious, you mentioned 80% blender, 20% houdini. What were some of the elements you did in Houdini?

Just exceptional work, without a doubt, the best detailed hard surface modeling I’ve seen at this site. I’m curious, you mentioned 80% blender, 20% houdini. What were some of the elements you did in Houdini?

As far as i know, it’s easier to do none-destructive modeling in Houdini.
I’ve never used it before but this thread definitely sparked my interest.

Other than standard modeling tasks done in Houdini( just as in Blender), perhaps some of more interesting areas were:

Here’s a small gif of a pretty basic workflow that i use in Blender. Also showcase some of the python tools that set the modifiers up:

Thanks again guys! I hope my post is of any help/information! 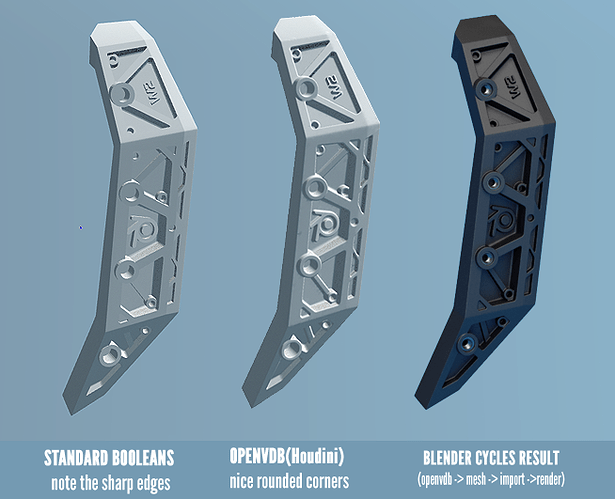 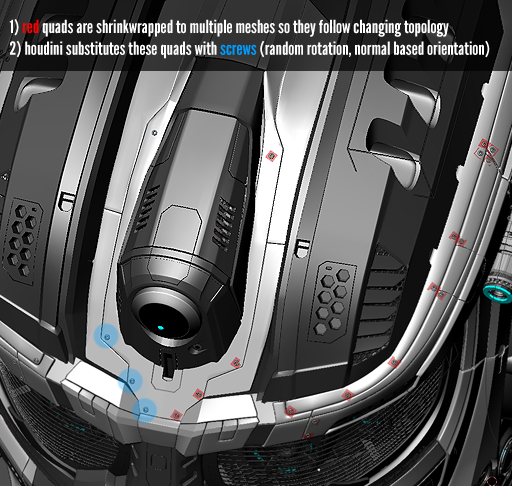 cgstrive
if you don’t mind, next time when you take time and work on something like work in this topic just record video and 2x-3x it and drop it on youtube - it will rock!
p.s. OpenVDB based booleans remind meshFusion in modo…

Just fantastic, the top row should change in the morning and I have a hunch this will be there.

Thanks for taking the time to share some knowledge. This is pretty cool and makes me interested in Houdini a bit (I think they have fair prices for freelancers now).

Bump for justice, i would also like to see a short vid of you doing a small part of the suit.

This is just amazing… what did you use houdini for?

You are an inspiration.

Just putting that out there,

and yeah hard ops is amazing

The modeling on this is phenomenal!
I’m super impressed by how intricate and clean the details are. Great work!

I love how well everything “fits” together, there’s this feeling of genuine construction to everything. Every part has its place and purpose, and I really like the holographic decals. Nicely done!

Very cool work. As a musician, I’m happy to have my name on the ear

Also awesome that the Ü made it in there

Thank You all sincerely! I generally try to keep my head down and not to post too much as there are so many other artworks that should be on first page. At the same time I’m really honored and humbled by all the kind replies!

I have slightly updated the model and rendered at 2x the resolution for print. As a result updated the images in thread as well (marginal changes, mostly cleanup).

@julperado - Thank you, i’ll check them out.

Very cool work. As a musician, I’m happy to have my name on the ear Also awesome that the Ü made it in there

Thank You Sybren! There is reference to 23 individuals(including Ton) based on: https://www.blender.org/development/top-22-developers-2015/ I tried to create subtle reference as part of design. People who know what to look for would find it, for others it is just design. It’s a token of appreciation for the hard work and contribution of the individuals who have made Blender such an amazing platform of creation.

I love how well everything “fits” together, there’s this feeling of genuine construction to everything. Every part has its place and purpose, and I really like the holographic decals. Nicely done!

Thank you! The project was named Astromonkey due to attempt to create a plausible futuristic planetary exploration suit inspired by Mass Effect trilogies. Functional design was considered with such as creating optics with wide field of view, operable in different light spectrums; hologram/communication; pressurization, breathing and filtration systems; exoskeleton to manage different planetary conditions(e.g gravity, terrain) as well as light armor for all purposes and hazards. I try not to go overboard as long as things feel more or less acceptable. At the same time when you analyse games in motion or great artworks then most elements have at least some validity and functional purpose. It’s good to try and think about these things.
Additional reason for such design had to do with technical challenge as very often hard surface meshes are planar especially when working with kitbashing(ideal for mechs) or boolean techniques. Planar/flat meshes are a easier to manage(edit) in comparison to dense organic forms where keeping them without dents and with high quality/complexity detailing poses a challenge in linear modeling environment. Blender does not impose linear workflow and is equipped with state of the art SUBD modeling (with creases, edge widths/bevel, sharp edges etc) as well as superb modifiers (including booleans) that can be stacked up for highly efficient nondestructive workflow. In nutshell I tried to have light, organic, modern day styled subD meshes with heavy reliance on modifier based detailing (mainly booleans).

Exellent work, thank you so much for the credits! One of the things I miss so much from this comminity.