Sup guys,
The title about states it…look for yourselves…a slightly less boring interior than the last one.
Comments and Critique needed,
Regards,
Tim 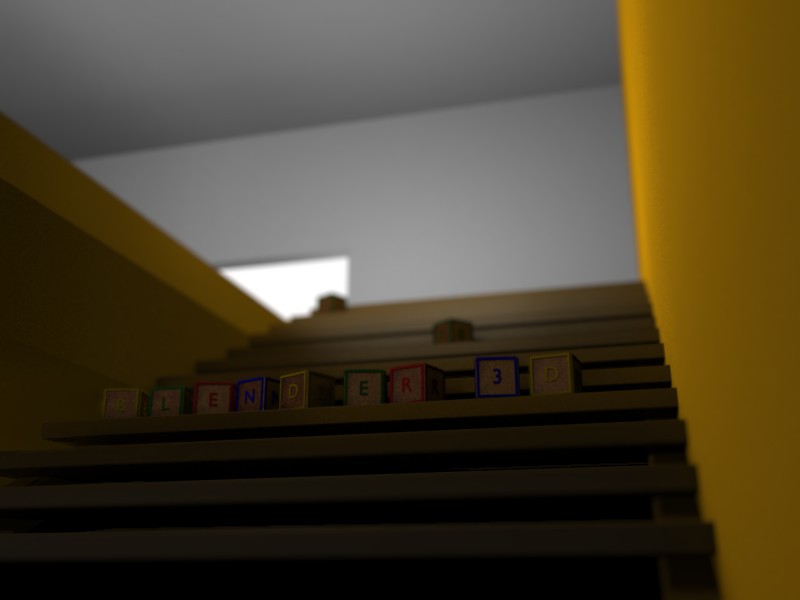 Maybe have a huge pile of blocks on the top of the stairs and the railing perhaps?

Someone is going to get hurt leaving blocks on the stairs. XD

Seriously good job. However, it seems a little dark. Is this BI or Indigo?

how about a wave of these blocks flooding over the stairs
dont get me wrong not animated but a still.
am i wrong or is the b in blender missing?

This is a case where radiosityshould be used. First, make the wall a nice color, not mustard. Then run radiosity for the wall to cast light into the stairwell. It will add much-needed light so I can read the blocks. I cannot tell what they say.

Yep someone is going to get hurt.
–> PapaSmurf
I can’t use radiosity cause blender sucks at it. And this is BI.

Maybe you could add a really low power hemi that is set to your wall color. have it face to the left of the scene. Just a thought.

It is pretty cool… But yeah someone is going to get hurt!

Let there be light!