So I have been taking a look at what people are doing with Blender and then also with other software such as Substance Painter & ZBrush, and the output seems generally comparable.

I’ve considered learning ZBrush for sculpting before, but then I see work created with just Blender and I say to myself that I’d really like to just focus on Blender if X is possible with it.

I see now that Substance Painter is quite popular for 3D paining, but similar to ZBrush, I’ve seen comparable work with just Blender. 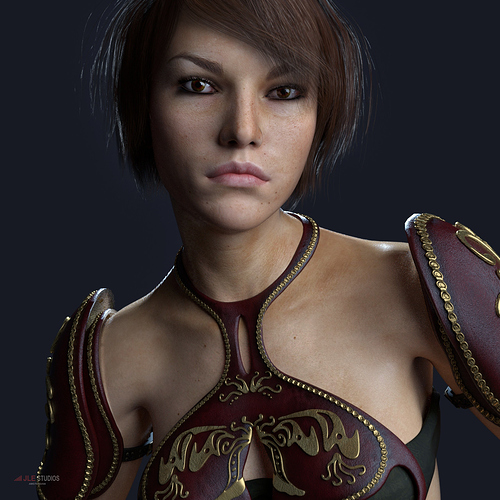 In some of their work, they do state that they use other software such as ZBrush, but most of it is primarily using Blender.

Could anyone please tell me if I’m missing anything? Is everything possible in Blender with the same quality output, and if so what are the advantages of using additional software, just workflow?

I’d say that I’ve been convicted for a while now that sculpting between ZBrush and Blender is pretty similar workflow wise, but since I just came across Substance Painter, could anyone tell me how the workflow differs between it and Blender?

Is everything possible in Blender with the same quality output, and if so what are the advantages of using additional software, just workflow?

While most of it could be created in Blender, a workflow could be a big thing for what you’re using it.

Zbrush and substance painter are specialty applications. Zbrush focuses on sculpting and related things and has a bigger toolset for it. It can handle more geometry than Blender, which in turn makes new tools and workflows possible, like sculpting with previous models. Could do something similar in Blender because it’s not limited to just sculp mode, but the viewport performance can still be an issue. Zbrush also has some things Blender doesn’t have, like automatic retopology tool to get at least a headstart for retopology, if not an adequate result as is. It can also bake and use vector displacement maps, which Blender can’t, apart from using one with the displacement modifier.

A material usually consists of multiple texture maps and Substance painter is used to create textures by using full materials instead of just individual texture maps, but also allows to manage the whole collection, hence they call it substance painter instead of texture painter. There’s no equivalent in Blender. Blender render materials can be mixed with nodes and could be used for something similar but there are two problems with that. The viewport doesn’t preview procedural textures and it’s not suitable for PBR workflow. Cycles would be suitable for PBR but can’t mix materials, and its viewport previews are worse than in Blender render because it can’t preview complex node setups, which get too complex for that when the material needs to be built with all the textures within that same material.

Could anyone please tell me if I’m missing anything? Is everything possible in Blender with the same quality output, and if so what are the advantages of using additional software, just workflow?

Blender is a kind of “Jack-of-all-trades-master-of-none” application. Can you texture paint in it? Sure. And sculpt, too? Yup.

But that doesn’t mean Blender is on par in those areas with highly specialized micro apps that were solely programmed to serve the respective purpose.

Blender surely is “good enough” for most of those areas, but saying it is “really good” might be a stretch. And how could it be, since it has to cover a whole broad landscape of other features as well?

So, if you want “really good”, you’ll add those micro apps to your pipeline.

There is a lot of truth in IkariShinji post. To do this kind of things like substance painter we need next gen viewport. Wait a sec for 2.8 and all of this will be possible.

So 2.8 is mainly going to be a viewport improvement, or other elements related to painting as well?