This is a rather unorthodox use of Blender, certainly. If I was good at Photoshop I would probably just use that. But, since I’ve been 3d modeling for 9 years and using Blender for 5 of those years, I’m super comfortable with the workflow Blender offers. I’ve also realized that a 3d model of an OS icon is much like a vector drawing; i.e. you can zoom in on it and it doesn’t lose resolution (except for polygon resolution, I suppose). However, this basically means that if you want to design icons for a low res screen or a 4k screen, you can do it in Blender and never have to worry about icon resolution.

I’m super interested in operating system design. I like the psychology behind pleasing (and intuitive) design. In this concept, I use a very limited color palette so as to make a neat, organized look. I wanted something that looked fresh, but also something that didn’t just look different for different’s sake.

Anyway, here it is. (Also that background is a photograph of mine) 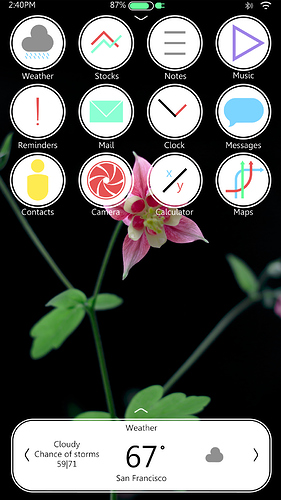 Thanks for viewing! Would appreciate some feedback on either the idea of using Blender as a 2d graphic design tool, or on the OS itself!

I’ve been waiting a number of years now for BlenderOS. The non-blocking UI with lots of keyboard shortcuts, every window zoomable and consistent scrolling and so on all seem worthwhile. I hadn’t considered adding 3d icons manipulable icons before - good idea.

just some quick C&C, all OS these days look a lot more modern, which i believe is due to 2 major things that you are lacking!
Transparency and Gradients.

Thanks for the critique, BAGraphics!!! Here’s another attempt. 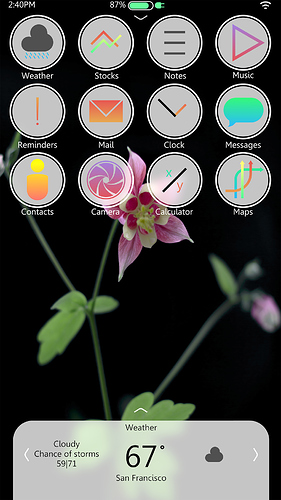