thought i would post my progress and see what everyone thanks about it.
right now i’m in phase 4 of 7 in this image but phase 7 is the hard working phase.

thanks for any comments. 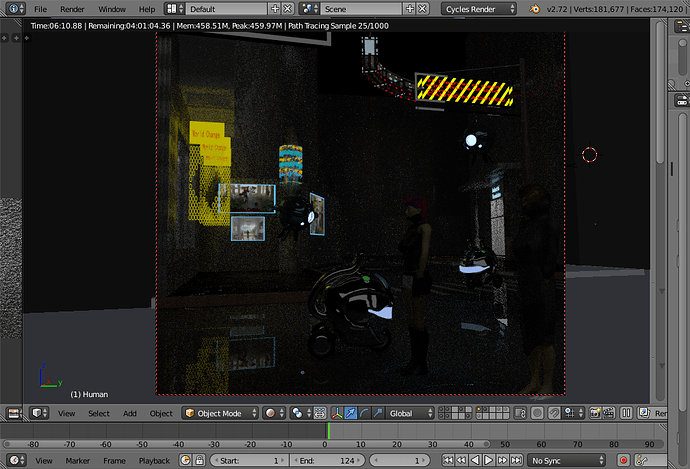 I would make the scene less glossy, in particular the floor and robots since it is really hard to light a scene which just reflects other surfaces that are not diffuse.
You could also add some tubes and gears. Right now it’s more sci-fi than steampunk ;).
Nevertheless is looks interesting so far. What is the story behind it?

Thats what i was aiming for futuristic steampunk.

I was looking for refrances for this scene and decided to go cyberpunk, victorian, steampunk, futuristic, gothic.

The story…well i was thanking about how steam was a part of the industrial revolution a long time ago and how everyone thought it was the future of power then gas power came along.
i wanted to keep the idea of stempunk with what the future would possibly be like without natural gas.

if you look at the machines they have exhaust pipes on them for the steam power to keep them moving.

right now i’m having problames with the smoke sim so i might have to thank of another way to make steam effect.

the gloss is for rain effect going to add rain drops to get ripples in the gloss to distort the reflections but i’m going to take the rain out of the image just need the effect.

going to be around 10-20 character models if i can get that many, i still have 800,000 verts i can work with
they are going to be low res and the ones in the front will be high res because of the action that will be going on in the scene.

i might add some pipes later but right now i’m working on the modeling and stuff.
i’m rendering an update right now will be done in about 20 min. 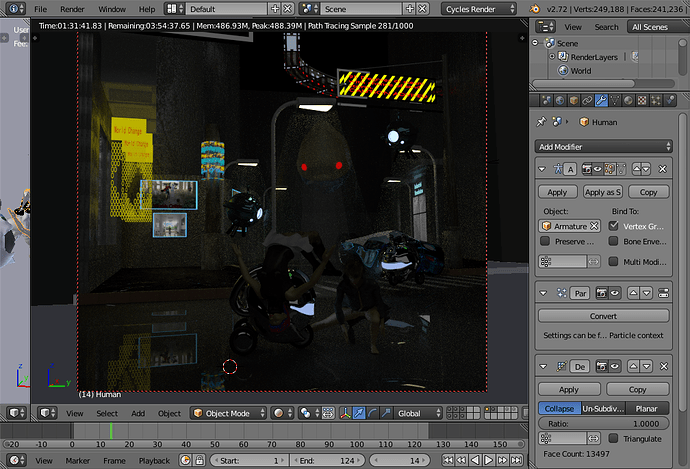 Yeah, I get the troubles with the smoke sim. That’s why I just added it in post processing.
Try adding some side lights; it is still a little hard to make out the geometry.
The robot is an really nice element. Keep up the good work

thought of a way to deal with the smoke/steam issue have a node setup that i made during one of the WEC that mimics it. 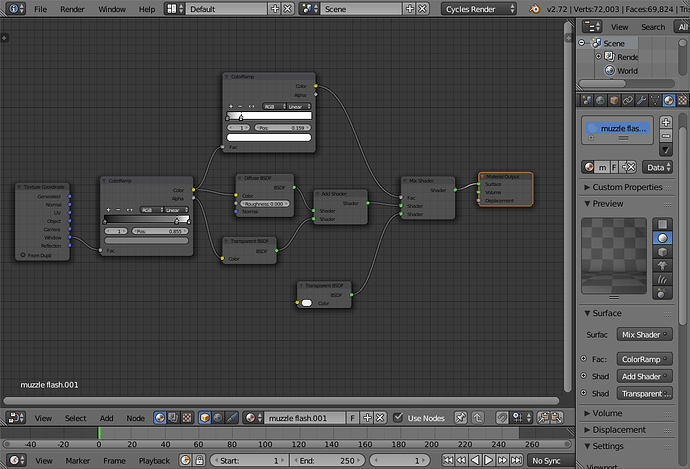 you can use this in conjunction with particles to get smoke effect.
how have to make something to emit with the particles though or it wont work.
and the particles have to be very close to each other. 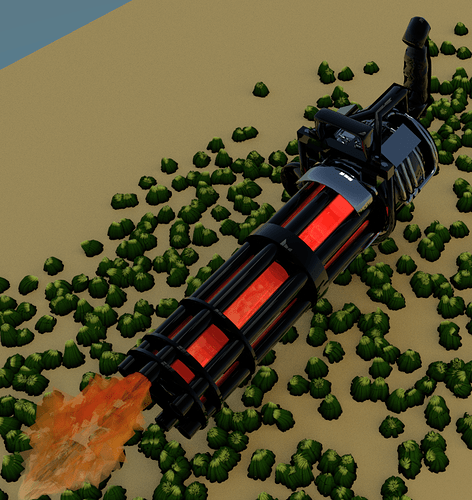 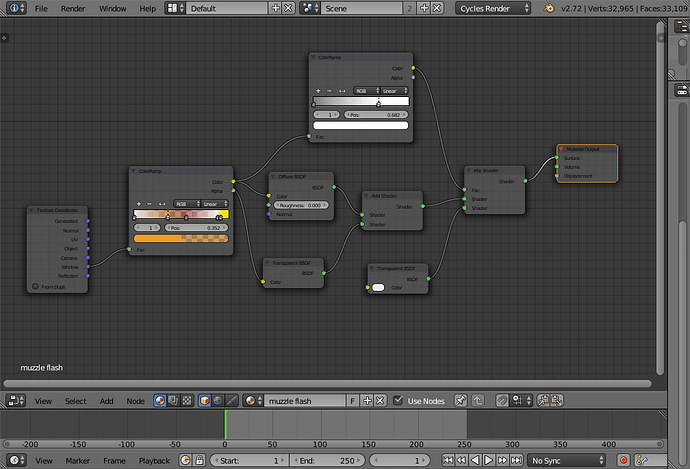 Intersting setup for the fire. Are you going to use it for the smoke as well, and will the flamethrower be in the scene? It looks really cool

i made the node setup when someone told me i needed to make my avatars muzzle flash transparent to get a more real effect.
the white and grey "color ramp"controls the white “alpha” area of the fire and the color “color ramp” controls where the color of the fire goes.
it works the same way with the smoke setup.

the Gatling gun “mini gun” cant be used in my comp scene, because it was made during the blender guru character comp, one of my very first entries in the comp and my best i think.
i would have to remodel it an mod it to work with steampunk

i decided to skip phase 5-6 and go straight for 7 because i’m running out of time going to make about 2-3 more characters then model the robot and start working on the steam sparks and crushing.

this is an up date of what i have so far. 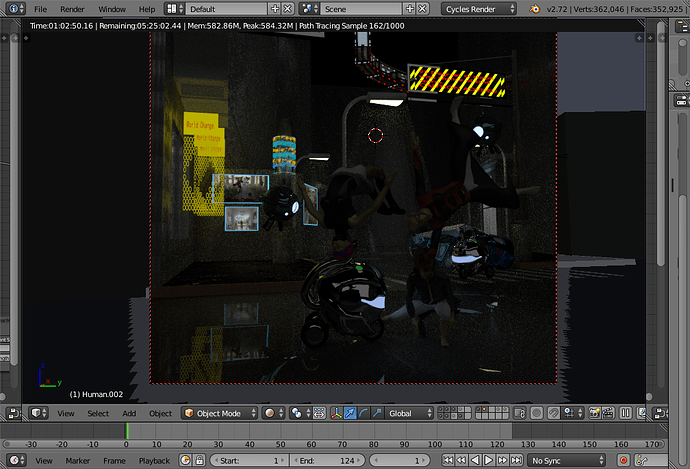 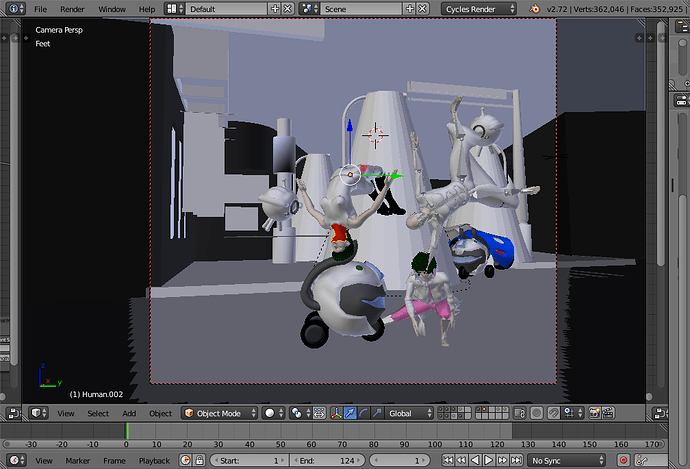 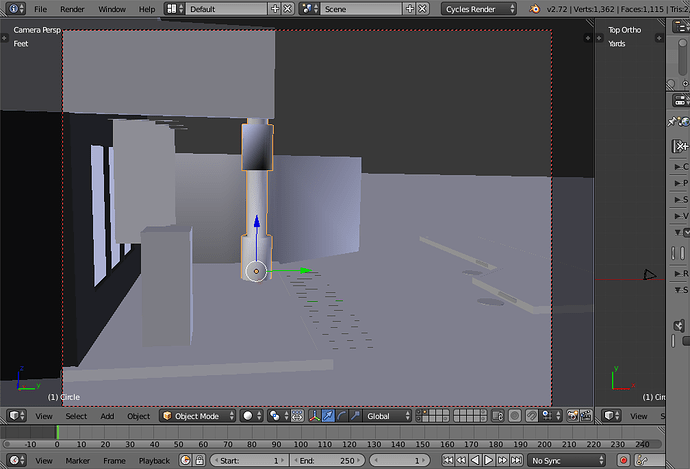 It’s not bad at all but I thnk you would have to work on the ligthing of the scene better. THe center of attention is focused on the yelllow light pannels on the background and the main characters are in the dark without any beam of light that could reveal the volumes.
Maybe add a fill light (ambient light) above the characters and add a white rim light that could simulate rays comming from the… street light (I don’t know the word I’m looking for). 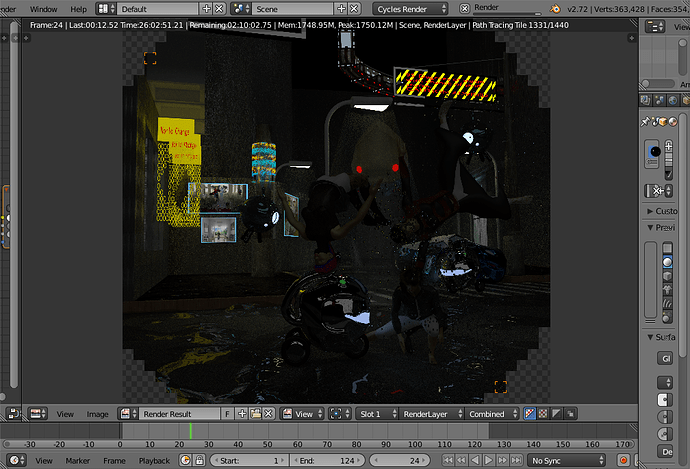 Here my entry for the contest
any comments welcome 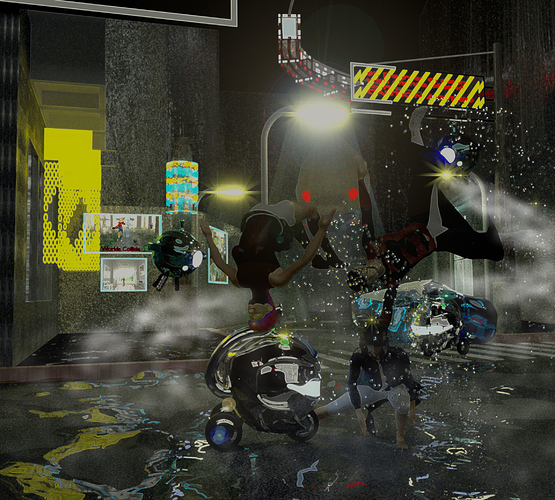