Hey guys, after months of recording music, I’m down to make the music video.

So I was editing yesterday, and while placing the keyboard somewhere else in my desktop, I accidentally pressed a key, and now, every time I try to import a video strip, be it from the add > movie’ buttons, or dragging and dropping, it imports it to the same channel, channel 1. Instead of importing horizontally, for example: Add movie strip, goes to channel 1, then the same procedure, goes to channel 2, and so on.

How do I get back to Blender automatically importing video strips to upper channels? What was the option that I pressed that makes every movie strip import to the same channel? 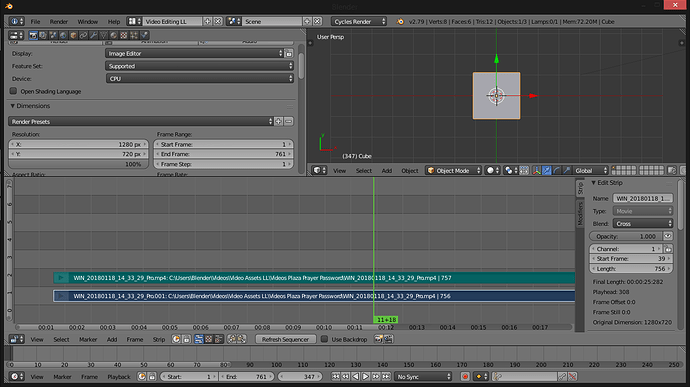 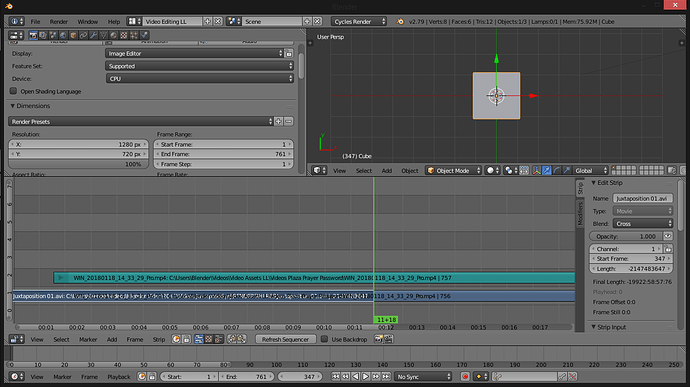 Thats a bug. Blender should always nudge the new strip up to the next available channel.

BUT, if the strip on channel 1 is active and you drag another strip on top, Blender can get confused and locate both on the same channel at the same time.

Try making sure that no strip is selected when you add the next one, Press the A key (maybe twice) to unselect all strips.