Blender in the movies or not?

Ok i’ve just joined blender and i’m just learning it, but the question i have to ask is blender part of the scenes in xmen, and transformers? i didn’t put the header so it makes me look like im rough and i’m not

Welcome to the community.
Not sure about those 2 productions, but it’s been extensively used for the upcoming features “Project London” and “Tube”.

Interesting question. I’m sure that Blender is used a lot in pre-visualization, but I don’t know how much it would (or wouldn’t) be “the tool of choice” in cranking out the final production images for a theatrical deployment. Studios, like all big data-processing shops, tend to standardize their operations around one modus operandi, and then to stick with that strategy come hell or high water. (And, quite sensibly so.)

I would be very interested to know how many studios today, large or small, have put Blender as their primary production tool. (At this point in the product’s continuing evolution, that has indeed become a feasible possibility.)

as their primary production tool.
i don’t think there are ones, but i think it is used in most studios in layout-ing and/or pre-visualizing as it is light and intuitive to use than other 3d solutions out there, but then again days of a pro blender are yet to come

Well, I do know that “production DP shops” do get very particular about … not only which software they use, but exactly which versions. For example, I once worked with a shop that used a very old (but very important) FORTRAN program … for which they licensed from IBM (at considerable, intended-to-be punitive expense) a very old version of the FORTRAN language system, even though IBM had since offered several updated versions of that language which were “much better.” They did this because, in a tremendous mass of engineering calculations which were to stretch over several calendar years (possible, given the limited power of computers at that time…), they wanted to be certain that the results throughout the entire process would be exactly the same.

(I actually encountered a company that was still using an IBM/360, with actual magnetic-core memory, because it supported IBM 1401 AutoCoder emulation. This in the late 1980’s! The 1401 series had been withdrawn 17 years before.)

But of course … “that’s film,” and when we say, “production studio,” we don’t necessarily mean “feature-length theatrical movies.” Sometimes the target is high-res video and the entire workflow (and the company) is of much more recent vintage. I’d like to know how Blender is used in those scenarios.

Well, there is the old story of blender being used for pre-viz in Spiderman 2.

Personally, I hope it starts getting used more for animation (my specialty) where it is streets ahead of the other tools I’ve used.

Apparently it was also used in pre-vis for the tree scenes in avatar, they used cambell’s tree from curves script. It’s mentioned in one of Andrew Price’s talks at the 2010 blender conference.

They finally finished Plumiferos last year. It was all done in Blender. I haven’t seen it in my local theaters yet. 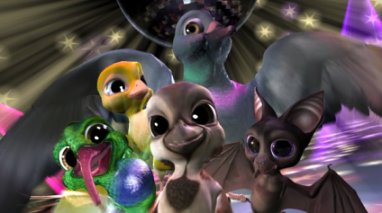 Thank you for all the kind replies, I wasn’t too sure if they had used it as it came up in a conversation with a friend, look forward to seeing more things created from it as some of the stuff on here i think is amazing

There is an entire movie made in blender. It wasn’t a featured film, but it looks cool.