i want to make this game super detailed. i mean like very, sky top dollar detailed
The first quote does not lead to the second. Your computer specs are mediocre so temper your expectations.

which is the limit i should not pass in order to make my game still run good ?
Depends on number of models, lighting used, any physics, animation, python or logic bricks etc etc.
Make up a test scene with various levels of complexity, both models, scene and animation etc and see how your pc handles it

give me absolut all details i should care about ,maibe i had a too good impression about my pc . 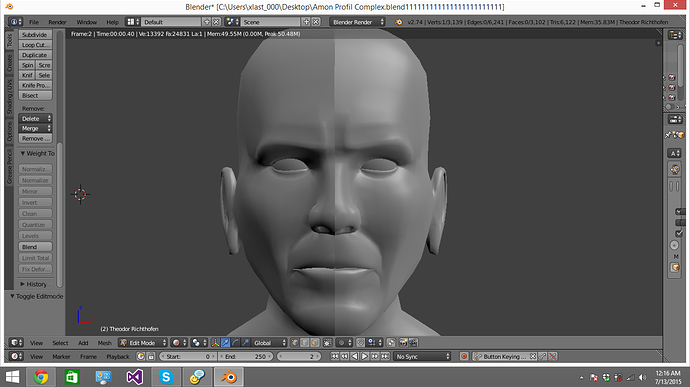 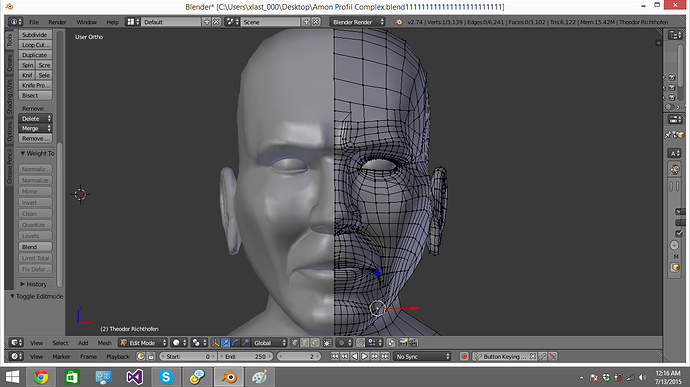 I’m not sure in what universe people have ears on their cheekbones but ok (the correct placement is about the height of your eyes).
Anyway, since you didn’t list a gpu I’m going to make an educated guess and wager you don’t have a dedicated gpu, unless you are really good at writing hyper optimized code (incidentally what I do for a living) then you won’t be able to get away with a lot of tris at all in a game, for an entire character I’d wager 5000-10000 tris is the very absolute top you could afford, and even then that’s probably way too much.

Further your showcased skill does not match your expectation, if you want hyper-detailed models then either get better at modeling, hire someone to do it, or adjust your expectations.
That probably makes me sound like a royal d**khead but it’s the truth, your topology is really bad and that alone will cause additional overhead as raster based gpus are engineered to render triangles, quads or god forbid n-gons force the gpu to recalculate the topology, the amount of t-vertices I see will additionally cause a lot of visual artifacts, especially on integrated gpus.
And that’s ignoring the fact that your topology would deform awfully.

I am really not trying to be mean, the best way to get better is to realize that you suck; a fact I have to deal with every day. My art is bad and poorly optimized and I have to work to get it better, so should you.

I would suggest you: learn about good topology, learn how to cheat (i.e what thing you can afford to omit from your mesh because textures can do the job for you), learn how to write hyper-optimized code and then realize that the project you described is vastly out of scope for any sane human being and adjust your ideas to better fit reality, get a team, or do both… actually do both, both would help.

For a real life example of why triangle count is completely arbitrary: I had a scene with 10622 triangles for test, it ran really poorly at 1-20 fps depending on what I was doing, after optimizing it I got it to run at 60+ regardless, after further optimizing I got it to run at 4400FPS, increasing the triangle count into the millions (by increasing the tesselation and general complexity of the scene by a couple orders of magnitude, specifically 500x) FPS started dipping into the high 50’s (58-60 average, some dips into the territory of 54-56); after further optimization the codebase now runs smoothly again.

Point is, that took months and I’ve been programming for years, a general purpose engine like unity or unreal will never achieve performance like this because they’re meant to be just that, generic; they’re meant to suit a large range of applications, not being hyper-specialized to do one thing really well and really fast.

If you intend to use the blender game engine then forget about hyper-optimized performance, you’re not making crysis and if you think you are you’re going to be better off dropping that delusion sooner rather than later, you CANNOT make something like crysis, you lack the experience and computing hardware to do so, most likely you lack the time and personnel to do so as well.

Set your sights lower, as is you’re essentially equivalent to a medieval person trying to get to the moon with a catapult, your technology isn’t advanced enough nor do you possess the knowledge required.
On the other hand unlike the medieval person you can obtain both, but you have to start smaller.

TL;DR No, you’re not getting a TL;DR, start reading, I only wrote some 8 paragraphs anyway and they’re pretty short.

I ACCEPT all the critics and i definetly want to become better,i know i have tones of shit to learn about programming and blender ,i m a beginner, i have 2 months experience in blender, but looks an awesome program.if here is anyone who would like to help a beginner, i m ready to learn. we can talk and share screens, my skype id is ‘’ lone.wolf49 ‘’. anyone available ?

You’re using a laptop which specs will be inferior to its desktop counterpart.

First thing you will have to do is pick a role,it’s possible to to make indie games on your own or even games a bit more complex with a small team (Games like Rust for example).Larger games will need a large team and an even larger budget.

If you work hard,you might be able to join a large team 5-10 years down the line to work on someones else game depending on your job and skill.You need allot of money if you want to develop your own AAA game with a large team.

something like Rust is good to think for begining, i would like to have a mentor ,a master/teacher i can talk with about Unity and/or Blender so if someone who is seeing my post would be gentl enough to spent 10 -15 minute per day talking with me about this kind of stuff i would apreciate from the bottom(hell down) of my heart. Here is my contact details ,i would like to talk on skype or facebook